, dogged by fines and regulatory scrutiny, revealed several new inquires from state and federal watchdogs as it seeks to sell shares in one of the year’s most anticipated public offerings.

Among the fresh disclosures made in its registration statement: U.S. prosecutors demanded access to Chief Executive Officer mobile phone, New York is poised to penalize the brokerage for alleged money-laundering lapses and brokerage regulators called it out for not reporting trades.

Robinhood has grown accustomed to such attention, having faced sanctions, probes and angry lawmakers as its evolved from a hot startup to a firm that’s become ubiquitous for its popular trading app. 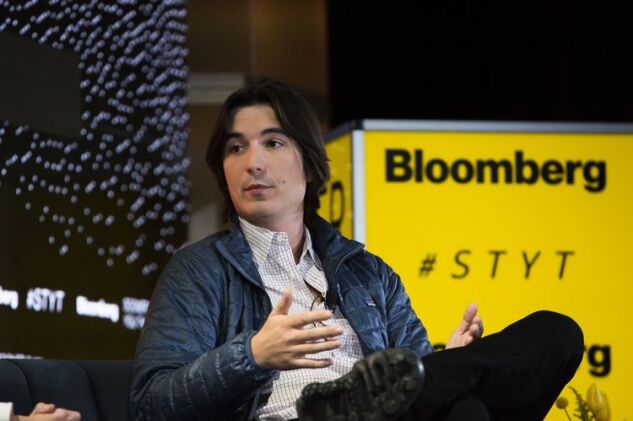 The firm’s rapid growth has been fueled by the legions of customers it added during the Covid-19 pandemic and because it’s the go-to destination for investors who want to trade hot stocks like But those same factors are why Robinhood is in Washington’s crosshairs, and the firm cautioned potential shareholders Thursday that new rules and penalties could pose myriad risks to the company.

The firm estimates that it may end up paying at least $15 million to settle allegations from the New York Department of Financial Services that it didn’t do enough to prevent money laundering and cybersecurity breaches. Robinhood disclosed it has reached a preliminary settlement, which will require the company to appoint a monitor -- setting up potential compliance headaches. The California Attorney General’s Office separately subpoenaed Robinhood in April, seeking documents about its trading platform and business operations.

The filing also provides new details about the scrutiny that the firm faces following January’s frenzied GameStop trading. Robinhood came under fire for temporarily restricting trading as it dealt with a barrage of buy orders that left it struggling to meet clearing requirements. The firm, Tenev and others have gotten “requests for information, and in some cases, subpoenas and requests for testimony, related to investigations and examinations of the early 2021 trading restrictions,” Robinhood said.

Robinhood said those examining the company include the U.S. Justice Department’s Antitrust Division, the Securities and Exchange Commission, , lawmakers and states’ attorneys general. In one instance, the U.S. Attorney’s Office for the Northern District of California executed a search warrant tied to Tenev’s phone earlier this year.

The Thursday filing referenced SEC Chair by name, highlighting comments he’s made about how Robinhood makes money and so-called “gamification” -- video-game like features that have been linked to its app.

Payment-for-order flow, the practice of market makers paying Robinhood and other brokers for the right to execute investors’ stock trades, has been a particular target for Gensler, as he’s called it inherently conflicted. Robinhood said that if the SEC or other watchdogs tighten rules, “we could face a heightened risk of potential regulatory violations and could be required to make significant changes to our business model.”

Robinhood filed its registration statement one day after Finra -- the Wall Street-funded brokerage regulator -- announced the firm would pay almost $70 million to settle numerous claims, including that it misled customers, had weak technology oversight and allowed thousands of users to trade options even though they may not have been suitable candidates. The SEC fined Robinhood $65 million in December, alleging that the brokerage failed to disclose for years that it made the bulk of its revenue from payment-for-order flow. Robinhood settled both cases without admitting or denying wrongdoing.

To contact the reporter on this story:
in Washington at jwestbrook1@bloomberg.net