A rulemaking revamp at the Federal Trade Commission comes alongside other efforts Chairwoman Lina Khan led to ramp up enforcement of competition and consumer protection laws.
Photographer: Saul Loeb/Bloomberg

The Federal Trade Commission is keeping an eye on companies to ensure they aren’t using rising inflation as an excuse to coordinate illegal price hikes, chair said.

“Instances in which companies may be signaling to each other that they’re looking to engage in coordinated price hikes, that’s something that has deep antitrust ramifications and is something that’s on our radar,” Khan said in an interview Wednesday. 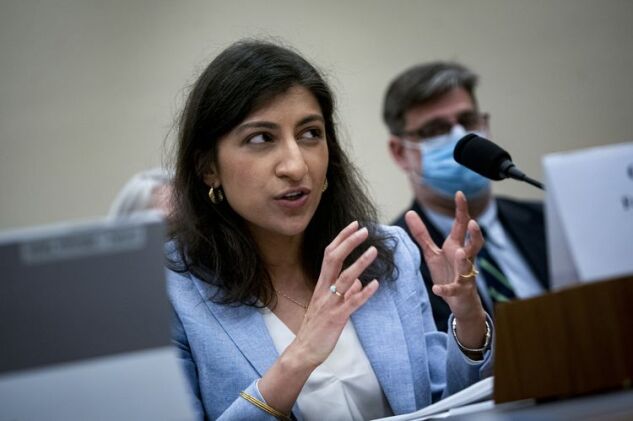 The antitrust agency can pursue cases against companies that approach rivals about coordinating prices, even if those price hikes never take place. The FTC has brought cases against such “invitations to collude,” Khan said.

Khan refuted arguments that corporate concentration isn’t impacting the highest recorded inflation in decades. Former U.S. Treasury Secretary and other economists that corporate power isn’t a cause of rising inflation, rebutting Democratic lawmakers and progressives, who argue that companies are using the pandemic as an excuse to .

“Concentrated markets could be contributing to or exacerbating what we’re seeing in terms of companies’ ability to raise prices,” she said. “An inflationary environment could give cover for companies to either unilaterally or in coordination be raising prices that consumers are more resigned to accepting.”