Signage in front of a building on the Google campus in Mountain View, California, U.S., on Wednesday, Oct. 21, 2020.
Photographer: David Paul Morris/Bloomberg

Since left office almost four years ago, antitrust enforcement has gone from a backwater of Democratic policymaking to a key tool for reshaping the U.S. economy.

That trend is expected to continue -- and could even accelerate -- under a Joe Biden administration, according to antitrust experts and those who advised his campaign on competition policy.

Biden will take office as progressives have come to see antitrust enforcement as a means for tackling the power of dominant companies and improving economic outcomes for workers. There’s mounting evidence that many industries have grown more concentrated, contributing to such economic woes as income inequality, declining business investment and stagnant wages.

The new consensus in the antitrust establishment that a tougher approach is needed sets the stage for Biden to take a harder line than Obama did, said Michael Kades, the director of markets and competition policy at the left-leaning Washington Center for Equitable Growth and a former lawyer at the . 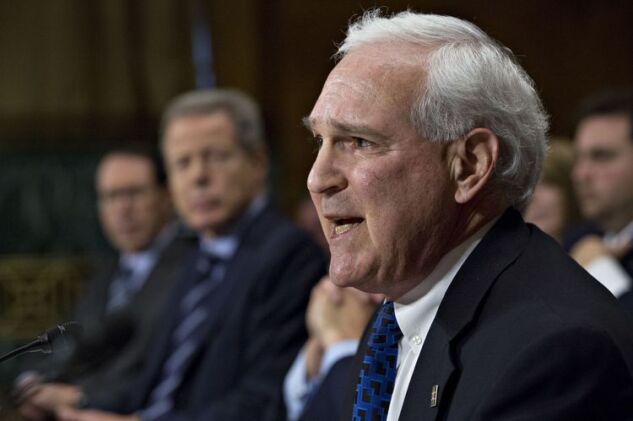 Biden also named former FTC deputy counsel , a 35-year veteran of the agency, as lead for the FTC transition team.

Antitrust lawyers who advised the Biden campaign produced recommendations for the transition team that supported more robust enforcement, according to two people involved.

At the top of the to-do list will be the Justice Department’s against ’s Google for allegedly abusing its dominance in online search. Biden’s Justice Department will take over the lawsuit, which is in the early stages after it was filed in October.

, an antitrust analyst at Bloomberg Intelligence, said she expects the Biden administration will continue litigating the case, which she called a “solid lawsuit.” The case could potentially be broadened if state attorneys general file their own lawsuits against the company in the coming weeks and the complaints end up being consolidated, she said.

The Google case, the biggest monopoly action against a company in the U.S. in two decades, marked a sharp reversal in antitrust enforcement. Under Obama, FTC and officials stopped a slew of mergers, but they didn’t bring any major monopoly cases.

To advocates of tougher enforcement, the Obama administration was seen as too cozy with Silicon Valley, allowing technology giants like Google and to vacuum up promising startups and solidify their grip over digital markets.

Since then, a movement has emerged to spotlight the power of dominant companies and push for more aggressive policing of their conduct. By last year, the antitrust landscape had shifted dramatically. Senator of Massachusetts proposed a plan to break up tech giants while the Justice Department, the FTC and House Democrats opened investigations of the industry’s biggest companies.

In October, a House antitrust probe led by Representative of Rhode Island produced a 449-page report that said dominant tech platforms had abused their power and of antitrust laws. That report could serve as an antitrust platform for the Democratic Party, said Matt Stoller, research director at the American Economic Liberties Project, which advocates for enforcement against dominant companies.

“This is a very different environment where everybody is saying we have a monopoly problem,” said Stoller. The Biden administration is “going to have to deal with it, and I think they’re open to dealing with it,” he said.

On Tuesday, the European Union hit with a accusing the online retailer of violating antitrust rules for using business data from independent sellers on its marketplace that could benefit the company’s own retail arm. The case echoes complaints from Warren and Cicilline, who say big tech companies like Amazon should be banned from running platforms that other businesses depend on and competing against those firms.

Biden, along with many lawmakers, may also push for changes to Section 230 of the Communications Decency Act, the legal shield that protects tech companies from being held liable for their content. Members of both political parties have criticized the clause as one reason the social-media companies were able to usurp the role of traditional media and achieve dramatic growth.

But political differences could prevent a legislative solution: Republicans say Section 230 opened the door for digital platforms to suppress conservative opinions and want the tech companies to do less content moderation. Democrats say the legal shield has allowed the spread of extremist right-wing views and want more content policing.

Biden has said he supports the repeal of Section 230 but hasn’t proposed specific changes.

Progressives already are pressuring Biden to appoint officials who will ratchet up antitrust enforcement. In an October letter to Biden’s transition team, 38 progressive groups said corporate concentration is one of the most serious issues facing the country and called for appointees who will “challenge corporations’ dominance over our economy and democracy.”

, the vice president-elect, who is likely to play a role in filling top posts and setting antitrust policy, may give the groups reason to worry.

As a former California attorney general, U.S. senator and presidential candidate, she is friendly with much of Silicon Valley’s elite, some of whom helped finance her campaigns. And because of her law-enforcement background, she could influence Biden’s choice for U.S. attorney general, who would set antitrust policy at the Justice Department. 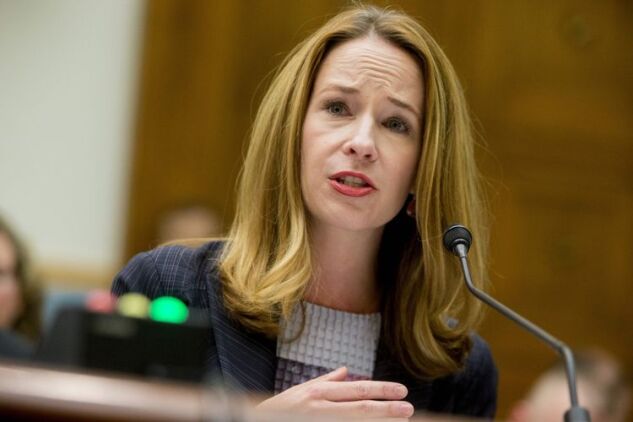 Biden adviser is expected to play a leading role in shaping the administration’s approach. McSweeny was a member of the FTC from 2014 to 2018 and before that was a senior official in the Justice Department’s antitrust division. She’s now a partner at Covington & Burling LLP in Washington.

On the eve of the election in 2016, McSweeny gave a speech in which she warned about a “troubling decrease in competition” in the economy and argued that antitrust police had become too cautious. McSweeny didn’t respond to a request seeking comment.

Another figure who could shape Biden’s antitrust policy is former Democratic Senator of Delaware, who is helping to lead Biden’s transition team. In a 2018 column in the News Journal in Wilmington, Delaware, Kaufman derided the rise in concentration across industries, from cable to banking to airlines. He praised the rise of the “New Brandeis” movement, a group of activists and scholars who have been instrumental in bringing attention to the issue.

Biden economic adviser Ben Harris also has an interest in antitrust and how it can help workers. He is writing a book with Harvard Law School’s Sharon Block titled “Inequality and the Labor Market: the Case for Greater Competition.” It will propose reforms to labor and antitrust laws with the goal of pushing wages higher, making workplaces safer and increasing mobility.

Using antitrust law to help workers is one of the policy recommendations from the unity task force, made up allies of Biden and Senator of Vermont. The document calls for antitrust enforcers to consider possible harmful effects on labor markets when evaluating mergers.

Biden hasn’t detailed a competition policy for his administration. But some remarks offer clues. After the Justice Department sued Google, the Biden campaign raised concerns about rising concentration.

“While we will not comment on specific lawsuits and companies, Vice President Biden has long said that one of the greatest sins is the abuse of power,” spokesman Bill Russo said in a statement. “And growing economic concentration and monopoly power in our nation today threatens our American values of competition, choice, and shared prosperity.”

Biden recalled a meeting he had with Silicon Valley executives whom he described as having “overwhelming arrogance” in a December interview with the New York Times.

“One of these righteous people said to me that, you know, ‘We are the economic engine of America. We are the ones,’” he said. “As I added up the seven outfits, everyone’s there but Microsoft. I said, you have fewer people on your payroll than all the losses that General Motors just faced in the last quarter, of employees. So don’t lecture me about how you’ve created all this employment.”

Even Obama-era officials have acknowledged the need to take more risks. , the head of the Justice Department’s antitrust division during Obama’s second term, told Congress in October that antitrust enforcement has been “warped” by courts that are demanding a level of proof that is unrealistic.

But he also blamed enforcers. “The legitimate goal of analytically sound and fact-based enforcement has morphed into an overly cautious approach by the courts and to some extent by the enforcers themselves,” said Baer, who was among a large group of outside advisers to the Biden campaign on antitrust matters and is now part of Biden’s review team for the FTC.