Senate confirmation hearings for Supreme Court nominees are long and often contentious. The hearing for Judge Ketanji Brown Jackson featured marked highs, lows and viral moments from senators on both sides of the political aisle.

Republicans interrupted Jackson, lobbed her way, and grilled her on topics like critical race theory, gender identity and her work as a board member at Georgetown Day School in Washington, D.C. Democrats, by contrast, used their time to champion Jackson and the history she might make if confirmed as the first Black woman to serve on the Supreme Court.

Democrats’ narrow control of the Senate means Jackson’s confirmation is all but assured. This week, Senate Judiciary Chair Dick Durbin said he expects his committee will on sending her nomination to the full Senate.

Here are eight must-see moments that highlight the drama of the hearing. 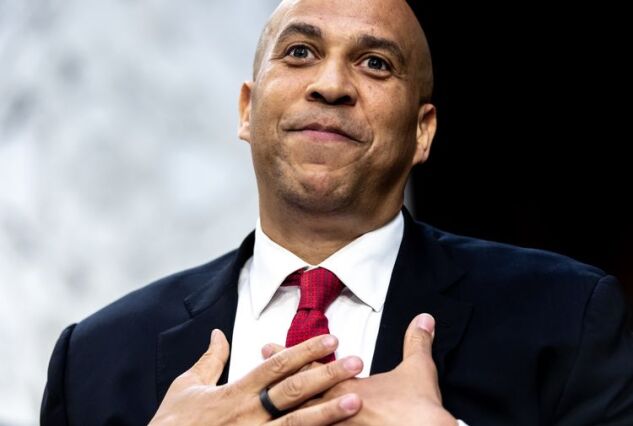 In two now-viral moments, Senator Cory Booker of New Jersey praised Jackson’s career, as well as the feelings she inspires in other people. “I’m not letting anybody steal my joy,” he said in his first statement, a refrain that he called upon later when telling Jackson about another Black woman he encountered who was galvanized by her. “You got here how every Black woman in America has gotten anywhere has done,” he added in his second address, which he also used to refute the cross-examination by Senator Josh Hawley and others. “You have earned this spot,” Booker added. “You are worthy. You are a great American.”

In an exchange with Senator Dianne Feinstein, a California Democrat, the two women touched on the significance of Jackson likely being the first Black woman to serve on the U.S. Supreme Court. Jackson would be the fourth female justice on the current court, the most in the court’s history.

“Since I was nominated to this position, I have received so many notes and letters and photos from little girls around the country who tell me that they are so excited for this opportunity and that they have thought about the law in new ways,” Jackson said. “Because I am a woman, because I am a Black woman, all of those things people have said have been really meaningful to them. We want I think as a country for everyone to believe that they can do things like sit on the Supreme Court. And so having meaningful numbers of women and people of color, I think matters. I also think that it supports public confidence in the judiciary when you have different people because we have such a diverse society.”

Senator Ted Cruz, a potential 2024 candidate for president, had several controversial moments. In one instance, he used several books on racism as props. For the picture book “Antiracist Baby” by Ibram X. Kendi, he asked Jackson if she thought babies were racist. His use of another, “The End of Policing” by Alex Vitale, drove that book to the top of the Amazon bestseller list for its category.

Cruz also asked Jackson about , a framework that is often distorted by conservative lawmakers. Jackson in response said she had “never studied critical race theory, and I’ve never used it. It doesn’t come up in the work that I do as a judge.”

Cruz’s question style wasn’t without direct rebuttal: Senator Patrick Leahy, a Vermont Democrat and the president pro tempore of the Senate, said that Cruz “likes to get on television.” Cruz was later spotted seemingly checking his social media in the chamber.

On Wednesday, Senator Tom Cotton of Arkansas pressed Jackson on sentencing during her time on the bench. When Jackson said she didn’t remember all the details of a child pornography case he was asking about, Cotton, a Republican, said he didn’t find it “credible” that she couldn’t recall. Sentencing experts and lawyers, including a prominent conservative, have called accusations that Jackson has been soft on sex crimes through her comments and sentences in child pornography cases at best.

In one of the most contentious exchanges of the entire four days, Senator Lindsey Graham of South Carolina as well, a line of attack that came up repeatedly from the GOP. Graham, a Republican, also used the time to air grievances about the treatment of other judicial nominees, including Supreme Court Justice Brett Kavanaugh, who had a contentious confirmation hearing of his own, and Janice Rogers Brown, whose D.C. Circuit nomination was blocked for two years after she was nominated by then-President George W. Bush.

While his fellow senators attempted to spar with Jackson, Durbin, a Democrat from Illinois, sparred with them. He used his gavel repeatedly when he told Cruz that the latter’s time had expired, and Graham’s questioning regarding Kavanaugh’s confirmation hearing, as well as Graham’s repeated interruptions of Jackson before she could answer. Durbin later used his time to comment that several media outlets had debunked statements made by Hawley regarding Jackson’s sentencing history.

Senator Marsha Blackburn, a Republican representing Tennessee, invoked a number of issues, including critical race theory, whether abortion is a right explicitly granted in the Constitution, as well as how Jackson would define a “woman.” She also questioned how schools should approach children whose gender does not align with the one they were assigned at birth.

The LGBTQ rights group GLAAD pushed back on Blackburn’s questioning, as well as those by several of her peers. “Judge Jackson revealed the intelligence, integrity, and temperament crucial to her next role as a Supreme Court justice, despite the clear lack of those traits by senators grandstanding in her historic hearings,” the organization said in a statement.

Senator Alex Padilla, a California Democrat, asked Jackson to address young Americans with big dreams. She recalled a chance encounter she had with a stranger on Harvard’s campus during her freshman year: “I was really questioning, ‘Do I belong here? Can I make it in this environment?’” she said. “And I was walking through the yard in the evening and a Black woman I did not know was passing me on the sidewalk. And she looked at me, and I guess she knew how I was feeling, and she leaned over as we crossed and said, ‘Persevere.’”

Jackson also said that she hopes to inspire other young people who want to go into law, which is for its lack of diversity among associates and partners, as well as for the biases that Black women and other women of color in law school have faced.

(Adds vote date in third paragraph. An earlier version was corrected to remove a reference to interracial marriage in 13th paragraph.)

To contact the authors of this story:
in New York at eceron1@bloomberg.net

in New York at kbutler55@bloomberg.net

To contact the editor responsible for this story:
at lrupp2@bloomberg.net