The US Bureau of Labor Statistics reported that the consumer price index increased just 0.1% for August after no change in July. However, inflation remains a concern because over the last 12 months, the index rose 8.3% before seasonal adjustment. And those rates could impact your 2023 tax picture.

The CPI measures the cost of goods and services in urban areas—in other words, your cost of living. It’s the most widely used measure of inflation since, as prices go up, the purchasing power of your dollar goes down. This is important information for taxpayers because the Tax Code provides for mandatory annual adjustments to certain tax items based on inflation.

(For more on inflation and the CPI, including a look at how the chained CPI works, check out this previous article.)

Here’s how that translates into dollars.

The additional standard deduction for blind people and senior citizens will be $1,500 for married individuals and $1,850 for singles and heads of household in 2023.

Bloomberg also predicts that the standard deduction for taxpayers who may be claimed as a dependent by another taxpayer will be the greater of $1,250 or the sum of $400 plus the individual’s earned income.

Tax brackets are also expanding. You can take advantage of these early numbers now. As Rothman noted, “Taxpayers and advisers can use our projections to begin their 2023 tax planning before the IRS publishes the official 2023 inflation-adjusted amounts later this year.”

Here’s how those are expected to look. 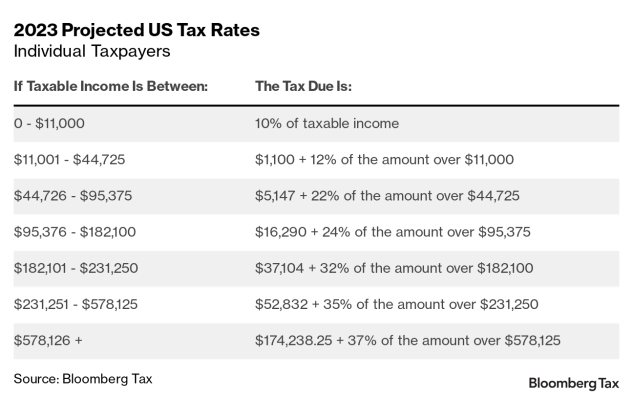 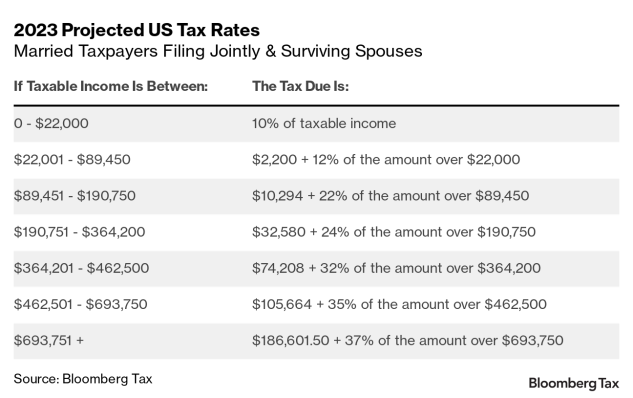 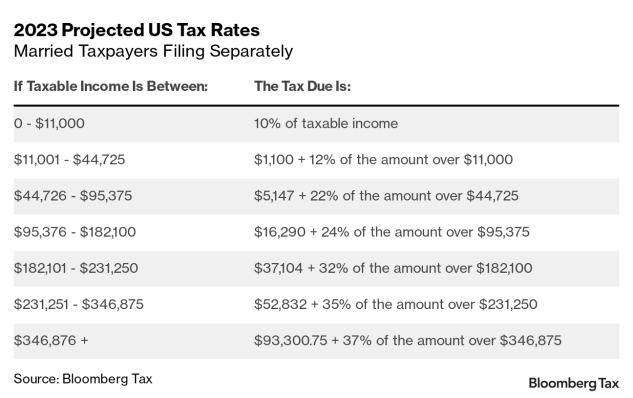 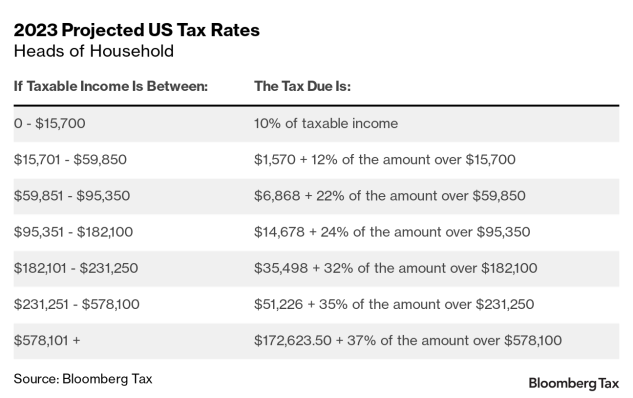 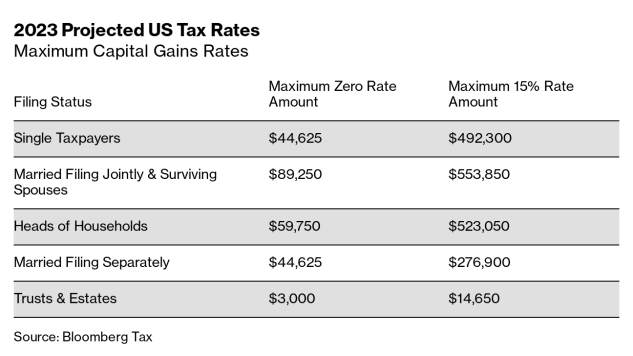 (For more on how the federal estate and gift tax system works, check out this previous article.)

Wider tax brackets and increased exemptions and credits typically mean lower tax bills for most taxpayers, which is a good thing. But remember that this isn’t a bone being tossed to voters; it’s a statutory increase due to inflation.

Finally, remember that these are just projections. The IRS will publish the official tax brackets and other tax numbers for 2023 later this year—typically in October—and we’ll share those when available.

To contact the editor responsible for this story: at mcohen@bloombergindustry.com