Prosecutors in Spain are calling for more than eight years in prison if they succeed in their tax fraud case against pop star Shakira. The entertainer, now a household name, has denied the charges.

Shakira, whose full name is Shakira Isabel Mebarak Ripoll, was born in Colombia in 1977. She recorded her debut album, “Magia,” at age 13. As she got older, she churned out hits such as “Hips Don’t Lie” and “Whenever, Wherever,” making her a global celebrity—and a rich one. In 2008, Forbes named Shakira the fourth-most-earning female artist in the music industry, landing a spot between Céline Dion and Beyoncé.

Two years later, Shakira was the most-searched-for female entertainer on Google—the same year she recorded “Waka Waka (This Time for Africa),” the official song of the 2010 FIFA World Cup. The video for the song has been viewed more than 3 billion times on her YouTube channel.

Before she met Piqué, Shakira resided in the tax-favored Bahamas. According to Spanish tax authorities, she continued to claim that she lived in the Bahamas for tax purposes until 2015, when she officially switched her residency to Spain. 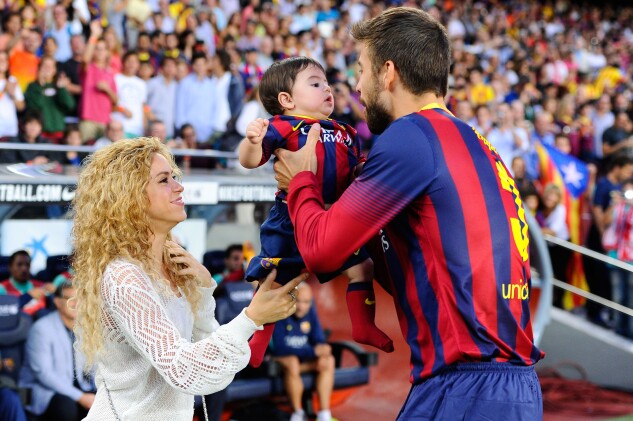 Shakira and Gerard Pique of FC Barcelona are seen with their son Milan prior to the La Liga match between FC Barcelona and Sevilla FC at Camp Nou on Sept. 14, 2013, in Barcelona, Spain.
Photographer: David Ramos via Getty Images

However, Spanish tax authorities claim she actually was a resident of Spain much earlier—from 2011 through 2014. She even, they noted, purchased a home in Barcelona in 2012, where she lived with Piqué and, eventually, her two children.

By law, individuals are considered Spanish residents for tax purposes if they spend more than 183 days in Spain during a calendar year or if Spain is their focus or center of economic interests.

As part of their efforts to prove Shakira was a resident of Spain, tax investigators followed the entertainer to places she frequented, such as her hairdresser, her personal trainer, and a local school where she was regularly observed dropping off her children. Investigators also checked credit card receipts and tracked Shakira’s activity on social networks such as Instagram, where she has more than 76 million followers.

In 2020, a Spanish newspaper, El País, published a reconstruction of her schedule based on the investigation. That schedule supported the idea the entertainer spent more than 200 days in Spain in each of 2012, 2013, and 2014. According to investigators, Shakira did not visit her home in the Bahamas for a single day during that time. 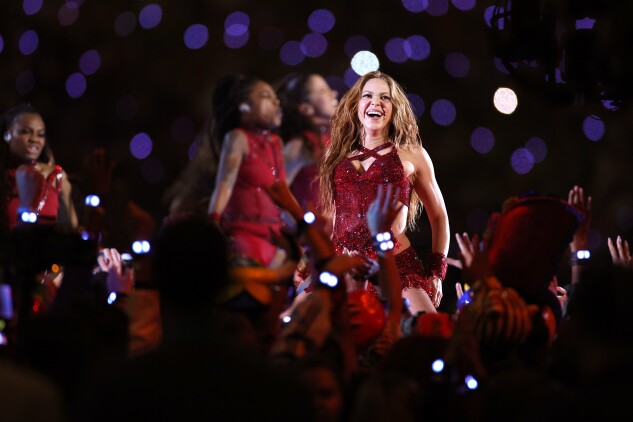 Now, prosecutors are moving ahead with criminal charges after Shakira reportedly rejected a settlement deal, though no trial date has been set. In addition to significant prison time, authorities are seeking 23.7 million euros (approximately $24 million) in fines. The authorities suggested they are pursuing such a harsh punishment because of the relatively large amount of money involved and Shakira’s alleged use of tax havens—her name appeared in both the Paradise Papers and the Pandora Papers.

Of course, simply having an offshore account isn’t a crime in most countries, such as the US and Spain—it’s not evidence of wrongdoing. But failing to report that income is a crime. You can read my take on the Pandora Papers here.

The authorities have acknowledged there is a mitigating factor in the case: Shakira previously paid millions to settle part of the alleged tax debt, although she did not admit she owed the tax.

Paying up doesn’t automatically clear the slate. Footballer—and former FC Barcelona right-winger—Lionel Messi made what he called a “corrective payment” to Spanish authorities after being charged with tax crimes. Messi was subsequently found guilty of criminal tax fraud in Spain and sentenced to under two years in prison—though he served no actual jail time.

So what does this mean for those of us who aren’t Grammy-winning superstars? Plenty. When it comes to tax, residency is important no matter who you are. Most countries—the US included—have specific rules for determining residency.

If you are not a US citizen, you can still be a US resident for tax purposes if you meet either the green card test or the substantial presence test for the calendar year.

The green card test is precisely what it sounds like: You generally have this status if the US Citizenship and Immigration Services issued you a Permanent Resident Card, Form I-551, or green card.

Many states also have residency requirements based on days present in the state. That’s become more of an issue for remote workers—and auditors. A recent New York case, Obus, proves how tricky residency can be.

Evidence such as a driver’s license, automobile registration, or voter registration card can be used to support—or rebut—a claim for residence. Ditto for bank records, pay stubs, and subscriptions.

I advise clients to think about how they spend their days and think about what trail they leave behind on a regular basis—for me, that would be library cards and receipts for coffee. Those details matter. Without proper support, as Shakira crooned in her duet with Metallica, “Nothing Else Matters.”