SEC Chairman Gary Gensler's ambitious regulatory agenda has people wondering how much of it he can get done.
Photographer: Evelyn Hockstein/Reuters/Bloomberg

The joke in Washington is that could inspire his own version of the game, “Drink Every Time...”

The rules: Down a shot every time the chief says he’s “asked the staff” to consider new regulations.

Gensler has “asked the staff” about oversight for crypto -- drink. For online brokers -- drink. For green investment funds -- drink. During two recent congressional hearings, Gensler used the phrase no fewer than 30 times, enough, one lobbyist quipped, to induce alcohol poisoning. 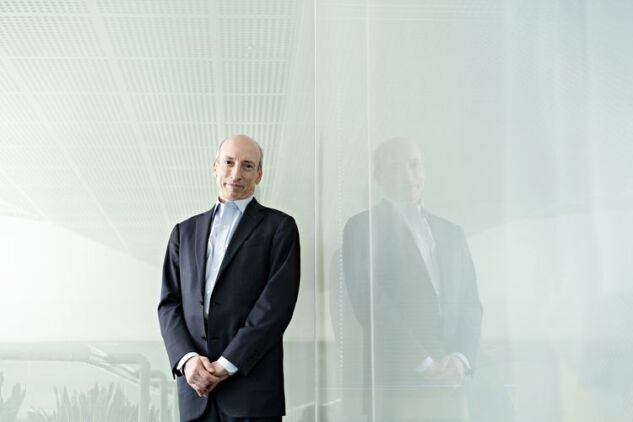 But for Wall Street, Gensler’s plans are hardly something to laugh about. He’s laying out one of the most ambitious agendas in the SEC’s 87-year history -- some 49 proposals, many already drawing opposition from hedge funds, stock exchanges, online brokers and public companies. He’s been similarly aggressive on agency enforcement cases, which can tank share prices, spur fines and trigger embarrassing publicity.

Gensler, an ex- executive whose earlier Washington experience includes a hard-fought battle against big banks to bring oversight to the vast derivatives market, says he’s confident the SEC can move ahead on many issues at once. In an interview, he added that he sometimes thinks of the famous Martin Luther King Jr. speech about the “fierce urgency of now” when it comes to the regulator’s agenda.

The frenetic pace has some SEC veterans, and even Gensler’s supporters, worried that he may be so overextended that he ultimately fails to get much accomplished. They wonder if he’s leading the commission into a morass of politicking, lawsuits and even a rebellion by the regulator’s unionized workers. Many are asking: how will Gensler pull this off?

“You have to think it will be quite a challenge for the SEC staff to achieve,” said , a former agency official who now runs Fulcrum Macro Advisors, a Washington policy research firm.

A few Democrats and outside advisers have urged Gensler, 63, to narrow his scope to a more manageable load. The policies he’s advocating, they argue, may take years to complete and have prompted powerful corporate interests to start discussing strategies for suing the SEC.

For his part, Gensler insists he has no priorities because everything is at the top of the list. “Don’t ask me about my three daughters and which one I spend more time with,” he said.

There is plenty of action inside the agency. Gensler has set up some 50 teams involving about 200 people to write rule proposals. Each has staff from the general counsel’s office as well as economists to carefully weigh the costs and benefits, a key requirement of federal law. He is keeping close tabs on the progress; the groups have been directed to send regular updates to the chair’s office on the state of play.

Lawmakers’ other priorities include reining in special-purpose acquisition companies, or , responding to this year’s implosion of family office and getting a handle on the unchecked growth of cryptocurrencies.

One area vexing Wall Street is Gensler’s pledge to overhaul the equity market’s plumbing in response to this year’s meme-stock mania. The wild trading has prompted several congressional hearings and put firms, including and , on edge because new regulations could hurt their lucrative businesses.

Executives who’ve met with SEC officials have been privately cautioned that the market structure rules being developed may be extreme, according to people familiar with the matter.

The warning from inside the agency shouldn’t come as a surprise. Interviews with more than two dozen people who have served in the government with Gensler or clashed with him when he ran the during the Obama administration say he won’t pare back his ambitions or shy away from a fight.

Most of those willing to discuss Gensler candidly requested anonymity. Some said they admire him, while others had a hard time mentioning his name without adding an epithet. But all said they would never bet against him.

They painted a picture of a relentless and skilled manipulator of the bureaucracy who cares little about making enemies or exhausting staff members. Those qualities, the people noted, explain how Gensler became one the youngest partners ever at Goldman Sachs and how he was able to force Wall Street to bring swaps out of the shadows after the 2008 financial crisis while leading the CFTC.

“If anyone underestimates his ability to get things done, they do so at their own peril,” said , a lobbyist at law firm Steptoe & Johnson. 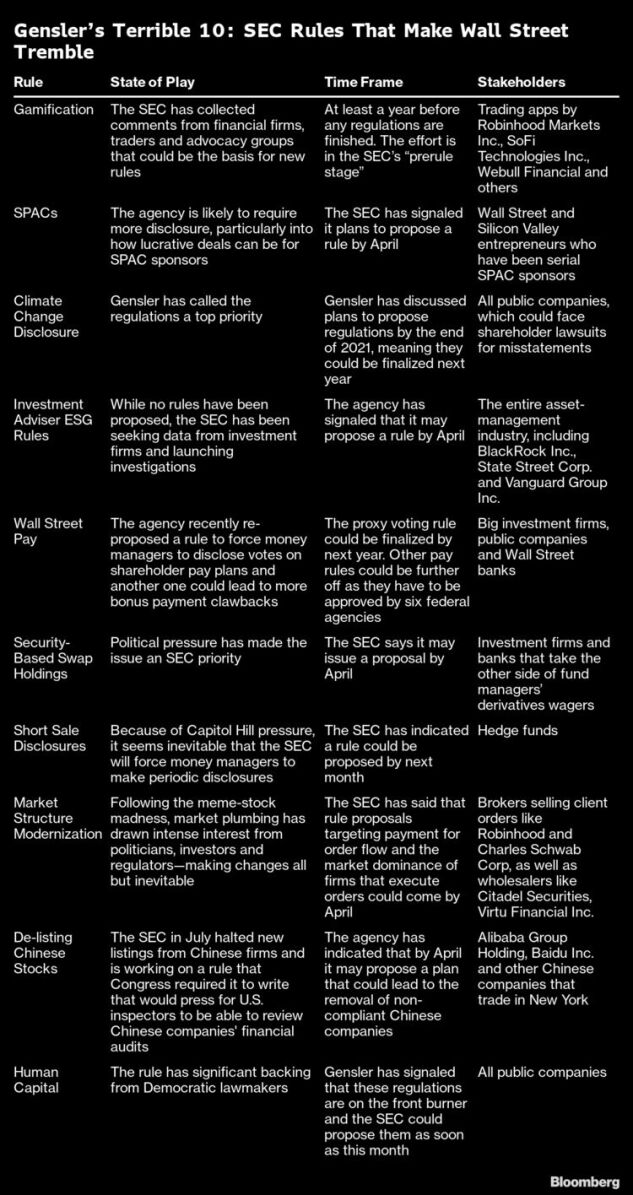 Still, much of Gensler’s agenda is daunting. Finding a solution to the social-media driven surges of , and other meme stocks, for example, entails confronting several complicated issues. Tampering with any one could have unintended consequences for millions of investors.

Take “gamification,” the video-game like prompts that, critics say, encourage excessive trading by customers of Robinhood and other app-based brokerages. The SEC is examining whether such nudges are akin to offering investment advice, which would trigger a thicket of additional regulations. However, securities rules developed decades ago to police human brokers may not be effective in helping investors who are addicted to buying and selling stocks on their smartphones.

A related issue is so-called payment for order flow, in which trading firms pay brokerages to execute clients’ stock orders. Major online brokers rely on the practice to offer customers commission-free trades, but Gensler has suggested that it could be banned.

Eliminating the payments would cut right though the business models of electronic-trading firms that control much of U.S. stock trading, including Citadel Securities and They are already vigorously opposing such a move, as are Robinhood, and other brokers.

Other policy changes Gensler is contemplating have their own enemies list. Hedge funds, for example, are concerned that they will have to reveal much more about their investing strategies, including short positions.

Crypto firms bristle at Gensler’s contention that they are peddling securities, which would trigger SEC oversight for the unregulated industry. Last month, , the chief executive officer of the exchange Coinbase Global Inc., went on a Twitter rant, accusing the SEC of “intimidation tactics” after the agency threatened to sue if the company rolled out a product that would let customers earn interest on their token deposits. 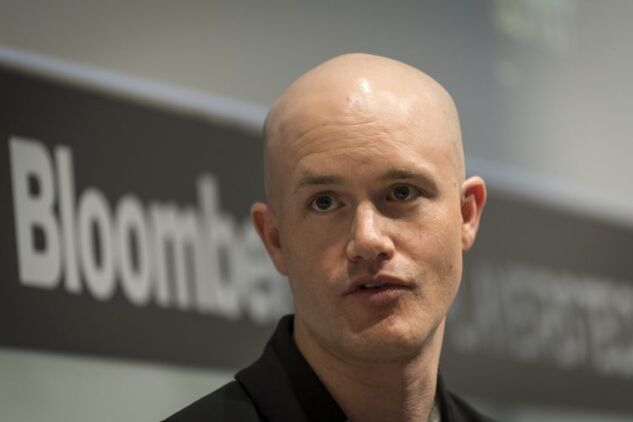 Several white-collar defense lawyers who used to work at the SEC said they couldn’t remember a similar situation and called it an inappropriate use of the agency’s enforcement powers. Still, for a regulator that’s perpetually outgunned by industry, the strategy was effective. Coinbase shelved the product.

As Gensler combats outside forces, he also faces internal challenges.

When he led the CFTC, Gensler drove people hard to implement post-crisis swaps rules and they formed a union after he left. The SEC is already unionized and in what could be a harbinger of labor troubles, workers recently filed a grievance against Gensler for not extending a Covid-related benefit that let employees care for children during business hours.

Gensler’s progress could also be impeded by the SEC’s painstaking rulemaking process. It typically takes SEC lawyers months to write regulations, which are subject to votes by the agency’s five commissioners. In addition, any misstep opens up a legal challenge, and several of Gensler’s predecessors have had major policies overturned.

Gensler “has a very challenging job and I think as a practical matter, his legacy is likely to be written in the courts,” said , a former SEC commissioner who’s now a law professor at Stanford University.

Nevertheless, it’s undisputed that Gensler has a record of achievement. The Dodd-Frank Act called for the CFTC to pass more than 60 rules and he completed the bulk of them by the time he stepped down in 2014.

Workers at the futures regulator recall that he personally took charge of the mission, giving teams strict deadlines. Gensler would frequently drop in to meetings unannounced in his stocking feet for status updates. Leaders who slowed things down were removed.

A common tactic Gensler used was to push the CFTC staff to initially take the harshest position possible, thus setting the terms for negotiation with financial firms. The rules that emerged may not have been as tough as he wanted but they still allowed him to claim a win over Wall Street.