Greensill Capital’s meltdown highlights a problem investors, regulators, and rating agencies have warned about for more than two years: the largely untracked use of a complex form of financing that Greensill helped popularize.

Few companies reveal whether they use supply chain financing, an increasingly popular tool that helps companies free up cash by spreading out payments to suppliers—something Fitch Ratings in 2018 called a “hidden debt loophole.” There are no formal U.S. or international accounting rules compelling companies to be frank with investors. Greensill’s potential insolvency could put the cash flows of some companies under pressure, but the lack of transparency means it’s difficult to know which businesses.

“Lots of public companies have exposure to this firm and this area is almost completely opaque,” said Emily Grant Turner, vice president at CFRA Research. “We don’t really know how big this could be because the disclosures are so poor.”

Large banks like Citigroup Inc. and JPMorgan Chase & Co. provide supply chain financing—referred to as reverse factoring in some instances—but nontraditional lenders like Greensill are becoming more common. The London-based company was the middleman to $143 billion worth of financing transactions with 10 million customers in 2019, the company said, although it didn’t specify how much was supply chain financing.

Regulators like the Securities and Exchange Commission have increased their scrutiny of companies using the financing to extend payment terms. The market regulator has sent letters to Keurig-Dr. Pepper Inc., Boeing Co., Coca Cola Co., Procter & Gamble Co., and Graphic Packaging Holding Co. asking them to explain whether they use supply chain financing and to share the basic terms of the arrangements. SEC officials also have signaled in speeches that companies need to step up their game and give more details.

More companies now voluntarily offer details in their financial statements, but there are no obligations to disclose that they employ these programs, let alone the money at stake. Investors piece together details by analyzing clues like “days payable outstanding” increasing from period to period or by asking questions on earnings calls.

That’s a problem as Greensill scrambles to survive after it lost a key source of funding this week. 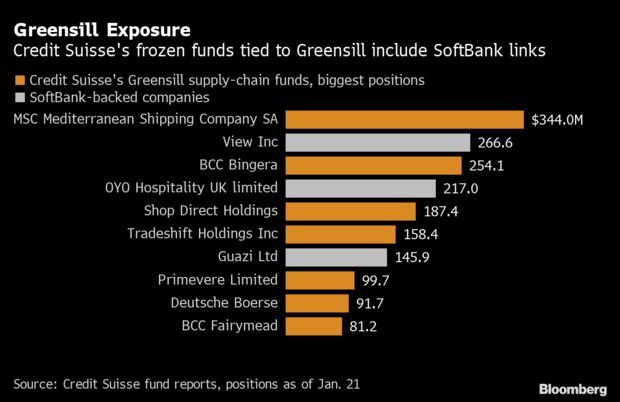 Rules on the Horizon?

There are increasingly louder calls to make information about supply chain financing clear in company financial statements. In the U.S., the Financial Accounting Standards Board is considering requiring companies to disclose whether they use supply chain financing and how material the transactions are. The U.S. rulemaker is scheduled to meet on the issue by mid year, a FASB spokesperson said.

Overseas, there is less action. A committee of the International Accounting Standards Board concluded in December that existing international accounting rules already cover how to present liabilities that are part of these transactions and what to disclose about liquidity risks. The full IASB board, however, is expected to debate the issue further, an IASB spokesperson said.

As Greensill teeters near collapse, investors need to be proactive and ask on earnings calls whether companies use supply chain financing and, if so, how material the arrangements are, Wechter said.

“People had been ringing alarm bells and then an example like Greensill happens,” Wechter said. “This is just a classic example of more information is needed.”

Still, the market is “resilient,” the Global Supply Chain Finance Forum, an industry trade group, said in a statement. The organization has been issuing voluntary guidance for companies to follow.

“We trust that regulators and standards bodies will take note of the consistent behavior of the instruments that follow” the organization’s guidance, the group said.

Supply chain financing has been around for decades and is a welcome financing tool for many companies as well as suppliers eager to get fast payments, said Tony Brown, CEO of the Trade Advisory, a consulting company that helps businesses arrange financing deals. Greensill put the technique “on steroids,” and “got too big too fast,” he said.

Customers of Greensill that are financially healthy likely won’t have to worry about its demise. They have other funding sources or will have banks and other lenders swoop in to take their business, Brown said.

Investors and creditors don’t raise their eyebrows if a well-capitalized company uses these programs. But for companies with shakier credit, payback terms that extend invoices from 60 or 90 days to 180 days or more can mask problems by flattering the appearance of their cash flows.

Drugmaker AstraZeneca PLC in an annual filing said it worked with Greensill to use a supply chain financing program. As of December 2020, the program had more than 3,000 suppliers enrolled and a potential early payment balance of $248 million.

“That’s three months of cash that’s going to be in the millions of dollars that you somehow come up with. And if you don’t have it in your back pocket, you’re going to have to find it, and it’s going to cost you money,” Pounder said.

To contact the editors responsible for this story: at jharrington@bloombergindustry.com; at achilders@bloomberglaw.com