This is a weekend roundup of Bloomberg Tax Insights, written by practitioners and featuring expert analysis on current issues in tax practice and policy. The articles featured here represent just a handful of the many Insights published each week. For a full archive of articles, browse by jurisdiction at Daily Tax Report, Daily Tax Report: State, Daily Tax Report: International, Transfer Pricing Report, and Financial Accounting. 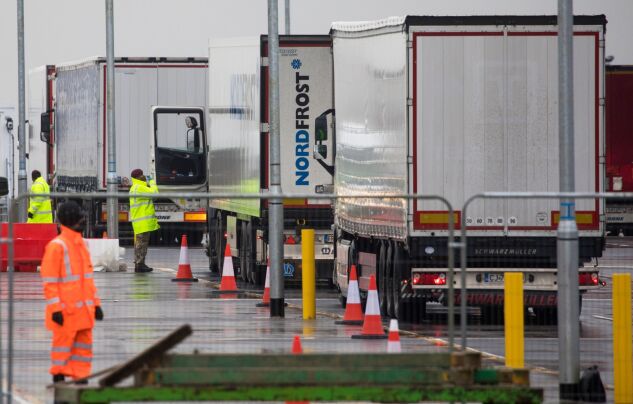 Moshe Biderman, Jonathan R. Collett, Robert Richardt, and Mark Papa of CohnReznick outline the taxpayer-friendly modifications made by the Treasury Department and IRS in the final carried interest regulations. The authors note that the future of this legislation remains unclear, and the Biden administration and a Democratic-controlled Congress may seek to eliminate the tax break for carried interest entirely. Read: Treasury and IRS Release Final Regulations on Treatment of Carried Interest

The Internal Revenue Service audits taxpayers who claim the earned income tax credit at a higher rate than most other groups of taxpayers. Kim Bloomquist, former senior economist with the IRS’s Office of Research Operations and research analyst in the agency’s Taxpayer Advocate Service, looks at the explanations offered by the current IRS Commissioner Charles Rettig and suggests there are better ways to return income to low-income taxpayers and better uses of IRS resources. Read: IRS: We’re Not Unfair to Earned Income Tax Credit Taxpayers

The IRS recently revised the Internal Revenue Manual provision on voluntary disclosure of tax noncompliance. Scott Michel and Mark Matthews of Caplin & Drysdale say the revised provision and instructions for the applicable form create an institutionalized and consistent structure for taxpayers to come clean, but uncertainties over what constitutes a “timely” disclosure and the financial consequences of coming forward, and the program’s built-in risk of self-incrimination may discourage rather than encourage compliance. Read: The 2020 Revision to the Internal Revenue Manual’s Voluntary Disclosure Practice: More Consistency with Greater Risk

Ted Byer of Smolin Lupin & Co. outlines what to do now to limit your tax liability if Biden tax proposals become law. Read: Yes—You Might Owe More Taxes Under President Biden. Here’s How to Avoid It

Robert Marchant of Crowe looks at the main implications and challenges for businesses trading in goods now that the Brexit trade deal between the U.K. and EU has been signed. Read: Brexit Myth-Busting: VAT and Customs Duty Considerations

Coca-Cola—owner of one of the most recognized trademarks in the world and a secret formula—failed to prove that the royalties it charged to affiliated bottlers were “arm’s-length,” resulting in a tax bill of more than $3.3 billion. Robert Willens highlights the key points of the lengthy decision. Read: Coca-Cola Failed to Charge Arm’s-Length Royalties to Affiliates

Both Coca-Cola and Medtronic face significant tax bills after losses in the U.S. Tax Court and a federal appeals court, respectively. Transfer pricing economist Harold McClure analyzes both decisions and compares the comparable profits method used by the IRS and the comparable uncontrolled transaction method applied by the taxpayers to calculate the appropriate arm’s-length royalty. Read: Coca-Cola and Medtronic Intercompany Royalties: Licensee as Risk Taker and the Separation of Functions

What’s happening outside the world of tax?

If confirmed, Janet Yellen would be the first Treasury secretary to enter her term as a statutory member of the National Security Council. This is a vital role, and she can expect to be questioned about national security issues during her confirmation hearing, explains Ambassador Robert M. Kimmitt, former deputy Treasury secretary and undersecretary of state and senior international counsel at WilmerHale. Read: Yellen Can Expect National Security Questions at Treasury Confirmation Hearing

Attorneys for companies involved in data breach litigation or investigations often use forensic investigators to uncover information about the breach. Alston & Bird attorneys say some courts have found this work discoverable depending on the facts surrounding the investigation and offer ways for companies to protect it from disclosure under attorney-client privilege, work product doctrine, protection from disclosure of opinions of non-testifying experts, or a combination of the three. Read: Protecting Data Breach Investigations From Disclosure

(*Note: Your Bloomberg Tax login will be required to read the following content.)

Royalty income derived by a U.S. corporation from licensing intangible property generally is subject to a 21% U.S. federal income tax rate. However, tax code Section 250(a) currently provides a 13.125% effective tax rate for royalty income that is foreign-derived intangible income (FDII). Lowell Yoder of McDermott Will & Emery LLP explains how the final FDII regulations apply to the license of intellectual property to foreign persons for foreign use.

To contact the reporter on this story: in Washington at mshreve@bloombergtax.com