The Democratic-controlled House passed a bill that would suspend the U.S. debt ceiling into December 2022 and provide the government funding to operate past Sept. 30. Republicans have vowed to block it when it reaches the Senate over the debt limit provision.

The measure was approved Tuesday night on a 220 to 211 party-line vote.

The debt ceiling suspension -- to Dec. 16, 2022 -- is urgently needed because the Treasury Department has warned it could run out of accounting measures to stave off a payment default sometime in October. The debt limit came back into effect in August after a two-year suspension.

The political standoff raises the chances of twin fiscal disasters -- a government shutdown and a default -- that could have devastating consequences for Wall Street and the broader American economy.

“We played chicken with the debt in the early 2010s and the credit of the United States was put down a notch” said House Majority Leader . “We do not welch on our debts.”

It is not yet entirely clear what Democrats plan to do after the bill fails to advance in the Senate, likely later this week. 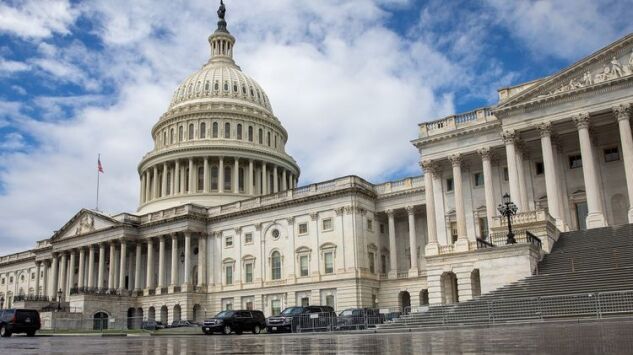 WATCH: The House has enough votes to suspend the debt limit to December 2022 and temporarily fund the government to avert a shutdown. Jack Fitzpatrick reports.
(Source: Bloomberg)

One alternative would be to strip the debt ceiling provision from the funding bill and to pass it in order to avoid a government shutdown on Oct. 1. Democrats could then use the fast-track budget process to pass a debt ceiling increases without Republican support.

But Democrats want Republicans to share political responsibility for the debt, which was increased under both Republican and Democratic administrations, ahead of the 2022 midterm elections. Republicans were united in opposition to that prospect.

“For months, Democrats have been pursuing a radical partisan agenda that will pile on trillions more in debt – and they want Republicans to basically help them get the loan,” said Jason Smith, the top Republican on the Budget Committee.

The stopgap bill would keep government agencies operating through Dec. 3. The legislation also contains $28.6 billion for states recovering from a series of hurricanes and wildfires as well as $6.3 billion to resettle refugees from the war in Afghanistan.

Senate GOP leader and Senator , the top Republican on the Appropriations Committee, introduced their own version of the bill in that chamber. It doesn’t suspend the debt ceiling, has $1 billion for Israel’s Iron Dome missile defense system and different language on the immigration status and vetting processes for Afghans.

Democrats had planned to include $1 billion for the Iron Dome system but abandoned that after progressive Democrats threatened to vote against the bill with that funding in it. After it was stripped out of the government funding bill, House Majority Leader said Tuesday night that he would bring a stand-alone bill with money for the Iron Dome system to the floor this week.

Congress is seeking a top-line appropriations deal this fall ahead of the planned December expiration of the proposed stopgap spending bill. This week, the House is set to vote on a military policy bill endorsing a $24 billion increase for the Pentagon, a move that could facilitate Republican agreement on top-line numbers and prevent a shutdown showdown in December. That would allow Congress to pass the 12 regular annual spending bills for 2022 -- likely as a giant omnibus package.