A $78 billion bill to fund rail, freight, and safety programs lacks enough safety upgrades to vehicles and trucks, some Democrats and advocacy groups say, suggesting divisions as the bipartisan measure heads into markup with controversial amendments.

Democrats and safety groups want stronger safety provisions in the surface transportation legislation (), including technology to avoid crashes. The Senate Commerce, Science, and Transportation Committee is scheduled on Wednesday to mark up the legislation introduced by Sens. (D-Wash.) and (R-Miss.).

Lawmakers are also set to consider amendments that would extend hours of service for truckers and lower the minimum age for truck drivers, Democratic lawmakers say.

“As we consider this surface transportation reauthorization, what we’re seeing is an opportunity for progress, but also, we are seeing a full frontal assault on driver safety by special interests that are using the economic downturn as an excuse for degrading auto and driver safety,” Sen. (D-Conn.), chair of the panel’s Subcommittee on Consumer Protection, Product Safety and Data Security, said on Tuesday about the proposed amendments. 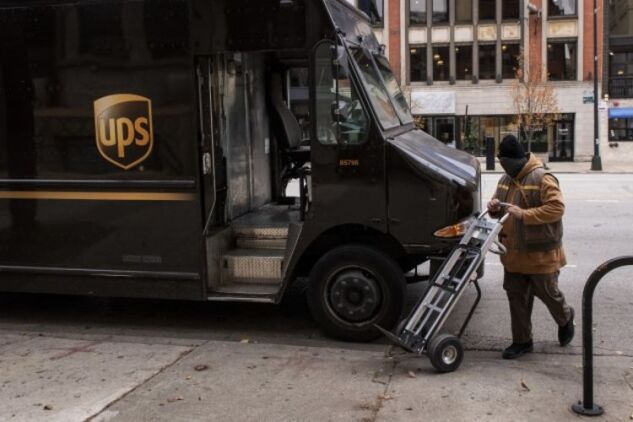 Technology requirements can be costly, which has led manufacturers to oppose some mandated changes in past legislation. Republicans have also advocated for more flexibility for truckers to operate and hire younger people to aid workforce shortages.

The legislation covers just a portion of the eventual surface transportation reauthorization. Commerce is the second of four Senate authorizing panels to weigh in, leaving more contentious issues such as transit and financing still awaiting bill release. Congress must act by Sept. 30 to avoid a lapse in the programs.

Advocates for highway and auto safety, families of crash victims, and the International Brotherhood of Teamsters gathered Tuesday to push for measures to be added to the bill, including mandated technology to avoid crashes in all new cars and trucks that would detect pedestrians, bicyclists, and others.

“There are some important reforms already included,” said Sen. (D-Mass.), pointing to measures on seatback failure and oversight of the auto industry. “However, we still need to do so much more before this bill becomes law.”

Cathy Chase, president of Advocates for Highway and Auto Safety, said the proposed bill doesn’t require all new cars and trucks to install automatic emergency braking by a specific date. “While the legislation includes some improvements, it doesn’t meet the moment,” Chase said.

Trucking groups support the legislation, with some calling it better than the $547 billion House surface transportation bill the Transportation and Infrastructure Committee last week.

“Our Association thinks this bill is not perfect, but it represents a remarkable contrast from the highly-partisan abomination working its way through the House,” Norita Taylor, director of public relations at the Owner-Operator Independent Drivers Association, said in an email. The House bill included an insurance increase for truckers that isn’t in the Senate’s legislation. Taylor said the group also dislikes the automatic emergency braking mandate on large trucks in the Senate version, among some other measures.

Amendments from Republicans include Sen. (R-Ind.)'s DRIVE Safe Act (), according to a spokesperson, which would allow people under the age of 21 to operate a commercial motor vehicle in interstate commerce via an apprenticeship program. Groups such as the National Waste & Recycling Association back the measure to address what they said is a “growing labor shortage” among those with a commercial driver’s license.

But Blumenthal said the amendment is “a recipe for disaster on Connecticut’s roads, and any other roads.”

Lawmakers will also be trying to add measures that have seen prior pushback. Sen. (R-S.D.) will be pushing to include an amendment that would incorporate automated vehicle provisions. The amendment will likely have similar language to a bill that was reported out of the committee in 2017, according to a spokesperson.

The legislation does include some updates to safety standards. It would direct the Transportation Department to mandate that new vehicles be equipped with advanced technology to prevent drunk driving that can monitor and detect if a driver is impaired.

Alex Otte, national president of Mothers Against Drunk Driving, said that provision of the bill could be “the beginning of the end of drunk driving.” Otte said the group has identified 241 examples of technology, including touch-based detection, that could be implemented in cars.

“We have complete confidence that the auto manufacturers can get this technology on all new cars within the timeline in this legislation and start saving lives,” Otte said in a statement. The rule on this issue would need to be issued no later than three years after the bill is enacted, according to the legislation.

To contact the editors responsible for this story: at sbabbage@bgov.com; at mross@bgov.com