Cryptocurrency advocacy groups say they will continue fighting in the House against reporting requirements the industry would face in the Senate’s infrastructure bill.
Photographer: Dan Kitwood/Getty Images

The Senate’s $550 billion bipartisan infrastructure legislation faces an uphill battle in the House, where cryptocurrency, chemicals and transportation lobbyists, and advocates are jockeying to alter it to benefit their industries.

The Senate’s 69-30 vote Tuesday to pass the measure marked a major step forward for President Joe Biden’s economic agenda and shifts the burden to House Democrats who hold a narrow majority and don’t all agree on the next steps.

“We are disappointed in the Senate product, and we are hopeful that the House will still have an opportunity to put their imprint on the bill,” said Cathy Chase, president of Advocates for Highway and Auto Safety, who is pushing for changes to the auto safety provisions in the legislation. 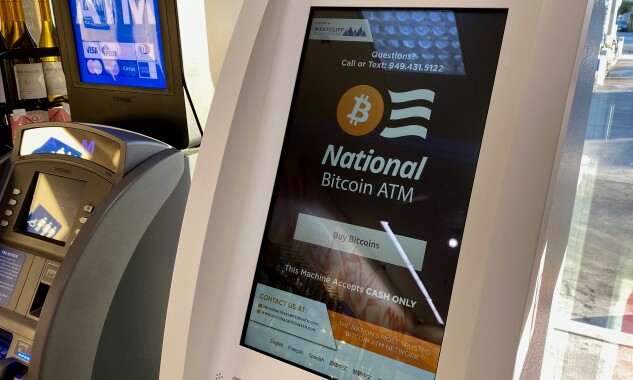 A Bitcoin ATM is seen inside a gas station in Los Angeles on June 24, 2021.
Chris Delmas / AFP via Getty Images

At the same time, Democrats in the Senate can’t afford to break ranks on the final version of the reconciliation measure if Republicans unite against it.

The bipartisan infrastructure bill leaves chemical manufacturers on the hook to raise revenue, through a Superfund tax, over the 10-year authorization. The provision proposes to restore excise taxes on certain chemicals, critical minerals, and metallic elements that expired in the mid 1990s.

“We haven’t gotten a straight answer from anyone as to how or why this is in the bill,” Ross Eisenberg, vice president of federal affairs at the American Chemistry Council, said. “Why we were singled out is literally a $13 billion question for us right now.”

Chemical manufacturers that would be hit by the Superfund tax are responsible for only 1.9% of the program’s National Priority List of hazardous waste sites, Eisenberg said.

“We’re being singled out, and frankly it’s a tax that will just be passed on to consumers.”

Eisenberg said his group is talking to lawmakers “on both sides of the aisle.” Beyond eliminating the provision, the ACC has suggested legislative changes that would reduce spending on Superfund and brownfields cleanup to $5 billion, and cut the proposed renewal cycle in half to five years, and see how far that goes toward the administration’s environmental goals.

The tax, estimated to rake in almost $14 billion, includes efforts to fund clean-up orphan sites such as abandoned wells and mines that have no clear responsible party.

The provision’s position as one of the few revenue raisers in the deal is likely to reduce the chances of any major changes, Danielle Melgar, an environmental advocate with U.S. PIRG, said. The Superfund tax “will to not be as vulnerable to industry lobbying because it’s one of few pay-fors in what is otherwise a very expensive package,” she said. “That was a smart effort up front.”

The infrastructure bill would add $256 billion to the federal budget deficit over a decade, the Congressional Budget Office said last week.

The legislation “falls far short of its promise to be fully paid for,” Maya MacGuineas, president of the Committee for a Responsible Federal Budget, said.

“Fortunately, there is still time to improve this legislation in the House,” MacGuineas said in a statement. “By supplementing the current pay-fors with additional revenue, spending reforms, and user fees, policymakers can fully finance these important investments while improving our nation’s long-term fiscal and economic outlook.”

Cryptocurrency advocacy groups, such as Coin Center and the Blockchain Association, have vowed to continue fighting in the House against reporting requirements the industry would face in the Senate’s infrastructure bill.

The provision would require cryptocurrency brokers, such as exchanges, to report transaction data to the Internal Revenue Service. The industry says the current language is too broad and would require entities such as miners and software developers to report information to which they don’t have access.

Despite a massive push for changes, advocates failed to get an amendment passed in the Senate. Even so, the last week was “a game-changing moment” for the cryptocurrency industry because it showed lawmakers how big the community is, said Kristin Smith, executive director of the Blockchain Association.

Fight for the Future, a nonprofit advocacy group focused on digital rights, helped encourage more than 40,000 individuals to call their senators. And more than 100 stakeholders signed onto a statement supporting an amendment that Senate Finance Committee Chairman (D-Ore.) and Sens. (R-Wyo.) and (R-Pa.) introduced.

Lummis and Toomey eventually joined forces with Sens. (R-Ohio), (D-Ariz.), and (D-Va.) to hash out a compromise amendment, but it didn’t get all 100 votes needed to pass by unanimous consent.

“Going forward, we’re going to be much more organized, much bigger, and much more sophisticated than we’ve ever been,” Blockchain’s Smith said.

Smith and Coin Center’s Executive Director Jerry Brito plan to start from scratch to push for a new House amendment to address all of the industry’s concerns.

The co-chairs of the bipartisan Congressional Blockchain Caucus—Reps. (R-Minn.), (R-Ariz.), (D-Ill.), and Darren Soto (D-Fla.)—sent their House colleagues a letter Monday urging them to make amending the cryptocurrency language a priority.

“Left unchanged, this provision will have sweeping implications for crypto innovators in our country and further regulate innovation out of the United States,” they said.

Wyden told reporters Tuesday that he plans to work closely with the House on a fix to the crypto language.

The House passed a surface transportation bill in July that included more than 1,400 member designated projects, requested by Republicans and Democrats, totaling almost $5.7 billion after a long hiatus on lawmakers directing money to pet projects.

Reps. , and , all Democrats from Pennsylvania, sent a letter to Senate Majority Leader (D-N.Y.) urging him to back incorporating House members’ earmarks into the Senate’s bipartisan infrastructure bill last week, to no avail.

“These projects would represent a relatively small amount within the overall bill—but would have a huge impact on their communities,” the lawmakers wrote. That push is expected to carry over as the measure heads to the House.

Transportation and Infrastructure Chairman (D-Ore.) led a letter with 30 members of his committee in July urging the inclusion of the projects.

House lawmakers, most notably DeFazio, have repeatedly criticized the Senate for leaving out provisions from the House-passed surface transportation and water bill that address climate change, fossil fuel pollution and wastewater.

DeFazio said the Senate bill “falls short when it comes to addressing climate change.” Although DeFazio has been pushing for a conference on the bill, he said in a statement Tuesday that he will fight for more spending and policies in the reconciliation package.

The Senate legislation includes “only roughly half the amount initially proposed for water in an infrastructure bill,” the National Association of Clean Water Agencies said in a statement Tuesday.

NACWA said it will continue seeking “the strongest package possible as negotiations advance” with the House.

Groups have also lambasted the lack of major funding to electric buses and EV charging infrastructure in the bill, and are asking for more money.

Climate advocates said the legislation comes up short on walking and biking infrastructure. Kevin Mills, vice president of policy at the Rails-to-Trails Conservancy, said that the Senate and the White House “failed to guarantee” spending needed to meet “the health of our planet and our communities’ demands that we drive less.”

The Senate bill includes provisions that would force requirements to install automatic emergency braking, car technology to detect drunk drivers and an alert system to combat deaths of children inadvertently left in a car on hot days. Safety advocates say those provisions don’t go far enough, and need to set firm deadlines for agency actions and to mandate the most far reaching technology.

“Everyone should have the safest brakes available as a bottom line safety measure,” Chase said.

Meanwhile, the American Beverage Institute is calling on the House to remove the drunk driving technology provision. The technology is not accurate enough, with their estimates at more than 3,000 false readings every day, the group said.

“Getting in your car to go to work or an appointment and expecting it to start will be a daily lottery,” the institute said in a statement. “Everyone wants to save lives, but lawmakers should not depend on unreliable gimmicks to satisfy anti-alcohol lobbyists.”

Transportation advocacy groups also criticized the deal, saying it doesn’t spend enough on transit, climate, and equity, and devotes too much to highways.

Public transportation dollars became a point of division that held up the package in the Senate and could see more pushback as it heads to the House. The Senate bill is “short-changing” transit while giving billions to the fossil fuel industry, LeeAnn Hall, campaign director for the National Campaign for Transit Justice, said.

Hall wants Democrats to include significantly more money for public transit, including $20 billion for operations, in the reconciliation legislation.

“The bipartisan infrastructure bill that passed the Senate is wholly insufficient when it comes to transit funding,” Hall said in a statement. “This bill cannot and will not be the final say on transit.”

A shrunken new program to reconnect communities split by highways also drew criticism. It would get $1 billion in the Senate infrastructure bill, just 5% of what the Biden administration initially proposed, and well below the cost of major projects.

“We now turn to the House to see if they can bring more of a results-oriented approach” and work to “get the best out of a very flawed piece of legislation,” Transportation for America Director Beth Osborne said in a statement.

To contact the editor responsible for this story: at rmeszoly@bgov.com; Rachael Daigle at rdaigle@bloombergindustry.com