Lawmakers are preparing a draft infrastructure proposal that will include details about the "highway bill,” a semi-regular package covering highways, bridges, and rail.
Photographer: David Gannon/AFP via Getty Images

The House Ways and Means Committee this week is set to revisit the toughest part of crafting a major infrastructure package: figuring out how to pay for it.

The Jan. 29 hearing coincides with the expected introduction of a draft infrastructure package by House Democratic lawmakers. The proposal will tie together priorities from the Transportation and Infrastructure, Ways and Means, and Energy and Commerce committees, according to an outline of the transportation portion obtained by Bloomberg Government.

The draft will include details about the surface transportation reauthorization bill, known as the “highway bill,” a policy package for government programs covering highways, bridges, and railroads that Congress enacts about every five years. The package, which House Speaker (D-Calif.) has said will be introduced this week, will need new funding sources unless all sides agree to increase already record levels of government debt to finance it.

In 2017, the Highway Trust Fund, the main funding mechanism for the highway bill, took in $13.5 billion less in tax revenue than it spent, with the balance filled with transfers from the general fund, according to the Congressional Budget Office.

The tax policy committee has the politically sensitive responsibility of approving funding mechanisms for that transportation policy portion in an election year.

“The purpose of this hearing on the 29th is to make sure that we understand all the tools in the Ways and Means tool box here,” Andrew Grossman, chief tax counsel for Ways and Means Chairman (D-Mass.), said during a Jan. 23 event hosted by the D.C. Bar.

Those tools involve funding mechanisms like the gas tax and the ability to authorize tax-exempt bonds and other types of financing, Grossman said. 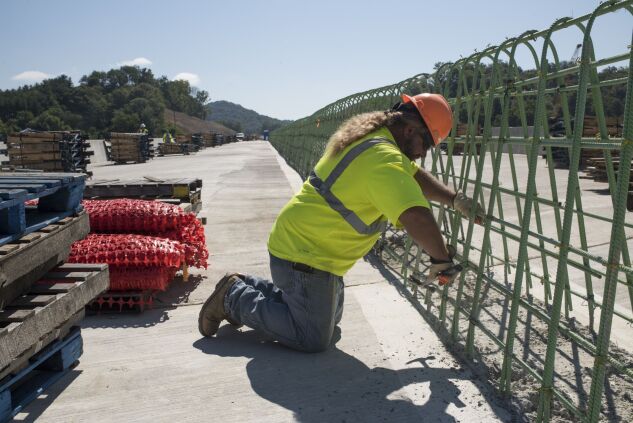 The Highway Trust Fund primarily relies on gas and diesel taxes. Those taxes, which aren’t indexed for inflation, haven’t been raised since 1993.

The last time Congress tackled transportation reauthorization in 2015 () it offset much of the cost by cutting the automatic dividend paid to banks required to hold stock in their regional federal reserves, an obscure one-time funding mechanism that angered deep-pocketed banking interest groups.

To pass another reauthorization package, Congress will need to find tax increases or spending cuts.

Though indexing would be gradual, a 1993 dollar would have the same buying power as about $1.80 now, so fully indexing the tax to inflation would add up to an eventual 80% tax hike.

DeFazio has pitched capping the increase at 1.5 cents per gallon annually, but the overall percentage figure still might be unpalatable to members of DeFazio’s own party, much Senate Republicans and the Trump administration.

Republicans, including Senate Finance Committee Chairman (R-Iowa), and Rep. (R-Mo.), the ranking member on the committee DeFazio chairs, both favor expanding highway funding mechanisms to include electric and flex fuel vehicles. But that too would have to be done carefully in order to garner broad support, or risk becoming a political poison pill.

The Highway Trust Fund won’t run out until 2022, according to the Congressional Budget Office. So this year’s highway bill debate could become more of an academic exercise before Congress and the White House simply reauthorize current programs in the short-term. That would punt tough policy questions and allow Trump and lawmakers to avoid politically risky fee increases in the lead up to the November elections.

But Neal has expressed hope of finding compromise with the administration on a more ambitious infrastructure package, along the lines of what Trump ran on in 2016 after meeting with Treasury Secretary .

“The chairman had a great discussion with Secretary Mnuchin just a couple of weeks ago about this, just trying to get a sense of whether the administration was really all-in on this,” Grossman said.

“To do something really big on infrastructure is going to take a significant hand-holding exercise, obviously, it’s going to have to be a bipartisan effort,” said Grossman. “Whether or not we can get there in an election year remains to be seen but we’re still optimistic.”

Or, as House Minority Whip (R-La.) said Jan. 16: “Obviously the biggest differences have been on how to pay for it.”

To contact the editors responsible for this story: at phendrie@bgov.com; at pambrosio@bloombergtax.com