Former President filed a federal lawsuit seeking appointment of a neutral third party to review material seized by the FBI during a search for classified documents at his Mar-a-Lago estate.

A so-called special master should be allowed to return to Trump any documents that are protected by attorney-client privilege before prosecutors are allowed to see them, according to the suit filed Monday in West Palm Beach, Florida.

The suit also seeks a court order requiring the Justice Department to halt its current review of the documents until a special master is appointed, and to return any materials not covered by a warrant executed on Aug. 8.

“Law enforcement is a shield that protects Americans; It cannot be weaponized for political purposes,” Trump’s lawyers said in the , “Therefore, we seek judicial assistance in the aftermath of an unprecedented and unnecessary raid on President Trump’s home at Mar-a-Lago.”

The case was assigned to US District Judge , a Trump appointee who assumed office in November 2020.

The lawsuit comes as a judge in a separate case is preparing to unseal portions of the FBI affidavit that was made is support of the search warrant. The judge ruled last week that the document should be and gave the DOJ until Thursday to propose redactions. 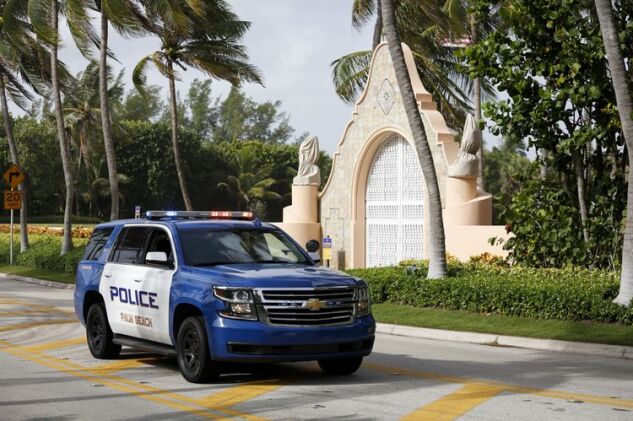 FBI agents carted away about 20 boxes containing 11 sets of classified documents -- some of them labeled top secret -- following the search. Trump’s passports, which had been seized, were returned to him.

Trump had previously asserted that some of the records taken from his Mar-a-Lago resort were protected by attorney-client privilege.

Trump’s lawyers Lindsey Halligan and James Trusty argued in the filing Monday that the American people deserve to know why the search warrant was issued when Trump “voluntarily cooperated” with the government’s “every request.” But the FBI found classified documents during the search even though another Trump lawyer had assured the DOJ in writing in June that all classified material had been returned.

Trump has made a to explain why he believes he did nothing wrong by taking the documents from the White House when he left office, including that he had a “standing order” to declassify records.

Federal investigations can involve separate “filter” or “taint” teams to identify and return privileged information; exposing primary prosecutors or agents to this material could disqualify them or place a future prosecution in legal jeopardy.

The is Trump v. United States of America, 9:22-cv-81294, US District Court for the Southern District of Florida (West Palm Beach).

(Updates with information about judge handling the case.)