Theranos Inc. founder Elizabeth Holmes was criminally charged in June 2018 with defrauding investors following the collapse of her blood-testing startup. The revolutionary technology she pitched proved irresistible: a machine that could run an array of tests run on a tiny amount of blood, doing away with frightening, inefficient and costly intravenous draws and vials. Investments from Silicon Valley’s most prominent funds poured in, making Holmes the world’s youngest female self-made billionaire.

But it proved too good to be true. A 2015 Wall Street Journal expose revealed uncertainties about the accuracy and viability of Theranos’ blood tests. By 2016, the company once valued at $9 billion was besieged by investor lawsuits and government investigations. It was sanctioned in July of that year after federal inspectors found laboratory failures jeopardized patients’ health. Holmes settled a civil suit by the U.S. Securities and Exchange Commission in March 2018, while former Theranos President Ramesh “Sunny’’ Balwani, Holmes’s onetime lover, continues to fight the agency. Holmes and Balwani will face separate juries — her first, then him — when their criminal cases go to trial. Holmes’s trial has been postponed three times by the coronavirus pandemic and is now set to start in July. 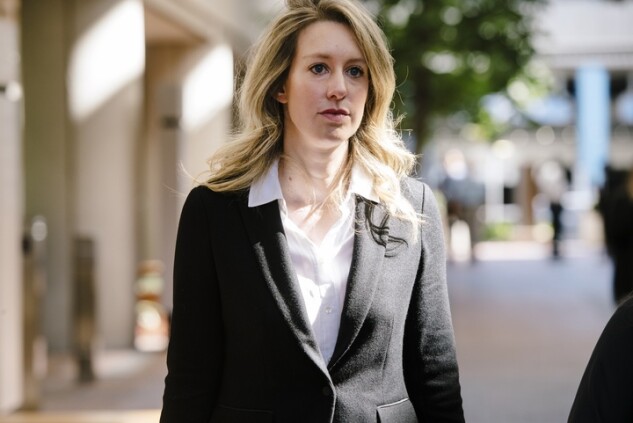 In Silicon Valley, where entrepreneurs are prone to aspirational statements about how technology can improve lives, there’s little reason not to exaggerate or lie to raise money if there aren’t serious repercussions. That’s the message prosecutors are sending by seeking to put Holmes and Balwani in prison. Evidence in the case shows they made audacious promises about their blood-testing machine that belied reality. Left unpunished, the argument goes, such statements undermine confidence in company pitches and the justice system.

Hanging over the prosecution is the mystery of how Holmes and Balwani managed to siphon hundreds of millions of dollars from investors for an idea that proved to be such a colossal failure. The Stanford dropout’s rise and fall has been the subject of innumerable magazine stories, as well as a book, documentary, podcast and feature film — which collectively have explored everything from her uncanny deep voice to her imitation of Steve Jobs wearing black turtlenecks.

While scores of internal Theranos documents and communications unearthed in litigation tell part of what went wrong at the startup, how Holmes attracted such devotion to her company’s board from statesmen like Henry Kissinger and George Shultz remains a subject of speculation. A harder-to-answer question is why she persisted in her pursuit of success even after Theranos crashed. Her legal defense team has explored blaming the company’s downfall on advocacy journalism, and has floated the possibility that she may be afflicted with a mental condition, even going so far as to hire an expert witness who specializes in violence against women. Holmes will have to settle on a strategy for her trial in March, which may finally shed light on her motivation.

To contact the author of this story: Joel Rosenblatt at jrosenblatt@bloomberg.net

To contact the editor of this story: Peter Blumberg at pblumberg1@bloomberg.net