The jury in the Theranos trial finally got to hear from herself -- not in person, but a recording of her talking up her blood-testing startup in a 2013 conference call with investors.

For the first time at the trial in San Jose, California, here was Holmes not being described by others, as she has been for six weeks. Instead, jurors heard the young entrepreneur in her own voice saying all the things an investor would want to hear -– touting her company’s extraordinary leaps of technological innovation, a rocketing stock price, and a closing window of investment opportunity that would naturally produce a sense of urgency to jump in. 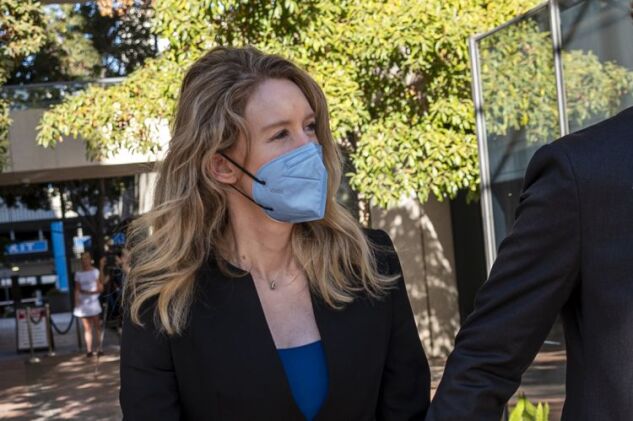 The recording was preserved by an executive of a Dallas-based company who had overseen an early $2 million investment in Theranos -- and who testified Friday in a slow Texas accent that he approved investing another $5 million because Holmes was so persuasive on the call.

“There was a limited amount of time to react and make an investment decision,” Bryan Tolbert, a vice president of Hall Group, told jurors.

Tolbert’s recording is a “jackpot” for prosecutors and “some of the most damaging evidence a prosecutor can present,” said , a former U.S. Attorney who teaches at the University of Michigan Law School. Jurors get to “hear the defendant’s own words,” she said, allowing them “to assess for themselves whether she had an intent to defraud the investors.”

Tolbert was a small player compared with the family of former Education Secretary , , an heir to the Walmart Inc. fortune or News Corp. chairman , who took a $125 million stake in Theranos.

Seven years after his initial investment in 2006, Tolbert decided to tape record a conference call Holmes held to pitch investors for another funding round that would close by the end of 2013. Long stretches of the recording were played for jurors Friday.

Holmes can be heard confidently describing the superiority of Theranos’s blood testing compared to traditional methods, the ongoing work the company was doing for pharmaceutical companies, how its proprietary technology was being adopted by the U.S. military and most importantly, its rollout just months earlier in Walgreens stores.

Perhaps most enticing to those on the call, Holmes described how Theranos’s share price had gone from 82 cents in a funding round years earlier to $75 in the 2013 stock offering.

In Walgreens, Theranos was creating “a national footprint as fast as we can” Holmes told investors. “We are already creating significant value and, of course, we’re just getting started,” she said. Tolbert and others on the call heard from Holmes how the company’s value had increased from $20 million in 2006 to $7 billion by 2013 based on the value of privately held shares.

Investors were wiped out when Theranos collapsed after a series of articles in the Wall Street Journal and regulatory investigations revealed serious failings in Theranos machines and inaccuracies in test results.

Holmes’s lawyers have not indicated whether she will take the stand during the trial, which is expected to run into December. She faces as long as 20 years in prison if convicted of charges that she deceived investors and patients.

Tolbert’s recording allowed Holmes’s jury hear the former CEO make claims about her company’s technology that former Theranos employees and a board member have testified were untrue.

For the government to make the argument that Holmes lied to raise more than $700 million, a cooperative witness with little baggage is preferable to a billionaire media mogul or family scion, said Andrey Spektor, a former federal prosecutor and criminal defense lawyer at Bryan Cave Leighton Paisner in New York.

“Those factors outweigh how famous they are or how much money they’ve lost,” Spektor said. “Jurors may feel less swayed by testimony of a rich person who they believe should have known better or has not suffered all that much.”