U.S. prosecutors dropped an accounting fraud case against two former senior executives at , along with two who have already pleaded guilty, saying they can’t prove wrongdoing.

Michael Carroll, who was chief executive officer, and Michael Pappagallo, the former chief financial officer, were charged in 2019 with manipulating same-store net operating income to demonstrate stable growth to investors. But in a letter to U.S. District Judge in New York on Wednesday, prosecutors said they were dropping the case because they couldn’t prove that a 2013 accounting maneuver at the real estate investment trust was crooked. 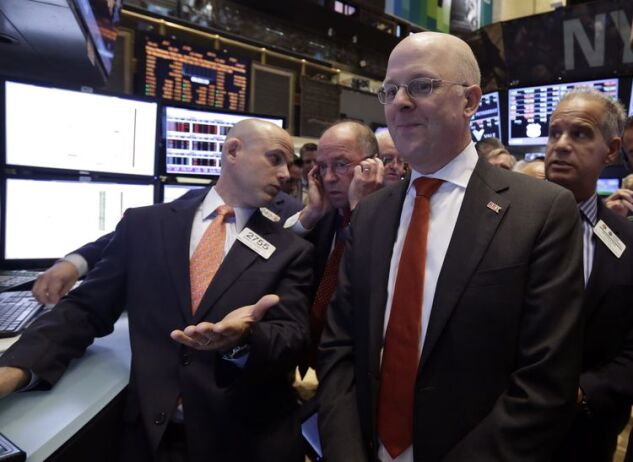 Michael Carroll, foreground right, watches as his company’s stock is priced during its IPO on the floor of the New York Stock Exchange Wednesday, Oct. 30, 2013.
Photographer: Richard Drew/AP

The government’s unusual decision to end the case, which McMahon approved, follows recent blunders in other white-collar cases in Manhattan. In one, prosecutors failed to turn over evidence to a businessman accused of violating sanctions laws.

Carroll and Pappagallo resigned in 2016 after an audit committee said employees were “smoothing” income so that quarterly results were consistent with the company’s guidance. Brixmor in 2019 agreed to pay $7 million to settle allegations by the that the four executives had improperly adjusted financial results.

“Mr. Pappagallo’s forced resignation set the train in motion based on incomplete information and flawed assumptions,” Kehoe said in a statement. “From the outset, Mr. Pappagallo denied any wrongdoing and is pleased that his stellar reputation has been restored.”

One of Carroll’s lawyers, , said in a statement, “We are pleased that the government now agrees with what we have said from the beginning: this prosecution should never have been brought. Mike Carroll has always acted with integrity and honesty throughout his life, including during his time at Brixmor.”

A spokesman for U.S. Attorney in Manhattan didn’t immediately respond to requests for comment. Brixmor declined to comment.

Prosecutors in the Brixmor case are also dropping charges against former chief accounting officer Steven Splain and former senior vice president Michael Mortimer, both of whom pleaded guilty and were cooperating with the government. The U.S. typically dismisses charges against cooperating witnesses after ending a case against others once deemed more culpable.

“Michael Mortimer cooperated with the government investigation from the outset, and he is obviously thrilled that the charges against him have been dropped,” Jerry D. Bernstein, an attorney for Mortimer, said by phone.

A key issue in the case was whether the accounting transactions at issue were material to investors. “The charges depend on a theory of materiality that makes no economic sense, has been squarely rejected even in civil cases, and is contrary to conclusions of both Big Four accounting firms that reviewed the relevant financial statements,” Carroll defense lawyers and wrote in a brief.

A lawyer for Splain didn’t immediately respond to a request for comment.

(Updates with excerpt from legal brief)