A former pilot was charged with deceiving U.S. aviation regulators in the first prosecution related to two fatal 737 Max accidents that plunged the aviation titan into crisis.

Mark Forkner, a former chief technical pilot for the company, was indicted Thursday on charges that he deceived the ’s Aircraft Evaluation Group during the agency’s evaluation and certification of the Max, the Justice Department said in a statement. He’s accused of providing the FAA with false, inaccurate and incomplete information about a new part of the flight controls for the Max.

Because of his alleged actions, airplane manuals and pilot-training materials for U.S. airlines didn’t have any reference to the Maneuvering Characteristics Augmentation System, or MCAS, the software system that was later linked to both tragedies.

“In an attempt to save Boeing money, Forkner allegedly withheld critical information from regulators,” Chad E. Meacham, the Acting U.S. Attorney in Dallas, said in a statement. “His callous choice to mislead the FAA hampered the agency’s ability to protect the flying public and left pilots in the lurch, lacking information about certain 737 Max flight controls.” 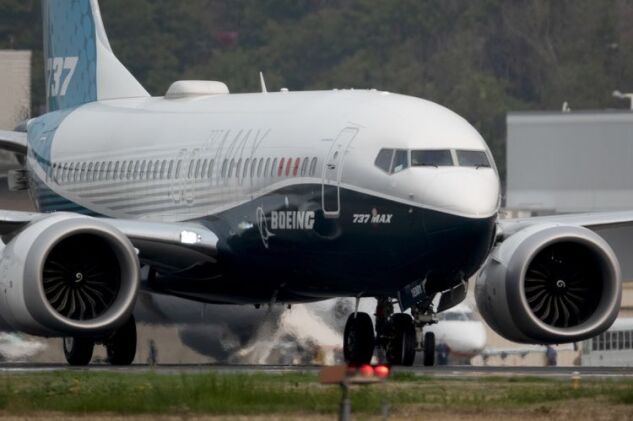 The case is the culmination of a criminal investigation that began in late 2018 after the first of two crashes that combined killed 346 people and spurred the longest grounding of a commercial jetliner in U.S. aviation history. The revelations from accident reports have badly dented Boeing’s reputation and raised questions about how a potentially aggressive new feature was overlooked by regulators and omitted from pilot manuals.

As chief technical pilot for Boeing, Forkner oversaw the drafting of pilot training materials before the Max jetliner was certified by U.S. regulators in 2017. The Chicago-based planemaker entered into a $2.5 billion agreement earlier this year to settle a criminal charge that it misled the FAA.

Forkner’s actions figured prominently in the deferred-prosecution agreement, which was struck in the waning days of the Trump administration. The Justice Department agreed to dismiss the criminal charge against Boeing if the company cooperated by making current and former employees available to testify.

As a mid-level manager at Boeing, Forkner complained in colorful and sometimes crass messages about the MCAS. The missives sparked outrage at the FAA and on Capitol Hill when they were made public in late 2019 and early 2020.

Forkner bragged of using “Jedi mind tricks” on regulators and complained that the Max was “designed by clowns, who in turn are supervised by monkeys.”

Many of the unsavory messages were made public by the House Transportation & Infrastructure Committee as part of a months-long probe by the panel into Boeing’s culture and the certification of the company’s marquee jetliner.

“Senior leaders throughout Boeing are responsible for the culture of concealment that ultimately led to the 737 MAX crashes and the death of 346 innocent people,” Representative , an Oregon Democrat and the committee’s chairman, said in a statement. “Mark Forkner’s indictment should not be the end of the accountability for this colossal and tragic failure.”

One of Boeing’s big selling points with customers like had been that pilots certified for the previous generation of 737s only needed a short computer course to brush up their flying skills for the Max. Forkner proposed that regulators delete a reference to MCAS in a document outlining the FAA-mandated training sessions, according to Boeing’s deferred prosecution agreement.

To contact the reporter on this story:
in Chicago at jjohnsson@bloomberg.net