When British police raided a warehouse, they were expecting to find a cannabis farm. Instead they found banks of computers illegally siphoning the electricity needed to mine for Bitcoin.

Cops in West Midlands, England seized around 100 computer units that were working to bypass the local power grid. They discovered the warehouse after sending a drone over the site, which detected a considerable heat source. 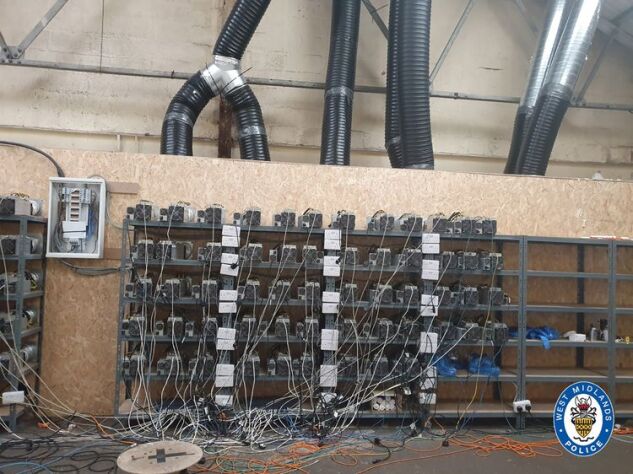