is set to be freed on a $250 million bond as he awaits trial on charges he illegally lobbied the government on behalf of the United Arab Emirates.

Barrack, the founder of and a ally, has been in a San Bernardino jail since his Tuesday at an office park in Sylmar, California, his lawyers said in court Friday. His co-defendant and colleague, Matthew Grimes, 27, was arrested in Santa Monica and has also been held at the jail in San Bernardino. Grimes was to be released on a $5 million bond, secured in part by his parents’ $2.5 million Santa Barbara home. A third man charged in the case isn’t in U.S. custody and prosecutors said he fled after learning federal authorities had questioned Barrack.

Barrack put up one of the largest bonds in a criminal case in the U.S. in order to win his release. New York real estate heir, and accused murderer, was released on a $3 billion bond prior to his 2003 trial in Texas.

U.S. Magistrate Judge approved Barrack’s bail terms at a court hearing in Los Angeles Friday. Prosecutors in Brooklyn, New York, who initially argued both men should be transported there for trial in federal custody, signed off on the arrangements.

Both men were required to surrender their passports, wear GPS monitoring devices, adhere to a strict curfew and are required to show up for an arraignment in Brooklyn Monday. Neither Barrack nor Grimes appeared at Friday’s hearing, after waiving their right to attend.

Barrack, 74, and Grimes were charged with acting as agents of the UAE in a yearslong effort to sway former President ’s foreign policy, both during the 2016 campaign and after his election, according to a seven-count felony indictment unsealed Tuesday in Brooklyn. 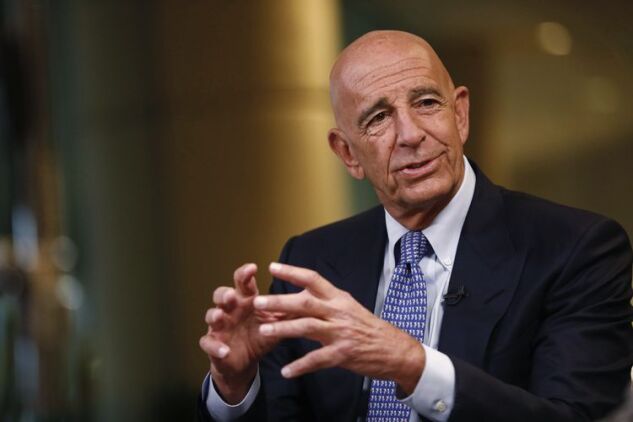 In the indictment, prosecutors alleged that four UAE officials “tasked” Barrack, Grimes and a third man, UAE national Rashid Alshahhi, 43, who’s also known as Rashid Al Malik, with trying to mold and influence public opinion through media appearances; helping to shape the Trump campaign’s foreign policy; and later developing what the government called a “back-channel line of communication” with U.S. government officials that promoted the interests of the UAE.

Barrack was also separately accused of obstruction of justice and with making false statements in a 2019 interview with agents when he denied being asked to acquire a phone dedicated to communicating with officials in the Middle East.

Prosecutors initially argued Barrack and Grimes should be jailed ahead of trial, claiming the evidence against both men is “overwhelming” and that they posed serious flight risks. But a deal was quietly brokered Thursday and prosecutors removed the detention memos for both men sometime before Friday’s bail hearing.

Legal experts say Barrack’s bond is one of the highest in recent memory and it dwarfed the $100 million bond a Brooklyn federal judge set in 2018 for Clare Bronfman, the heiress to the Seagram Co. fortune, who was later convicted and sentenced to 81 months in prison for her role in luring female victims into the Nxivm sex cult.

“In the federal courts, release on bail is supposed to be available to every defendant unless there is clear and convincing evidence of a threat to public safety or flight,” said Kellen Funk, an associate professor of law at . “Although the amount is quite high, it appears fairly modest in light of Barrack’s reported net worth, and if Barrack would like to contest it, he can move to have the bail lowered while the case is pending.”

Barrack’s bond was secured by $5 million in cash, $21 million in units of DigitalBridge Group Inc. the successor to Colony Capital, as well as his Santa Inez, California, property and homes owned by his ex-wife Rachelle Barrack, his son Thomas Barrack III, and , an executive at DigitalBridge Group who is set the firm, according to a person familiar with the matter.

Barrack’s and Grimes’s lawyers said they raced to win their clients’ release ahead of the weekend.

“We have moved great mountains to ensure that Mr. Barrack is able to get out before the weekend,” so that he can get to Brooklyn for Monday’s court appearance, said Matthew Herrington, Barrack’s attorney. He asked permission for Barrack to spend the night at a hotel Friday in his custody, instead of returning home before flying to New York for Monday’s court appearance.

(Updates with details of bond and prior large bail)