President Donald Trump has been fighting to block a subpoena for his financial records sent to his accounting firm, Mazars USA.
Photographer: Lauren Justice/Bloomberg

A federal judge rejected ’s latest bid to block the Manhattan district attorney’s subpoena of his tax records, but the president’s planned appeal could push the matter past the election.

“High respect for the President does not imply diminished respect for the ancient functions of the grand jury or the long-established standards governing challenges to its subpoenas,” Marrero said in a 103-page opinion. 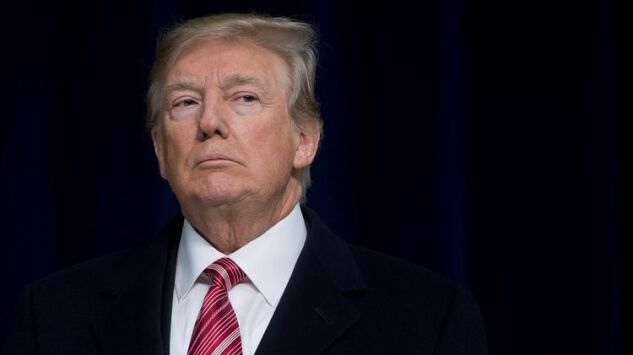 WATCH: President Donald Trump’s latest bid to block the Manhattan district attorney’s subpoena of his tax records has been thrown out by a federal judge.
Source: Bloomberg)

“We will appeal,” the president’s personal lawyer said in a text message. Indeed, Trump’s lawyers filed an emergency notice of appeal soon after Marrero’s ruling and also asked for an order blocking Mazars from complying with subpoena in the meantime.

Even if Vance defeats Trump’s further legal challenges and receives the documents, they will still be covered by grand jury secrecy laws. The public might only see the records if prosecutors bring charges based on them.

The case was back before Marrero after the U.S. Supreme Court last month Trump’s argument that he’s immune to state criminal investigations. In a new complaint filed after that decision, the president called for the subpoenas to be tossed as “wildly overbroad.” He claims the investigation is limited to the hush payments made by his former personal lawyer, , to Daniels, who says she had sex with Trump, and that Vance is seeking unrelated evidence to harass the president. Vance has indicated his probe is broader.

Trump denies having had an affair with Daniels. His lawyers have asked the judge to let them inquire into the grand jury probe and the bases for the subpoena, a request Marrero rejected Thursday.

In his decision, Marrero cited the argument by Trump’s lawyers earlier in the case that “nothing could be done” by prosecutors if the president were to shoot someone in the middle of Fifth Avenue, at least until he left office. The idea that the president has absolute immunity endangers the rule of law, the judge said.

“At the core, the argument declares that a sitting president, as well as, derivatively, his or her staff, relatives, and business associates, current and former, stand above the law and beyond the reach of any judicial process in law enforcement proceedings pertaining to potentially criminal conduct and transactions involving an incumbent,” Marrero wrote.

“That notion, applied as so robustly proclaimed by the president’s advocates, is as unprecedented and far-reaching as it is perilous to the rule of law and other bedrock constitutional principles on which this country was founded and by which it continues to be governed.”