Munger, Tolles & Olson partner Daniel Collins is a familiar face at the Ninth Circuit, and he might get to join it.

Collins has argued 38 cases at the U.S. Court of Appeals for the Ninth Circuit. President Donald Trump nominated him to the court Oct. 10. 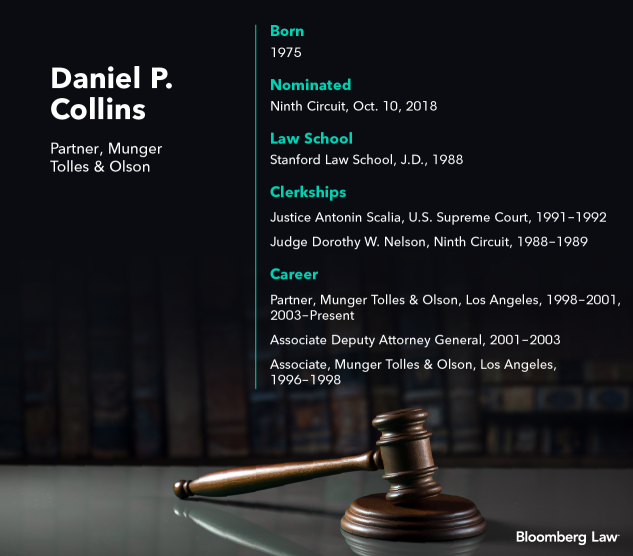 Republicans are moving quickly to confirm nominees before the end of the year, and have even scheduled confirmation hearings during the Senate’s month-long recess. They’ve confirmed 84 of President Donald Trump’s nominees to the federal bench, including U.S. Supreme Court Justice Brett M. Kavanaugh.

Republicans are likely to keep control of the ...