In Sept. 2020, we launched our series, “They’ve Got Next,” to spotlight young lawyers who are raising the bar in practice groups ranging from labor & employment to banking and finance. Here, we look back at the ten installments we’ve published so far and look ahead to the areas we’ll feature next.

Since we launched They’ve Got Next, we’ve spotlighted 50 young lawyers across the U.S. with diverse specialties, client work and life experiences, who are changing the game in ten key practice areas.

Our impetus for launching the series was to help our readers look to the future and introduce the next generation of lawyers assuming leadership roles and scoring wins for clients right now.

Here, we invite you to take a look back at the first ten installments of our series. And then, scroll down to see which practice areas we plan to feature in February and March.

Erin Mulvaney and Fatima Hussein reported on key client matters that included helping to secure a $14 million settlement against Dartmouth University in a lawsuit alleging that the administration didn’t protect against sexual harassment and a $10 million settlement with Uber Technologies in a discrimination and harassment lawsuit that led to changes in company pay systems. To check out the full report, click here.

These attorneys won key patent eligibility cases, including one that set precedent in computer graphic user interface technology and led clients through high-stakes copyright battles, including one involving the design of one famous guitar. Read that report by Ian Lopez and Matt Bultman here. 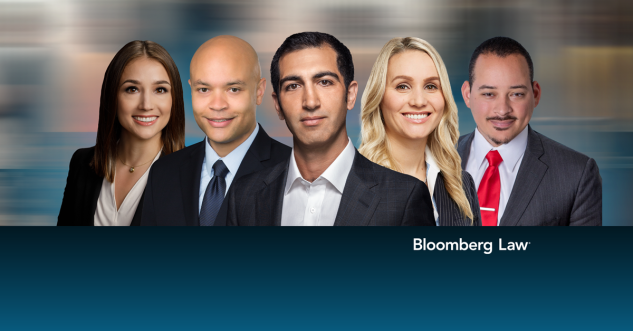 Our last installment for 2020 tracked the achievements of young lawyers who guided a well-known, New York-based retailer through a successful restructuring in just four months; who represented a Los Angeles Major League Baseball team after it filed for bankruptcy; and who guided the reorganization of an Oklahoma oil and gas company, among other key matters.

Read more about Vincent Indelicato of Proskauer Rose; Steven Serajeddini of Kirkland & Ellis; Candace Arthur of Weil Gotshal; Kelli Norfleet of Haynes and Boone; and Justin Alberto of Cole Schotz here in our report by Leslie Pappas and Alex Wolf.

“Just because you’re suddenly in a room with people who have been doing this longer than you have doesn’t mean that you can’t apply your skills and apply your logic and contribute a lot.” Kara Mungovan, then at Cravath, shared those wise words with reporter Aysha Bagchi, who worked with Jeff Leon to highlight five young lawyers to know in the world of tax to kick off 2021.

In addition to Mungovan (now of Davis Polk), that group included Amanda Kottke of Baker McKenzie; Jocelyn Tau then of Akin Gump (now Austin district director for U.S. Rep. Lloyd Doggett); Nathan Wacker of Skadden; and Scott Pollock of Sidley Austin. Their key client matters included wins for Nike worth more than $250 million and advice on multi-billion-dollar transactions involving other household names like T-Mobile and 7-Eleven. Read more about their work here.

From winning key court battles over the Keystone XL pipeline, to securing an order requiring the U.S. government to pay Exxon more than $20 million for environmental damage at oil refineries in Texas and Louisiana, our group of young environmental lawyers faced high pressure situations and dug deep for their wins.

With U.S. Supreme Court watchers prognosticating on President Joseph R. Biden’s pick for Justice Stephen Breyer’s seat, the appellate bar pipeline is top of mind for many in the Beltway and beyond. In March 2021, we highlighted five young lawyers who are making their mark in key cases before the high court and in federal circuit courts across the country.

Read more about how one attorney helped North Carolina restructure its Medicaid program and how another scored a win for a Bristol-Myers Squibb subsidiary in a battle over the alleged theft of research on the effectiveness of a cancer-fighting drug with $600 million in potential damages and penalties at stake.

Jake Holland and Andrea Vittorio spoke with five young lawyers to know in the world of privacy and cybersecurity — those lawyers Fortune 500 corporations and state attorneys general call when cybersecurity incidents strike or when privacy issues loom in daily business operations or on social media platforms.

Read more about how these young attorneys handled high stakes client matters from antitrust issues related to industry-shaping corporate acquisitions to some of the most epic tech battles of our time here.

And that’s a wrap on my “They’ve Got Next” recap! Join us again in February for a new installment in consumer litigation. And then in March, we’ll focus on white collar. For any questions about this series or our annual special report, They’ve Got Next: The 40 Under 40, check out this post, which includes Frequently Asked Questions. You can also email submissions@bloombergindustry.com.

To contact the reporter on this story: at lhelem@bloombergindustry.com