Kirkland & Ellis partner Paul Clement will join a handful of lawyers who have argued 100 or more cases at the U.S. Supreme Court, arguing twice during its upcoming sitting.

He’ll reach the milestone Feb. 24, when he argues on behalf of the Atlantic Coast Pipeline in its bid to build a multi-billion-dollar pipeline across the Appalachian National Scenic Trail in U.S. Forest Service v. Cowpasture River Association.

Clement will take the lectern again the week after, arguing in support of the Consumer Financial Protection Bureau on March 3 in Seila Law v. CFPB.

The arguments will be Clement’s fourth and fifth of the high court term so far.

According to Chief Justice John Roberts, only two others have accomplished the argument milestone in the past century: longtime Deputy Solicitor General Edwin Kneedler and O’Melveny partner Michael Dreeben, who recently left his post at the Justice Department.

While 21 male advocates will argue during the February sitting, only three female attorneys will do so during the same period—two in the abortion case, June Medical Services v. Russo.

That number reflects the continuing disparity between male and female advocates at the high court, 87% of whom are men for the current term. 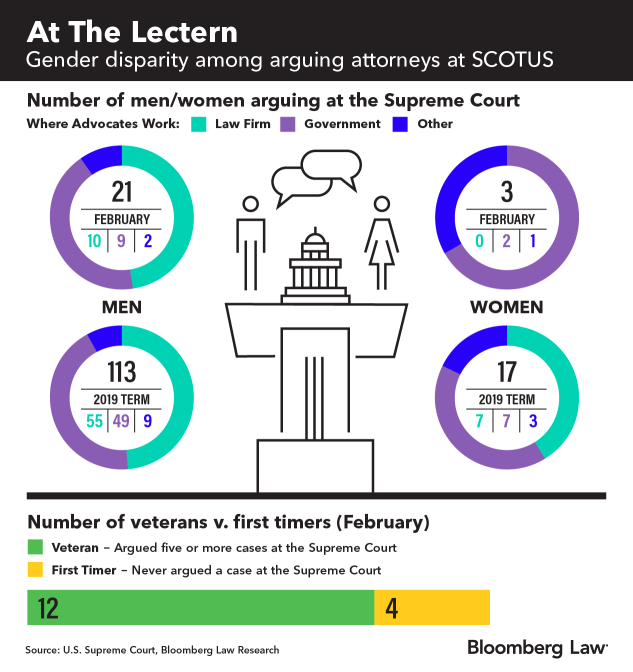