The Contemplation of Justice statue is displayed outside the U.S. Supreme Court building in Washington, Sept. 20.
Photographer: Aaron P. Bernstein/Bloomberg via Getty Images

The Supreme Court kicks off its new term Oct. 7 with a higher percentage of women arguing cases compared to last term, but still lagging far behind their male counterparts. 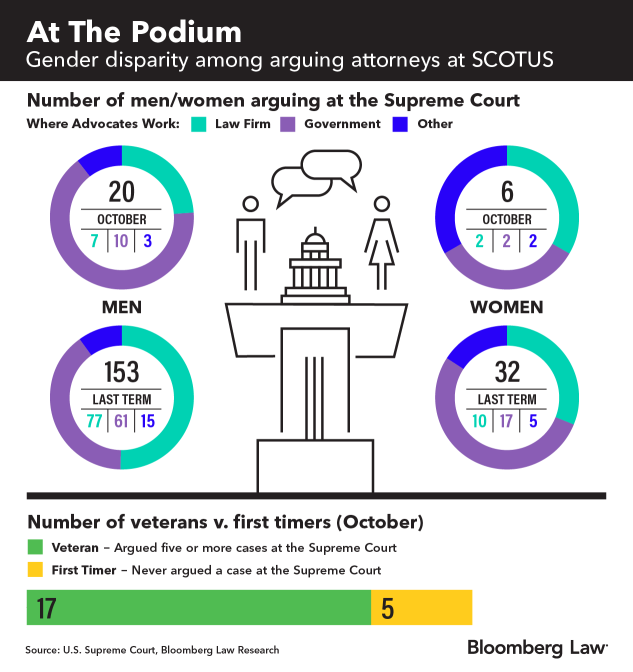 Those figures were starker for the entirety of last term. Of the 185 advocates, just 32, or 17%, were women.

That number has remained largely unchanged from five years ago, a Bloomberg Law analysis found.

High court arguments are dominated by Supreme Court veterans—those attorneys that have argued five or more Supreme Court cases. This sitting, 17 of the 26 advocates fit that bill.

But only a handful of women are considered veterans, with the Department of Justice’s Elizabeth Prelogar, Stanford University’s Pam Karlan, and WilmerHale’s Danielle Spinelli taking the podium this sitting.

One problem is the lack of equity partners at law firms. Because the stakes are so high in Supreme Court litigation, these partners are often tapped to argue.

While women comprise 46% of associates, they make up only about 20% of equity partners in the profession, according to a 2018 ABA report.