Special Counsel Robert Mueller said he lacked confidence to clear Donald Trump of obstruction of justice but suggested Congress could take action on at least 10 instances where the president sought to interfere with the probe.

“We concluded that Congress has authority to prohibit a president’s corrupt use of his authority in order to protect the integrity of the administration of justice,” he said in the report sent to Congress on Thursday. 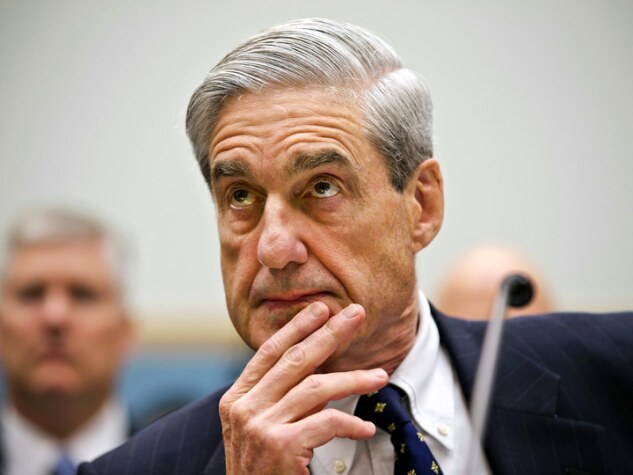 Mueller said acts of possible obstruction include “discouragement of cooperation with the government and suggestions of possible future pardons.” The 448-page report cited actions including Trump’s firing of FBI Director James Comey and efforts to have former Attorney General Jeff Sessions take control of the investigation.

It was a damning assessment shortly after Attorney General William Barr said in a news conference that he found Trump had “non-corrupt motives.” After Barr spoke, Trump quickly tweeted, “Game Over.”

Trump said at the White House that he’s “having a good day.” In a statement, Trump’s lawyers declared “total victory for the president. The report underscores what we have argued from the very beginning: There was no collusion-- there was no obstruction.”

But Mueller’s report raises new questions about whether House Democrats will intensify their investigative efforts -- and perhaps move toward an impeachment inquiry despite earlier statements by leaders to the contrary.

In written answers to Mueller, Trump -- who declined repeated requests for an in-person interview -- said that he had “no recollection of learning at the time” that his top campaign officials met with a Russian lawyer at Trump Tower on June 9, 2016, after being promised dirt on Democrat Hillary Clinton.

Further, the president said, “I have no recollection of being told during the campaign that any foreign government or foreign leader had provided, or wished to provide, or offered to provide tangible support to my campaign.“

In the written answers, Trump on more than 30 occasions said he didn’t remember or didn’t have “independent recollection” in response to questions. The special counsel said investigators viewed Trump’s answers to be “inadequate.”

On the underlying issue of whether Trump or those around him conspired with Russia’s interference in the 2016 election, Mueller said “the evidence we obtained did not establish that the president was involved in an underlying crime related to Russian election interference.“

Democrats have demanded Mueller’s full report -- without redactions made by Barr -- as well as all the evidence behind it. Objecting to Barr’s news conference in advance of the report’s release, they demanded that Mueller testify to Congress as soon as possible. House Intelligence Chairman Adam Schiff invited Mueller to testify, saying “the public deserves the facts, not Attorney General Barr’s political spin.”

The voluminous report touched on several well-known incidents, including Trump’s firing of Comey in May 2017. 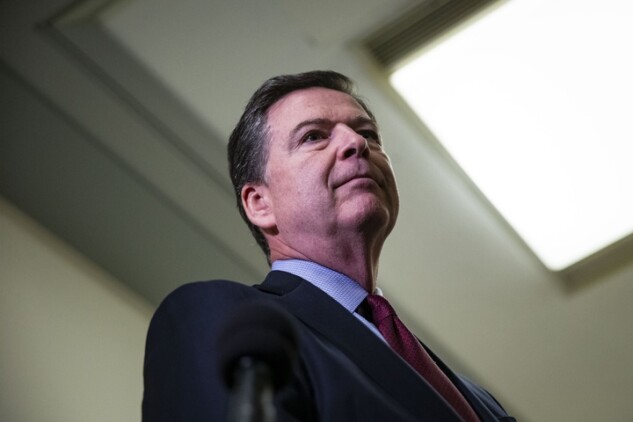 Mueller said the White House wanted to put out a statement saying the firing was the idea of Deputy Attorney General Rod Rosenstein. But Rosenstein told other Justice Department officials that he wouldn’t participate in putting out a “false story,” according to the report.

Still, Mueller said, “The evidence does not establish that the termination of Comey was designed to cover up a conspiracy between the Trump campaign and Russia.”

Mueller also discussed efforts by Trump to have him fired.

Former White House Counsel Don McGahn said he resigned after Trump directed him to tell Rosenstein that “Mueller has to go,” according to the report. McGahn spoke to the president twice, making it unlikely that he misunderstood Trump’s request, it said.

“In response to that request, McGahn decided to quit because he did not want to participate in events that he described as akin to the Saturday Night Massacre” during Richard Nixon’s administration, the report said. McGahn resigned in October of last year.

Barr had said he would withhold material in the report that touched on classified information and grand jury proceedings or could damage the reputations of people “peripheral” to the investigation. He said Thursday that he will give leaders of several congressional committees a version of the report with no reductions except those relating to grand jury information.

The House Judiciary Committee voted on April 3 to authorize a subpoena to demand that Barr provide that the full report and supporting evidence. If no accord is reached between the lawmakers and the attorney general, a subpoena could result in a legal clash that could reach the Supreme Court. 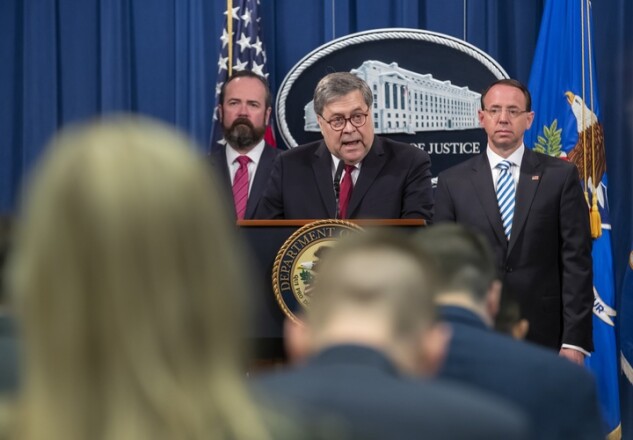 “The Constitution charges Congress with holding the president accountable for alleged official misconduct,” House Judiciary Chairman Jerrold Nadler has said. “Congress is entitled to all of the evidence.”

Mueller submitted his final report to Barr on March 22, concluding a 22-month investigation into Russia’s interference in the 2016 election. Barr released his four-page summary of the report on March 24.

Barr went beyond what’s required under Justice Department regulations by sharing any of the report. The regulations require only that he inform Congress if the special counsel was prevented from taking a significant action. Barr has said there was no such situation.

To contact the editors responsible for this story: Kevin Whitelaw at kwhitelaw@bloomberg.net Larry Liebert, Laurie Asséo