The U.S. Patent and Trademark Office (USPTO) seal is displayed outside the headquarters in Alexandria, Va., on April 4, 2014.
Photographer: Andrew Harrer/Bloomberg via Getty Images

Morgan Lewis’ patent prosecution team consists of around 90 lawyers and 45 agents and prosecution specialists in total. 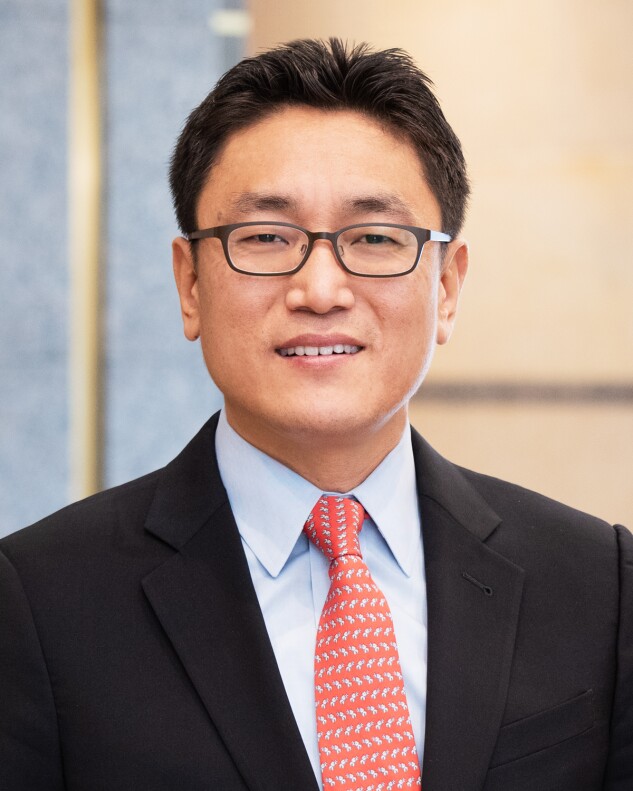 “The addition of Hosang and his team deepens our capabilities to serve clients throughout the Asia-Pacific region, which remains a chief priority for our firm, and further strengthens our Korea-focused practice,” McKeon said in a statement.

Lee is a member of the Korean Patent Bar and has represented many of Korea’s major companies in preparing and prosecuting U.S. and non-U.S. patent applications. His addition to the firm will strengthen its ties to the region, which is home to global electronics powerhouses Samsung and LG.

Before joining Morgan Lewis from McDermott, Bucca worked as a researcher in government laboratories in the semiconductor and chemical industries.

Attorneys defected from McDermott to Morgan Lewis in two waves last year, landing in Morgan Lewis offices in Chicago, Washington, Silicon Valley and Orange County, Calif. The firm has 30 offices across the globe.

Aside from its big partner hires in 2018, Morgan Lewis has also made notable strides in partner class diversity. Of the 15 top firms on the AmLaw rankings, Morgan Lewis had the highest percentage of women included in its partner promotion announcements last year, according to an analysis by Bloomberg Law.