has hired a multi-lawyer legal team with experience in cases involving murder, terrorism, securities crimes and even a notorious drug lord.

The team on Friday will request bail for the former socialite, whom the government has labeled an “extreme flight risk.”

In a court filing late Thursday in a civil case brought by an alleged Epstein victim, Menninger assailed the government’s indictment of her client, saying, “The Attorney’s Office for the Southern District of New York on June 29, 2020, caused a meritless indictment to be issued against Ms. Maxwell.”

Menninger also wrote that Maxwell repeatedly “denies the allegations” contained in the civil complaint filed by the accuser, who alleges that Maxwell and Epstein began their sexual assaults after befriending her at a children’s summer camp. The woman said Epstein later raped her after he moved her to a Manhattan apartment when she was 17. 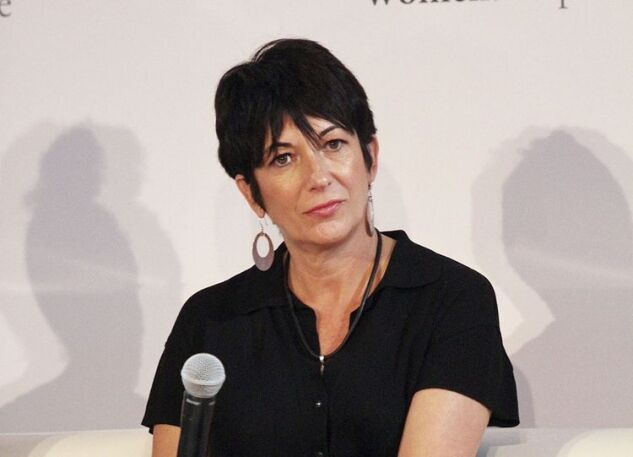 Combining the Denver attorneys with the former New York prosecutors is a savvy approach for a defense that must grapple with decades-old evidence if it hopes to even the odds against the government, said Jennifer Rodgers, a former federal prosecutor in Manhattan who’s not involved in the case.

“Chris and Mark Cohen have just come on the case, they’re going to be scrambling to get up to speed as there’s a lot of evidence, and this case dates back to the mid-1990s,” said Rodgers, who once supervised Everdell in the U.S. attorney’s office in Manhattan. Menninger and Pagliuca “know all the facts, so this seems like a smart strategy.”

Maxwell, the daughter of late British publishing tycoon , faces federal charges that she lured girls as young as 14 for sexual encounters with Epstein.

Prosecutors say she spent spent years at Epstein’s side and was a central figure in his criminal enterprise. Epstein died in a New York lockup in August, an apparent suicide, but prosecutors in Maxwell’s trial still must present detailed evidence of a sex-trafficking ring and her alleged role as his accomplice.

The first legal clash for Maxwell, 58, is scheduled for next week, when a hearing is scheduled on her bail request. Prosecutors are asking that she be held in custody for trial.

Maxwell’s lawyers will have to review millions of pages of evidence the U.S. has collected over the decades. While her lawyers haven’t yet disclosed their legal strategy, they’ll have to confront the allegations as well as the emotional testimony from women who’ve come forward and accused Maxwell of engaging in and enabling their abuse.

More than a dozen women accused Epstein of abusing them, but according to prosecutors, three were victims of both Maxwell and the financier.

One suit filed in January by a “Jane Doe” alleges she was just 13 and attending a summer camp in Michigan when Maxwell and Epstein approached her and asked for her contact information. The woman, who now lives in California, says she believes she was their first known victim.

Everdell spent more than a decade working for the government, focusing on complex frauds, cybercrime, terrorism and international narcotics cases. In 2014, the Federal Drug Agent Foundation cited Everdell and his team for their work in the investigation and apprehension of Mexican drug lord .

Cohen served in the federal prosecutors office in Brooklyn, New York, where he was part of a team that convicted Thomas Pitera, a Bonnano organized-crime family hit man known for dismembering his victims.

Both former public defenders with experience in sex-crimes cases, Menninger and Pagliuca have represented Maxwell in civil lawsuits by women who claim she helped Epstein recruit them for underage sex, with Maxwell participating in some of the sexual assaults.

Two years ago, Pagliuca helped defend a Wyoming businessman who was charged with sexually assaulting a young woman who was unconscious in his home. The man was convicted, but the verdict was thrown out on appeal. Menninger, who was a financial analyst at before going to , worked at a top-flight firm in New York before heading to the Colorado public defender’s office.

, a veteran criminal defense lawyer in New York, said the four will play to each other’s strengths.

“It’s a very smart for the defense to hire and obtain local counsel who can guide them,” he said. Everdell and Cohen “know their way around, they know people in the prosecutor’s office and they can, if they want, try to work out a deal. They can operate with knowledge about what’s going on with the other side, which can’t be done as well by lawyers who practice primarily in Colorado.”

Cohen and Everdell will also be in a good position to analyze and come up with a game plan for handling a high-profile, challenging criminal prosecution, said Jonathan Sack, a former colleague of Cohen who worked with him in the Brooklyn U.S. Attorney’s office in the mid-1990s.

“Mark is a thoughtful lawyer who will know his case, understand it and have a good sense of what the prosecution is doing and what the options are for the defense,” Sack said. “He’ll carefully assess the strengths and weaknesses in the government’s case and will have a good feeling for how a jury would view the facts as well as his client.”