Cendali in 2003 argued and lost a copyright case involving Dwight D. Eisenhower’s wartime memoirs, “Crusade in Europe.” She’s hoping to have more luck when she takes the lectern this month in a decades-old trademark dispute involving “defense preclusion.”

Cendali, who appears Jan. 13, is one of just two women set to argue at the high court in January. That continues the gross disparity between male and female advocates appearing before the justices. Eighteen men will take the lectern during the court’s two-week argument sitting. 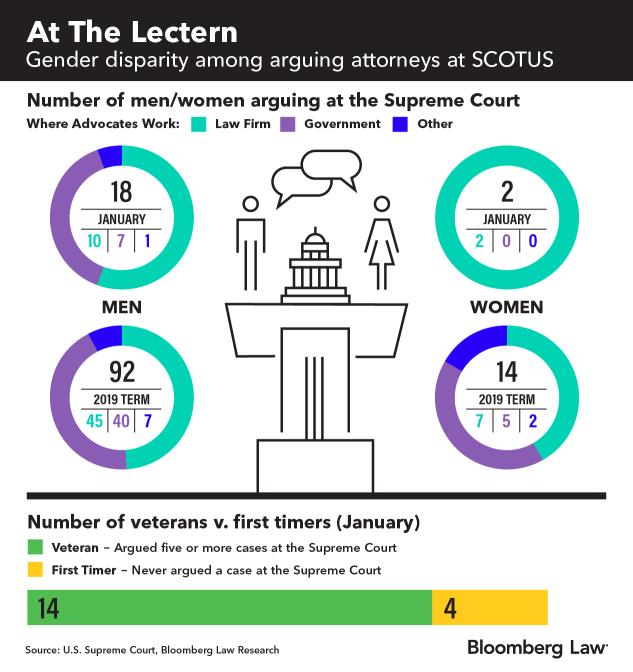 Williams & Connolly’s Lisa Blatt will join Cendali as the other woman in arguments this sitting, appearing Jan. 14 in another trademark case.