Hearing arguments two months after letting the measure take effect, justices including and voiced skepticism about various parts of Texas’ defense of the law. The court is considering separate bids by abortion providers and the Justice Department to block application of the law, which bans abortion after about six weeks of pregnancy. 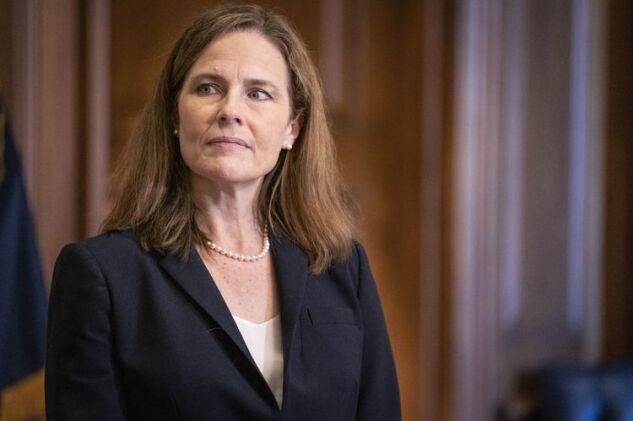 The argument centered on an unusual provision Texas included -- making the law enforceable only through lawsuits by private parties -- to try to keep federal courts from getting involved and stopping the law. Courts typically block unconstitutional laws by ordering government officials not to enforce them.

Kavanaugh characterized that provision as “a loophole that’s been exploited here, or used here” and expressed concern it could be used as a model to restrict other freedoms, including gun rights.

Kavanaugh and Barrett were in the majority when the Supreme Court the law take effect Sept. 1 on a 5-4 vote. The court said the providers failed to overcome “complex and novel antecedent procedural questions” even while acknowledging “serious questions” about the law’s constitutionality.

The Supreme Court could act within a matter of weeks or even days. The court could block the Texas law itself or kick the provider case back to a federal trial judge to let him do so.

The Texas law is by far the strictest abortion ban in effect in the country, outlawing the procedure far earlier in pregnancy than the Supreme Court has ever allowed. Under a 1992 Supreme Court precedent, states can’t impose significant restrictions on abortion until the fetus becomes viable, or capable of living outside the womb, a point sometime after the 20th week of pregnancy.

The court will hear next month on a Mississippi appeal that seeks to directly overturn the landmark 1973 Roe v. Wade decision, which legalized abortion nationwide. Mississippi is defending its ban on abortion after 15 weeks of pregnancy.

The Texas statute bars abortion after fetal cardiac activity can be detected and puts infringing clinics at risk of being shut down. The law lets private parties sue a clinic or anyone who helps a woman get an abortion -- and collect a minimum of $10,000 in damages per procedure -- but doesn’t authorize government officials to sue alleged violators.

The lawyer representing the clinic and doctors, of the Center for Reproductive Rights, said Monday the potential penalties were having a “chilling effect” on providers. “No rational abortion provider would violate this law,” he said.

Chief Justice picked up on that argument, asking Texas Solicitor General whether his defense of the law would change if the penalty were $1 million instead.

“Nobody is going to risk violating the statute, because they’ll be subject to suit for a million dollars,” Roberts said. “That takes a lot of fortitude to undertake the prohibited conduct in that case. And under the system, it is only by undertaking the prohibited conduct that you can get into federal court.”

Stone said abortion providers’ situation was no different than those of people who might have a Second Amendment defense to charges of illegal firearm possession.

Kavanaugh pressed Stone on the prospect that the legal machinery of the new abortion law could be used against other freedoms, including gun and religious rights. He asked Texas’ lawyer to imagine a law that let anyone sue a person for using an AR-15 rifle and hold them liable for $1 million.

“A state passes a law: Anyone who declines to provide a good or service for use in a same-sex marriage, a million dollars, a suit by anyone in the state, that’s exempt from pre-enforcement review?” Kavanaugh asked.

Justice said extreme hypotheticals weren’t necessary to understand the implications of the Texas law. “The actual provisions in this law have prevented every woman in Texas from exercising a constitutional right as declared by this court,” she said. “That’s just not a hypothetical, that’s an actual.”

She qualified that statement seconds later, saying, “I should have said every woman in Texas who has not learned and has not made a decision before six weeks.”

The providers’ lawsuit names various Texas officials as defendants, including a state judge and court clerk who would be responsible for handling cases in their jurisdictions, along with an anti-abortion pastor who the clinics say has threatened to sue those who violate the act. The Justice Department is suing the state as a whole but seeking an order that would bind individuals.

Texas says the Constitution doesn’t guarantee pre-enforcement review of laws in federal court. The Justice Department and abortion providers say the state is using an unprecedented ploy to nullify the court’s abortion-rights precedents.

U.S. Solicitor General , making her first argument since winning Senate confirmation last week, told the justices that Texas designed the law “to thwart the supremacy of federal law in open defiance of our constitutional structure.”

She tangled with Justice , who asked her whether she could cite an example of a court order that applied to all people who could potentially bring a suit. “Not in the history of the United States, you can’t identify one for us, right?” he said.

Prelogar, the Biden administration’s top Supreme Court lawyer, quickly countered: “In the history of the United States, no state has done what Texas has done here.”

Barrett questioned whether the court would need to grant the Justice Department request if the justices backed the providers, saying the former would be a “pile-on injunction.”

(Updates with excerpts from arguments starting in 10th paragraph.)