Federal sentencing and prison experts Alan Ellis, Mark Allenbaugh, and Nellie Torres Klein continue their look at the First Step Act of 2018, a new bipartisan federal prison reform law. In Part 2 of this three-part series, they review a long-awaited revision to the controversial method for calculating good conduct time credits, which may result in more granted requests for compassionate release.

The Bureau of Prisons’ controversial method for calculating good conduct time credits has finally been overturned by Congress.

While the BOP always has had the statutory authority to reduce a term of imprisonment by up to 54 days for every year served as a reward for good conduct, the BOP adopted a rather convoluted method for calculating such credit, which resulted in an effective good conduct credit of only 47 days per year.

In 2010, the Supreme Court affirmed this method as “reasonable.”

Section 102 of the First Step Act of 2018 (Act) now makes clear that 54 days’ good conduct credit per year served means exactly that, which can result in a rather significant increase in credits for those currently serving time.

For example, a defendant sentenced to 120 months’ imprisonment would only receive 471 days good conduct credit under the BOP’s old method for calculating the credit. Now, in light of the Act, the same defendant is eligible for 540 days of good conduct credit, i.e., an additional 69 days’ credit. Thus, the Act, it was initially thought, could result in the immediate release of hundreds of inmates. 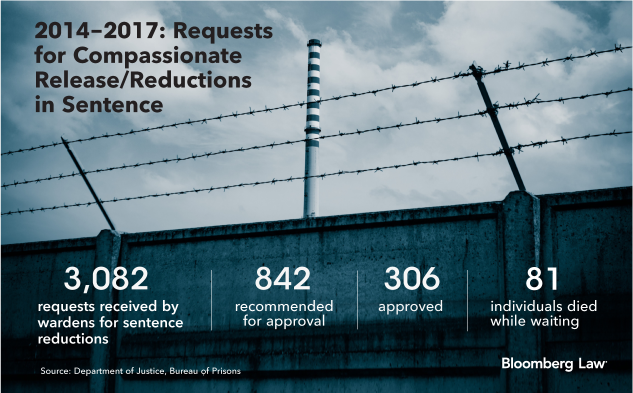 Unfortunately, in Congress’ haste to pass this legislation, a provision of a prior version was left in place that will significantly delay the effective date of this change. According to Section 102(b)(2) of the Act, this change to calculating good conduct time credits will not take effect until “the Attorney General completes and releases the risk and needs assessment system” required by another provision of the Act that we will address in the third installment to this series.

The First Step Act requires that the risk assessment system be finalized and released publicly no later than 210 days (seven months) after the Act’s signing. In other words, no one will see additional good time credit added to their sentence until at least seven months after Dec. 21, 2019, unless the Department of Justice completes and releases the risk assessment tool sooner.

Obviously, the recent record-long government shutdown has only contributed to further delays in implementing this and other provisions of the Act. In the meantime, fortunately, indications are that Congress is aware of the problem and working on a legislative fix. In any event, once effective, it will apply retroactively.

All incarcerated individuals, other than those serving a life sentence, are eligible for good time credits.

Congress created compassionate release as a vehicle for reducing the sentences of inmates with a debilitating medical condition (e.g., serious or terminal illness), or elderly inmates who already have served a significant amount of their time where continued incarceration would be inequitable and unjust. Compassionate release may also be considered in non-medical circumstances such as the death or incapacitation of a spouse, registered partner, or the sole family caregiver of an inmate’s child. Regardless of the basis for compassionate release, BOP regulations require extraordinary or compelling circumstances which could not reasonably have been foreseen by the court at the time of sentencing.

So concerned was the Sentencing Commission by the low approval rates and the fact that only the director of the BOP could file compassionate release motions, that it actually amended the U.S. Sentencing Guidelines to “encourage” the director to more frequently file such motions under even broader criteria than what the BOP then utilized.

What is new is the following:

In other words, before the First Step Act took effect, inmates could not appeal the denial of their application for compassionate release to their sentencing judge. Now, under the First Step Act, they can. They may file a request for reduction of sentence with the sentencing judge after receiving a BP-11 denial of the application or the lapse of 30 days from the receipt of such a request by the warden at the inmate’s facility, whichever is earlier.

In light of the fact inmates now have the right to move for compassionate release, it is expected that such releases will be more frequently and quickly granted. Luckily, this provision of the Act took immediate effect, and was not hampered by an oversight in legislative drafting.

The tough-on-crime/War on Drugs rhetoric that largely contributed to the incarceration crisis in this country appears to finally be turning a corner in favor of an empirical-based approach focused on recidivism reduction, favorable re-entry programming, and earlier release. More about recidivism reduction programming and earlier release in our next article in the series.

*A prior article focused on the sentencing reform aspects of the Act. The final article will discuss the Act’s requirement of the BOP to introduce recidivism reduction programming, which can lead to earlier releases and expanded use of home confinement.

Alan Ellis, a past president of the National Association of Criminal Defense Lawyers and Fulbright Award winner, is a criminal defense lawyer with offices in San Francisco and New York. With more than 50 years of experience as a practicing lawyer, law professor, and federal law clerk, he is a nationally recognized authority in the fields of federal plea bargaining, sentencing, prison matters, appeals, and habeas corpus 2255 motions with more than 120 articles and books and 70 lectures, presentations and speaking engagements to his credit.

Mark H. Allenbaugh, co-founder of Sentencing Stats, LLC, is a nationally recognized expert on federal sentencing, law, policy and practice and is a former staff attorney for the U.S. Sentencing Commission. He is a co-editor of Sentencing, Sanctions, and Corrections: Federal and State Law, Policy, and Practice (2nd ed., Foundation Press, 2002).

Nellie Torres Klein, a federal prison consultant to the Law Offices of Alan Ellis, is a former U.S. Department of Justice Honors Attorney and senior counsel with the Federal Bureau of Prisons. She has 20 years of prison litigation experience specializing in sentence computation, disciplinary hearings and sanctions, conditions of confinement, and cases brought under the Federal Tort Claims Act.