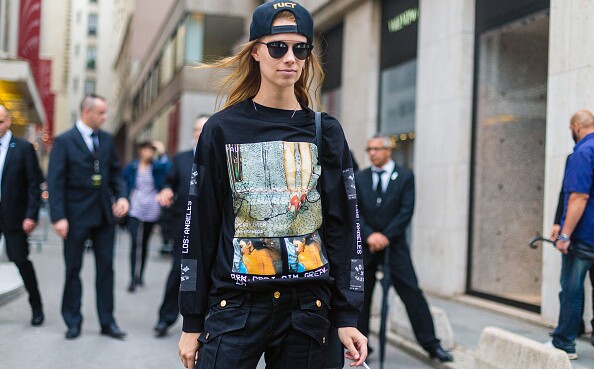 The impact of the U.S. Supreme Court’s ruling in Iancu v. Brunetti for trademark prosecutors is clear—the U.S. Patent and Trade Office (USPTO) can no longer refuse to register trademarks that are immoral or scandalous.

In the decision, the Supreme Court answered an important question at the intersection of trademark and First Amendment law: Whether the prohibition on registering “immoral or scandalous” trademarks in Section 2(a) of the Lanham Act violates the Free Speech Clause of the First Amendment.

Just two years earlier in Matal v. Tam, the U.S. Supreme Court invalidated a neighboring provision of Section 2(a) that prohibited registering disparaging trademarks on the basis that the provision was a viewpoint-based restriction on speech. With Brunetti, the court continues to outline the contours of the Free Speech Clause as it applies to trademarks and, consequently, the scope of marks that can obtain status as registered trademarks.

Erik Brunetti filed an application to register “FUCT” as a trademark with the USPTO in 2011. The examining attorney at the USPTO denied Brunetti’s trademark application for FUCT under Section 2(a) of the Lanham Act, stating that the mark’s “phonetic equivalent” was “vulgar, profane and scandalous.”

Brunetti appealed to the USPTO’s Trademark Trial and Appeal Board (TTAB), and the TTAB affirmed the examining attorney’s refusal to register Brunetti’s mark under Section 2(a) of the Lanham Act.

Brunetti appealed the TTAB’s finding to the U.S. Court of Appeals for the Federal Circuit. In 2017, the Federal Circuit reversed the TTAB’s ruling, and held that Section 2(a)’s bar on immoral or scandalous trademarks was unconstitutional. The Federal Circuit relied on Matal v. Tam for its holding, under which the U.S. Supreme Court held that Section 2(a)’s prohibition on registering trademarks “which may disparage … persons, living or dead, institutions, beliefs, or national symbols” was a viewpoint-based restriction on speech that violated the First Amendment.

The Federal Circuit extended the logic promulgated in Tam in holding that the immoral or scandalous provision similarly “discriminate[d] based on content in violation of the First Amendment.” Andrei Iancu filed for writ of certiorari to the U.S. Supreme Court.

In a 6-3 decision, the U.S. Supreme Court affirmed the Federal Circuit’s ruling, and held that the immoral or scandalous provision violated the First Amendment.

The U.S. Supreme Court recalled that “[v]iewpoint discrimination doomed the disparagement bar” at issue in Tam, and reasoned that “[i]f the ‘immoral or scandalous’ bar similarly discriminates on the basis of viewpoint, it must also collide with our First Amendment doctrine.”

The U.S. Supreme Court examined various dictionary definitions for the words “immoral” and “scandalous,” and found that they amounted to anything that offended good morals. The Supreme Court concluded that, by baring trademarks that meet these vague criteria, Section 2(a) favored ideas “aligned with conventional moral standards” over “those hostile to them,” resulting in viewpoint discrimination.

Finally, the Supreme Court refused to interpret “immoral” or “scandalous” narrowly to prohibit only marks that are offensive “because of their mode of expression, independent of any views that they may express.” The USPTO argued that such a narrow reading would have allowed them to reject trademarks like FUCT (or its phonetic equivalent) because of their inherent vulgarity, and not because they are tied to a particular viewpoint.

Nonetheless, the high court insisted that, because the statutory language applies “whether the scandal and immorality comes from mode or instead from viewpoint,” reading “immoral” or “scandalous” so narrowly would require the court “to fashion a new [statute].” Therefore, the court held that the immoral or scandalous provision violated the First Amendment.

The U.S. Supreme Court could not have decided Brunetti differently without disturbing its holding in Tam. The Lanham Act’s prohibition on immoral or scandalous trademarks was plainly viewpoint based because the USPTO had to consider one’s viewpoint as to what constitutes immorality or scandal to determine if a mark fell into either category.

The holding in Iancu v. Brunetti will impact how trademarks are prosecuted and enforced. The bright line rule from the decision will make it easier for trademark prosecutors to predict successful registration of a mark, which was difficult in the past given the USPTO’s inconsistency in rejecting potentially offensive marks. Similarly, knowing that the USPTO cannot invalidate their marks as immoral or scandalous will enable trademark attorneys to be more aggressive in policing infringement of their client’s marks and protecting their branding.

The U.S. Supreme Court seemed to leave some room for Congress to prevent a deluge of needlessly vulgar trademarks. Justice Alito made clear in his concurrence that Congress could still enact a statute prohibiting “marks containing vulgar terms that play no real part in the expression of ideas.” Likewise, the majority’s hesitance to outright condemn any bar on plainly vulgar trademarks suggests that at least some of those Justices would uphold a narrower statute as a permissible restriction on speech should Congress choose to enact it.

Jordan Altman is a partner in Shearman & Sterling’s Intellectual Property Transactions Group. He practices corporate law with an emphasis on structuring, drafting and negotiating agreements that focus on the development, transfer, procurement, commercialization and maintenance of intellectual property and technology.

JB Betker is an associate and a member of Shearman & Sterling’s Intellectual Property Transactions Group.

Richard Hauser was a summer associate at Shearman & Sterling.