Now that Judge Amy Berman Jackson has imposed a 40-month sentence on Roger Stone, the longtime Republican operative and associate of President Donald Trump, we can consider the longer-term impact of the position Attorney General William Barr took in the case.

Barr’s revised sentencing position advanced several arguments on behalf of the defense, and abandoned the Department of Justice’s traditional role in the judicial system of advocating for public safety, national security, and the rule of law.

Given this break from precedent, it is a fair question to ask why all criminal defendants should not benefit from his generous, charitable, and non-adversarial approach. Other citizens convicted of crime differ from Stone only because they lack powerful friends. Does not the precept of “equal justice for all” apply, and require Barr to extend his olive branch to others?

There is a tradition in the DOJ of issuing memos to note significant policy shifts and to guide future prosecutors. For example, the DOJ issued the “Filip Memorandum” in August 2008 (named after then Deputy Attorney General Mark Filip) to inform business entities what they must do to earn cooperation credit. There was also the “Yates Memorandum” in September 2015 (named after then Deputy Attorney General Sally Quillian Yates) to require federal prosecutors to hold individuals accountable for corporate wrongdoing. 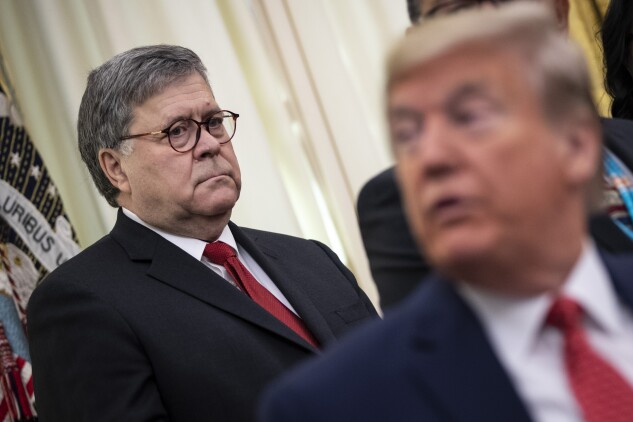 The first new policy described above—advocating no enhanced sentence applies when a defendant merely attempts to obstruct the administration of justice—is of course ridiculous. The second two—advancing arguments for lesser sentences merely because colorable grounds exist—abandon the prosecutor’s role. Together, the three represent an ignominious reversal of past policy for the singular benefit of an undeserving man of privilege.

Attorney General Barr has since pushed back against President Trump for making “it impossible for me to do my job.” This blame is misplaced. It was the attorney general who took positions for Stone that he cannot apply across the board to all defendants. These positions were legally untenable and forsook the prosecutor’s role in the judicial process. That is why the four prosecutors assigned to the case resigned. They had the courage to stand up for the oath they had sworn.

This column does not necessarily reflect the opinion of The Bureau of National Affairs, Inc. or its owners, or the law firm Saul Ewing Arnstein & Lehr LLP.

Christopher Hall is a white collar and government litigation lawyer and law firm partner. He draws on his experience as a former Assistant U.S. Attorney to represent clients who seek to convince the government to decline or reverse its intent to prosecute or to bring a civil enforcement action. As a federal prosecutor, he won jury verdicts in more than 30 federal felony criminal prosecutions and handled cases involving a diverse array of matters, including the Clean Water Act, the Computer Fraud and Abuse Act, and mail and wire fraud.