The Supreme Court will consider whether to reverse the constitutional right to abortion it created nearly a half century ago, the culmination of a conservative legal campaign to chip away at the landmark Roe v. Wade ruling.

“The idea was that you would introduce more and more restrictions and get the Supreme Court to say that some or all of them were okay,” said Mary Ziegler, a professor at Florida State University College of Law and an expert on the legal history of reproduction. “And then by the time you actually got around to telling the court to reverse Roe, there would be very little of the abortion right left.”

Now, the justices could overturn Roe altogether this term. They hear a challenge Wednesday to Mississippi’s ban on almost all abortions after 15 weeks of pregnancy in Dobbs v. Jackson Women’s Health Organization.

The 7-2 decision in Roe authored by Justice Harry Blackmun established a trimester framework, leaving it to a patient and physician to decide whether to have an abortion during the first three months of pregnancy. The state gained power to protect the mother’s health in the second trimester and a compelling interest in protecting potential life at viability—which was then estimated at seven months.

It was a “devastating opinion,” said Jennifer Popik, legislative counsel for National Right to Life Committee, which was formally incorporated in 1973 after Roe. The ruling “made it very hard to restrict abortion in any kind of meaningful way,” she said.

With opponents unable to get a constitutional amendment to outlaw abortion, overturning Roe became the second-best option, said Ziegler, author of books including Abortion and the Law in America: Roe v. Wade to the Present.

The legal campaign began in earnest in the 1980s and included efforts to elect more officials opposed to abortion, enact new laws at the state level, and reshape the Supreme Court that might one day rule on them.

On the litigation track, Popik pointed to abortion-funding cases, like 1980’s Harris v. McRae, which, on a 5-4 vote, upheld the Hyde Amendment that blocked Medicaid funds for abortion. In another 5-4 ruling, the Supreme Court upheld Missouri’s restrictions on using public employees and facilities for abortions in the 1989 case Webster v. Reproductive Health Services.

“You might have this right to abortion in the Constitution but the government didn’t have to pay for it,” Popik said of those abortion-funding rulings.

The anti-abortion movement was optimistic a few years later heading into 1992’s Planned Parenthood v. Casey. In 1991, Justice Clarence Thomas replaced Justice Thurgood Marshall, who had been part of the Roe majority and had consistently sided with abortion rights.

And even Kathryn Kolbert, who argued for abortion rights in Casey, thought Roe was in trouble. She had won a 5-4 victory at the court in 1986 in a case that, like Casey, involved Pennsylvania restrictions.

But the court in Casey upheld the core of Roe. A rare joint opinion by Justices Anthony Kennedy, Sandra Day O’Connor, and David Souter tossed Roe’s trimester framework, but said the government can’t impose an “undue burden” on a woman’s right to an abortion.

“A State may not prohibit any woman from making the ultimate decision to terminate her pregnancy before viability,” the joint opinion said.

Justice John Paul Stevens joined in the 5-4 majority, as did Blackmun, but Roe’s author wrote separately that he feared “for the darkness as four Justices anxiously await the single vote necessary to extinguish the light.”

The Casey decision wound up “opening the door” for a new wave of state abortion restrictions, Popik said. 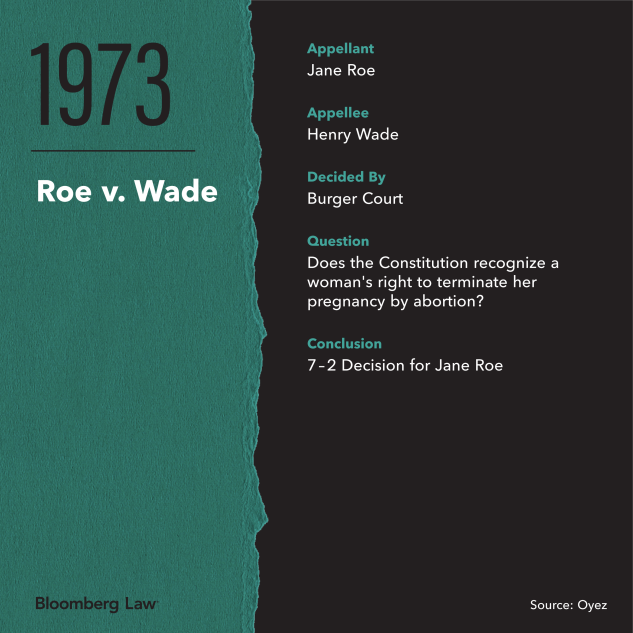 Webster and Casey gave the anti-abortion movement guidance for what types of laws they could pass, Popik said. A piecemeal approach gave way to more coordination with the National Right to Life Committee’s state legislation department offering a clearinghouse of model laws, she said. After Casey, the focus was on waiting periods, informed consent, with ongoing efforts on abortion regulations and funding bans, she said.

Clarke Forsythe, senior counsel for Americans United for Life, a group founded in 1971, said that outside groups have been able to push back against Roe at the court while states defend their restrictions on a case-by-case basis.

“So while the states are just seeking to protect a prohibition on public funding or an informed consent law or a parental notice or consent law, other actors and organizations and lawyers and activists have been allowed to tell the court: ‘Your doctrine is defective. Your doctrine doesn’t work. You really should reconsider your abortion doctrine.’ That dynamic has been going on in almost every case,” said Forsythe, who’s been with the organization since 1985.

In 2000, the justices ruled 5-4 against a partial-birth abortion restriction from Nebraska, with O’Connor in the majority. But in 2007, a year after Justice Samuel Alito replaced O’Connor, the court ruled 5-4 in favor of such a restriction. That was the anti-abortion movement‘s “next glimmer of hope” from the Supreme Court, Popik said.

But changes in the court’s makeup since have energized the movement, as Donald Trump appointed and the Republican-controlled Senate confirmed three of his justices in one presidential term.

Trump appointees Neil Gorsuch, Brett Kavanaugh, and Amy Coney Barrett are now part of a solid conservative bloc that could be sympathetic to Mississippi’s 15-week abortion ban and other fundamental challenges to Roe.

“So now you begin to see states not passing laws they think will still please the Supreme Court, but passing laws that essentially invite the court to reverse Roe altogether,” Ziegler said.

The addition of Barrett in 2020 may prove particularly pivotal, ensuring conservatives on the court no longer need support from Chief Justice John Roberts.

“We now have a more receptive audience,” said Americans United for Life’s Forsythe.

Prior to Barrett’s arrival, Roberts joined the court’s then-four Democratic appointees in a 5-4 ruling striking down a Louisiana regulation that was nearly identical to the one in Whole Woman’s Health. 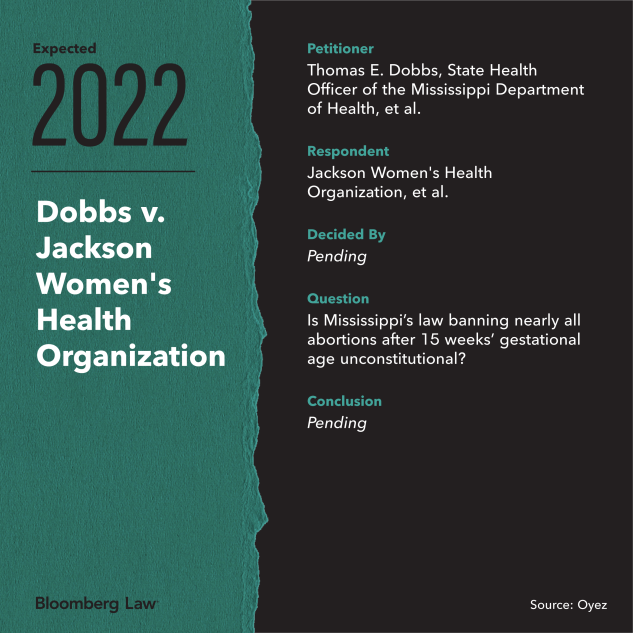 ‘No Justice Kennedy to Save Us’

Roberts was on the losing side in September when the court let Texas’ six-week abortion ban take effect. The 5-4 vote was on a procedural matter over the law—not on abortion rights themselves—and that question is still awaiting high-court decision after expedited argument. In the interim, Roe and Casey are effectively nullified in Texas.

How the court rules in Dobbs remains to be seen. But in some ways the moment echoes the early 1990s ahead of Casey, as a newly composed court hears argument in a case that further threatens Roe.

“We’re excited,” Popik said. “This is another opportunity as far as we’re concerned. We’re hopeful.”

And Kolbert, who thought Roe was doomed nearly three decades ago when she argued Casey, is even more certain of Roe‘s demise today.

“This time around,” she said, “there’s no Justice Kennedy to save us.”