The U.S. Supreme Court will review a lower court order that would require the Justice Department to turn over redacted parts of Special Counsel Robert Mueller’s report, along with underlying grand jury transcripts and exhibits.
Photographer: Alex Wong/Getty Images

The U.S. Supreme Court all but guaranteed House Democrats won’t get pre-election access to confidential materials from Special Counsel ’s Russia investigation, agreeing to hear a Trump administration appeal likely to extend a legal fight into next year.

The justices said they will review a lower court order that would require the Justice Department to turn over redacted parts of Mueller’s 448-page report, along with underlying grand jury transcripts and exhibits. The Supreme Court will consider the case in the nine-month term that starts in October.

The House Judiciary Committee sought the records as part of its impeachment inquiry last year. President was impeached on different grounds by the Democratic-controlled House before being acquitted by the Republican-controlled Senate. 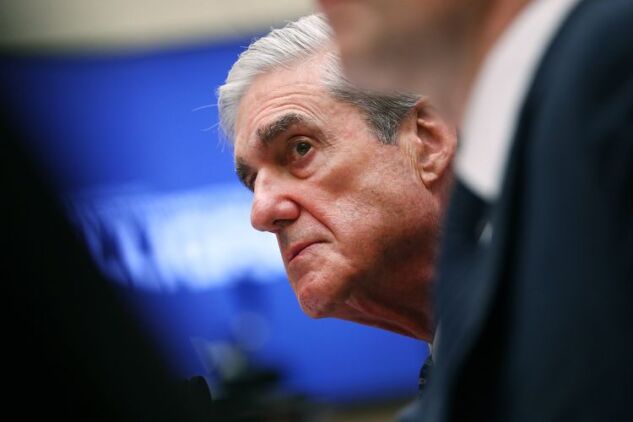 Democrats say the materials would help them determine whether Trump committed impeachable offenses by obstructing the FBI’s and Mueller’s investigations into Russian interference in the 2016 election. Mueller found 10 instances of possible obstruction of justice but stopped short of determining whether Trump had engaged in obstruction.

Trump and Attorney General “are continuing to try to run out the clock on any and all accountability,” House Judiciary Chairman of New York said in an emailed statement. “While I am confident their legal arguments will fail, it is now all the more important for the American people to hold the president accountable at the ballot box in November.”

Justice Department spokeswoman Brianna Herlihy said the department is “pleased the court is hearing the case.” She declined to comment further.

The administration argues that a federal trial judge lacked power to unseal the information. Grand jury materials are normally sealed, but federal rules let a judge authorize disclosure for “judicial proceedings.” The key legal question is whether that includes House impeachment inquiries.

The Supreme Court in May the appeals court decision from taking effect until the justices decided how to handle the case. Thursday’s order extends that hold until the high court rules.

The case is Department of Justice v. House Committee on the Judiciary, 19-1328.