President Donald Trump may get a chance to “flip” three federal appeals courts that currently have a majority of Democratic-nominated judges.

Filling current vacancies at the U.S. Courts of Appeals for the Second, Third, and Eleventh Circuits would put Trump in striking distance of having a majority of Republican nominees on those courts. 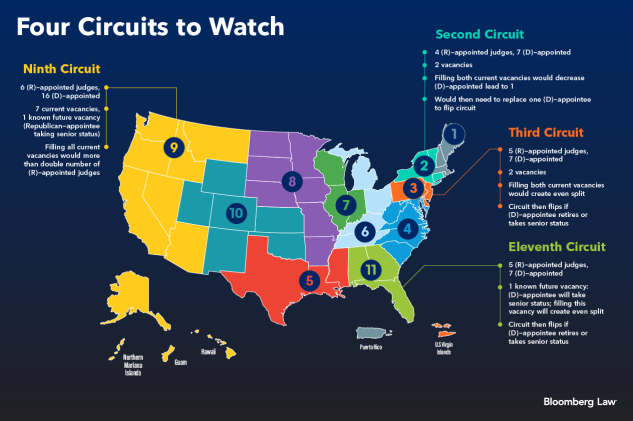 Trump also has an opportunity to more than double the number of Republican appointees on the Ninth Circuit, which now has seven vacancies after the sudden death of Judge Stephen Reinhardt March 29.

Though that court is unlikely to flip in the foreseeable future, increasing its ...