A company tied to the husband of House Speaker showed up among hundreds of thousands of recipients of loans from the $669 billion Paycheck Protection Program.

Paul Pelosi is “a minor, passive investor” in the firm, EDI Associates, said Drew Hammill, a spokesman for Nancy Pelosi. “He was not involved in or even aware of this PPP loan.”

On Monday night, Hammill said that Paul Pelosi’s stake was 8.1%.

The loan to the limited partnership that has an investment in a California hotel turned up in disclosures for the program that were released earlier Monday by the Treasury Department and Small Business Administration. In addition, three foundations associated with congressional caucuses were listed as loan recipients. 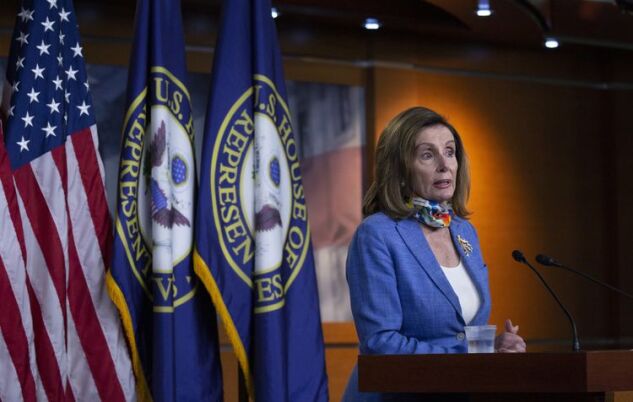 The partnership is listed as a recipient of a loan between $350,000 and $1 million. The company was listed in Nancy Pelosi’s latest House financial disclosure report filed in May 2019, for the year 2018. Paul Pelosi is a businessman and investor.

EDI Associates, which is listed in Pelosi’s disclosure form as located in Sonoma, California, is identified as a limited partnership with an investment in the El Dorado Hotel. The value of the asset on the form -- identified as belonging to Pelosi’s spouse -- is listed as between $250,001 and $500,000.

A number of other companies tied to federal lawmakers have surfaced in previous media reports as having accepted loans from the program, which is part of the $2 trillion CARES Act that Congress passed to counter economic damage from the coronavirus pandemic.

Pelosi had previously been a major critic of what she cast as the Trump administration’s concealment of PPP loan data. Last month, after the administration agreed to release some loan-level details, she praised the decision.

“The Trump administration’s concealment of PPP loan data was a disturbing sign of its complete indifference to ensuring that Paycheck Protection Program funds go first and foremost to the most vulnerable small businesses on Main Street,” she said on June 20, in a release. “Its reversal is an overdue step toward securing the transparency needed to ensure struggling small businesses, particularly minority, women and veteran-owned businesses, are getting the vital assistance they need to survive and retain their workers.”

Four other House members surfaced in previous reports about businesses that took Paycheck Protection Program loans. Republicans of Texas and of Missouri and Democrats of Nevada and of Florida have ties to companies that are either run by their families or employ their spouses as a senior executives.

The SBA issued a rule that would allow lawmakers to bypass a conflict-of-interest review process in applying for the small business loans, a move that critics have said creates the potential for self-dealing and abuse. Typically, members of Congress and some other government employees have to seek approval from the SBA’s Standards of Conduct Committee if they are seeking aid for a company where they or a “household member” are an owner, officer, director or shareholder with at least a 10% stake.

“The PPP has saved countless businesses and the jobs of millions of Americans, but those in Congress who are voting on it — or any issue — where a potential conflict of interest may exist need to be upfront about it,” Ernst said in a statement. “The only reason to oppose this bill is if you have something to hide.”

The data released Monday also show that the Congressional Black Caucus Foundation and the Congressional Hispanic Caucus Institute each received PPP loans of between $350,000 and $1 million. Both are nonprofit nonpartisan public policy, research and educational arms of the member caucuses.

Erica Southerland, a spokeswoman for the CBC Foundation, released a statement explaining the loan was sought for use toward payroll costs and other eligible expenses, and “will allow for seamless continuance of our nonprofit, nonpartisan mission to advance the global black community by developing leaders, informing policy, and educating the public.”

“Without this assistance, the CBCF would have faced a 30% reduction in the overall organizational budget impacting more than 25 employees,” according to the statement. “In addition, the CBCF provides paid, need-based fellowship and internship opportunities to equip future leaders and increase diversity on Capitol Hill.”

A spokeswoman for the CHC Institute did not immediately respond to a request for comment.

A spokesman for a third group that’s listed as receiving a loan for between $350,000 and $1 million, the Congressional Sportsmen’s Foundation, did not immediately respond to a request for comment.