Federal prosecutors in Manhattan brought their first ever case for insider-trading in digital coins, charging a former product manager with leaking information to help his brother and a friend buy tokens just before they were listed on the exchange.

The Thursday arrest of Ishan Wahi, who helped oversee listings for a Coinbase unit focused on investment products, follows a sweeping probe involving the Southern District of New York and the . The SEC also alleged Wahi violated the agency’s anti-fraud rules.

“Today’s charges are a further reminder that Web3 is not a law-free zone,” Manhattan US Attorney said in a statement. “Our message with these charges is clear: fraud is fraud is fraud, whether it occurs on the blockchain or on Wall Street.” He added that Coinbase had cooperated with the probe. 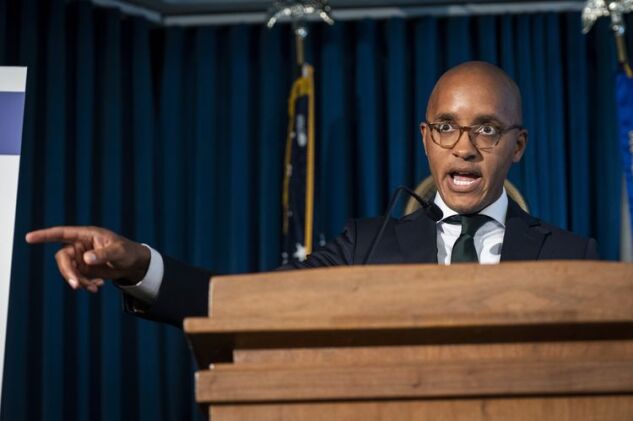 Coinbase lets Americans trade more than 150 tokens, including many that have been added in recent months. Because of the platform’s status as the US’s largest crypto exchange, coins can often see a rush of interest -- and a surge in price -- immediately after being included.

Wahi tipped off his brother, Nikhil Wahi, and friend Sameer Ramani when tokens were about to be listed by the exchange, according to charges filed on Thursday in New York. Nikhil Wahi and Ramani allegedly used that information to trade dozens of tokens from at least June 2021 until April 2022 for a profit of more than $1 million, the government said.

Prosecutors charged the three men with wire fraud conspiracy and wire fraud and the SEC accused them of insider trading.

Andrew St. Laurent, an attorney for Ishan Wahi, 32, declined to comment. Ramani, 33, remains at large, according to the US Attorney’s office.

Priya Chaudhry, a lawyer for Nikhil Wahi, 26, who was also arrested, said in a statement that her client didn’t do anything wrong. “These prosecutors are trying to criminalize innocent behavior because they are looking for a scapegoat because so many people have lost money in cryptocurrency recently,” Chaudhry said. “The government is embarrassed and arresting Nikhil Wahi is a knee-jerk reaction to save face.”

“Any illicit behavior is something we take super seriously. We have zero tolerance for it,” said , Coinbase’s chief legal officer. He said Coinbase immediately conducted an investigation after learning of a potential insider trading issue and put Wahi on unpaid administrative leave. Wahi was officially fired on July 15, Grewal said.

Manhattan prosecutors launched their investigation in April, after complaints surfaced on social media about unusually well-timed investments in tokens that were listed on Coinbase. The probe gained steam in mid-May, when authorities prevented Wahi from leaving the country.

According to prosecutors, Coinbase arranged an interview for May 16 with Wahi in Seattle as part of its internal investigation into the suspicious trading activity. The night before, Wahi bought a one-way ticket for a flight to New Delhi scheduled to leave in 11 hours.

The next day, about 35 minutes before the interview was scheduled to begin, Wahi emailed Coinbase’s director of security operations to say that he “had to fly back home” but that the meeting could be rescheduled, according to the indictment. In the 11-hour period, Wahi called and texted his brother and Ramani, sending them images of the messages he had received from Coinbase’s internal security director.

Law enforcement agents showed up at the airport before Wahi could board his flight. Despite his apparent willingness to reschedule the meeting for later in the week or the following week, he brought to the airport an “extensive array of belongings, including, among other items, three large suitcases, seven electronic devices, two passports, multiple other forms of identification, hundreds of dollars in US currency” and other personal effects, according to the filing.

The government isn’t seeking detention ahead of Ishan Wahi’s trial, agreeing to remote monitoring as part of a $1 million bail package secured by his Robinhood account, prosecutors said at an initial court appearance in Seattle Thursday afternoon.

The SEC’s complaint, filed Thursday in federal court in Seattle, alleges that Ishan Wahi violated securities laws by repeatedly providing material, non-public information to his brother and friend by text and phone calls using a foreign phone. The agency said its case against the Wahi brothers and Ramani was its first for crypto insider trading.

Nikhil Wahi and Ramani repeatedly traded on that information and recklessly or “consciously avoided knowing” that Ishan was breaching his duty of care to Coinbase in providing the information, according to the complaint. The markets regulator asked the court to order them to pay civil penalties and disgorgement of unspecified amounts.

The SEC said that it was deeming nine of the digital tokens the men traded in to be “securities”-- an important designation for the agency as it continues to exert its authority over the volatile digital asset market.

“We are not concerned with labels, but rather the economic realities of an offering,” SEC Enforcement Director said in a statement. “In this case, those realities affirm that a number of the crypto assets at issue were securities, and, as alleged, the defendants engaged in typical insider trading ahead of their listing on Coinbase,” he said.

Coinbase had policies in place to restrict employees trading or tipping off others based on confidential information, according to the SEC.

In April, Coinbase Chief Executive Officer said in a blog posting that the company had “received reports of people appearing to buy certain assets right before we announced they’d be listed.” Without providing specific examples, Armstrong added that there’s a chance that someone at the firm could leak information to outsiders and that it would hunt for misconduct and make referrals to authorities for possible prosecution if anything was found. 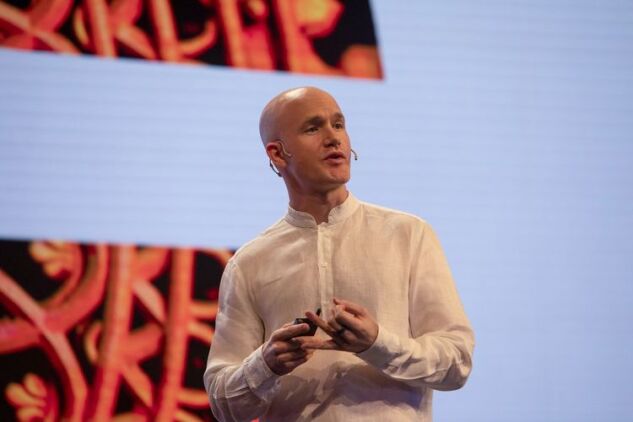 American officials have been stepping up their oversight of an industry they say often operates in legal gray areas. Insider trading is seen as a particular problem.

After years of taking a relatively cautious approach to listing tokens, Coinbase made the decision last year to significantly increase that number to take back some of the market share it had lost to competitors including rival Binance Holdings Ltd.

While Coinbase wasn’t charged, the cases could lead to additional scrutiny for the platform. In a press release, the US Attorney credited the company for cooperation in the investigation.

SEC Chair has long argued that many cryptocurrencies fall under the regulator’s jurisdiction. He’s also said that digital-asset exchanges should register with the agency because they offer trading in those products. Coinbase and other crypto platforms haven’t done so thus far.