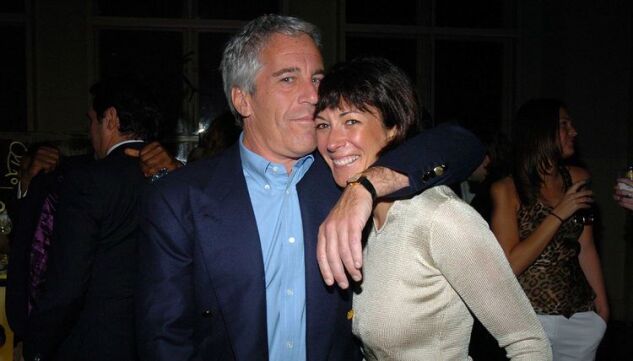 A year after the Epstein scandal jolted moneyed Manhattan, Epstein’s longtime friend was arrested Thursday by federal agents and charged with conspiracy and enticing minors to engage in sex, among other allegations in a six-count indictment. It comes a year after Epstein, whose death in a federal jail last August was ruled a suicide, was arrested on sex-trafficking charges.

The new case signals that prosecutors are aggressively pursuing allegations that others helped Epstein abuse girls and that the details will be aired in court if Maxwell takes her case to trial. It marks the latest twist in a legal saga involving one of the most elusive figures in Epstein’s circle and rekindles lingering questions, including the big one: Who else might have been involved as he preyed on minors for more than two decades?

Prosecutors say Maxwell, the daughter of the late British publishing tycoon , was at the center of the scheme. She helped “normalize” the sexual abuse by her presence as a mature woman and by feigning interest in and friendship with the girls, , the acting U.S. attorney in Manhattan, said at a news conference Thursday. She played a “critical role” in helping Epstein identify, befriend and groom minor victims for abuse by Epstein, Strauss said.

The investigation is “ongoing,” Strauss said

Lawrence Vogelman, the New Hampshire lawyer Maxwell hired to defend her, declined to comment on the charges after court. Maxwell, who was close to Epstein for years, has long denied that she was involved in his acts. Appearing in court in Manchester on Thursday afternoon, she in Manhattan.

“We moved when we were ready, and Ms. Maxwell was arrested without incident,” Sweeney said.

Maxwell had “slithered away” from an earlier location but was tracked down to a “gorgeous” property in New Hampshire where she was arrested Thursday morning, Sweeney said.

Maxwell has extensive international connections and has made 15 overseas trips in the last three years to places including the United Kingdom, Japan and Qatar, prosecutors said in a court filing asking that she be held in jail. They said they’ve located more than a dozen bank accounts for her, including one with a balance of more than $20 million.

Since Epstein’s arrest, Maxwell has been hiding out in New England, most recently on a in Bradford, New Hampshire, according to the government.

Maxwell was indicted “for helping Jeffrey Epstein sexually exploit multiple minor girls from the period of 1994 through 1997,” Strauss said. An indictment against Epstein filed last July charged him with sexual abuse of young girls from 2002 through 2005. Maxwell was the “prequel,” Strauss said.

Maxwell, 58, was a central figure in Epstein’s world before he pleaded guilty in Florida in 2008 to two state counts of soliciting prostitution, one involving a minor. They were pictured together at events in Manhattan. Employees at Epstein’s Palm Beach mansion, the epicenter of the 2008 case, referred to her as the “lady of the house.”

The victims, described as “multiple minor girls,” were as young as 14 when Maxwell allegedly selected and cultivated them by luring them to Epstein’s homes in Manhattan, Palm Beach and New Mexico, the U.S. said. Maxwell was paid by Epstein to manage his properties and had a sexual relationship with him as well, the U.S. said. Prosecutors included in the indictment a photograph of Epstein hugging Maxwell, as well as shots of homes where they say the assaults occurred.

At least three girls who were sexually abused by Epstein are described in the indictment, though not identified by name.

Jennifer Araoz, who says she was raped by Epstein at 15 after being recruited to visit his Manhattan townhouse as a high school freshman in 2001, said Maxwell’s arrest means justice for his dozens of victims.

“For years, I feared Epstein and his ring,” Araoz said in a statement Thursday. “Maxwell was the center of that sex trafficking ring. Now that the ring has been taken down, I know that I can’t be hurt anymore.”

Maxwell had been under public scrutiny since Epstein’s arrest last July. Until Thursday, she had never been charged with a crime, and her whereabouts had been a mystery despite intense speculation. Media scrums formed at locations where she was rumored to be holed up, from an In-N-Out Burger in Los Angeles to a mansion on the rocky north shore of Boston.

After Robert Maxwell’s mysterious death in 1991, she headed to New York, where she fell in with Epstein. They remained close even after the couple split, with Epstein describing Maxwell as his “best friend” in a 2003 Vanity Fair article.

Maxwell has been cited as introducing Epstein to the circle of business titans, academics and even royalty that he surrounded himself with. That included Britain’s , who has said she introduced him to Epstein. The prince was forced to retire from public duties after a disastrous TV interview in November that did little to damp speculation about his links to the pedophile.

Strauss said at Thursday’s news conference that she would “welcome” Prince Andrew to come in and talk to prosecutors. She also said Maxwell could still cooperate in the investigation.

Maxwell’s social appearances, including at Chelsea Clinton’s wedding, started to wane after her name continued to appear in lawsuits. Virginia Giuffre, who claims to have been a sexual victim of Epstein, sued Maxwell for defamation in 2015, and the unsealing of files relating to that case last August made public details of Giuffre’s allegations against Maxwell as well as prominent business and political figures.

According to the new indictment, Maxwell would first attempt to befriend victims, asking them about their lives, schools and families. Maxwell and Epstein would then spend time with them, taking them to movies or out shopping. Some of these outings would involve Epstein and Maxwell together with the girls; on other occasions, Maxwell would socialize separately with them, the U.S. said.

Maxwell’s presence during the girls’ interactions with Epstein “helped put the victims at ease,” according to prosecutors, and she would sometimes massage Epstein in front of them. At other times, she would encourage the girls to provide “sexualized massages” to him while they were fully or partly nude.

Maxwell is charged with two counts of conspiracy, perjury, enticing minors to engage in sex, and transporting a minor to engage in criminal activity. The perjury charge stems from her 2016 testimony during a case that was pending in New York.

(Updates with Vogelman and Manchester hearing in seventh paragraph)

To contact the reporters on this story:
in Federal Court in Manhattan at pathurtado@bloomberg.net;
in London at tmetcalf7@bloomberg.net