The fate of President ’s push to vaccinate millions of workers amid the latest Covid-19 surge rests with a U.S. Supreme Court likely to be wary of his assertion of broad federal power to confront the pandemic.

The justices hear arguments Friday on two administration rules, one demanding 80 million workers get vaccinated or regularly tested, and a second requiring shots for workers in facilities that receive government health-care funds. Business groups and Republican-led states are trying to stop the rules from taking effect, saying they would cost billions of dollars and violate state sovereignty. 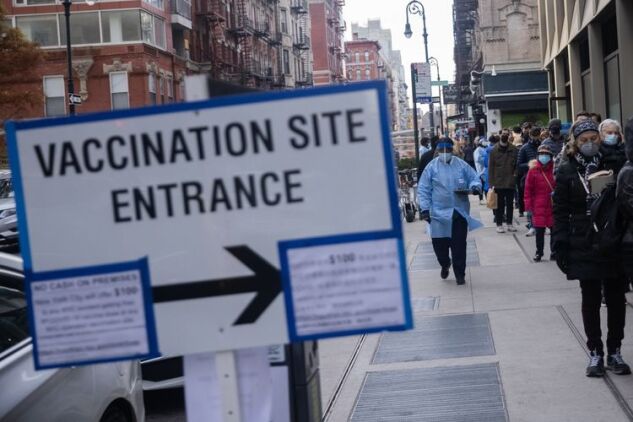 The initiatives represent the heart of Biden’s plan to increase the country’s vaccination rate as the omicron variant in cases. The U.S. Centers for Disease Control and Prevention says only 62% of the country is fully vaccinated and just 35% of people have received a booster shot.

But administration lawyers will have to persuade a conservative-majority court that has already blocked one Biden effort to contain the deadly virus. The justices in August the CDC’S moratorium on evictions, saying that landlords were suffering “irreparable harm” and that Congress hadn’t given the agency the type of “sweeping authority” it was asserting.

“Our system does not permit agencies to act unlawfully even in pursuit of desirable ends,” the court wrote in an unsigned decision that drew dissents from the three liberal justices.

The double showdown will mark the first time in decades the court has heard arguments on emergency requests for a stay without ordering the full briefing that occurs when cases are heard on the merits. The court could rule in a matter of days.

A Supreme Court spokesman said this week that all nine justices have received booster shots, indicating they don’t have personal objections to the vaccines. And the court has been to targeted vaccine mandates issued by state and local officials, repeatedly rejecting religious objections.

The administration has “a rough hill to climb,” said , a constitutional and administrative law professor at Case Western Reserve University School of Law. While state and local authorities have well-established power to protect public health, federal agencies “have more narrow and discrete sources of authority that extend no more broadly than their legislative authorization.”

The bigger of the cases involves an Occupational Safety and Health Administration rule that requires employers with 100 or more workers to make them get vaccinated or be tested regularly, potentially at their own expense. OSHA has said it could start issuing citations as soon as Jan. 10. 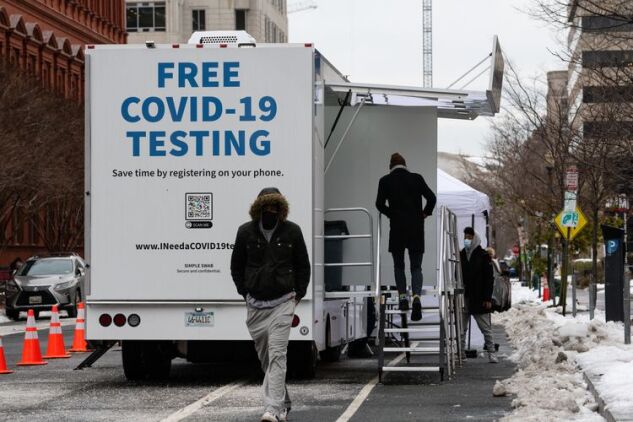 OSHA issued the rule as a so-called emergency temporary standard, or ETS. Under federal law, the agency can put an ETS in place immediately for six months but must meet a more demanding legal test by showing it is “necessary” to protect employees from “grave danger.”

Twenty-six business groups led by the National Federation of Independent Business contend that OSHA didn’t meet that test and that Congress didn’t provide the clear authorization the court’s precedents require for such a sweeping mandate.

“Unless this court immediately stays the ETS’s effective date, on Jan. 10, America’s businesses will immediately begin incurring billions in nonrecoverable compliance costs, and they will lose employees amid a preexisting labor shortage,” the trade associations argued in court papers. They said that OSHA “drastically underestimated” compliance costs when it pegged them at $3 billion.

Ohio is leading a separate group of 27 states challenging the OSHA rule. They argued that the rule “will interfere with the states’ sovereign prerogative to develop vaccine policies best suited to their populations.”

U.S. Solicitor General countered that the rule “falls squarely within OSHA’s statutory authority.” She pointed to the agency’s pre-omicron estimate that the standard will save more than 6,500 worker lives over six months.

“With the reopening of workplaces, the emergence of highly transmissible variants (both delta and omicron), and the rise of Covid fatigue, the danger to workers is not just grave, but worsening,” Prelogar argued.

The second rule, issued by the Centers for Medicare & Medicaid Services, requires vaccinations for employees at facilities that participate in the Medicare and Medicaid health-care programs. Facilities must provide medical and religious exemptions.

Federal law lets CMS, part of the Department of Health & Human Services, impose rules that “the secretary finds necessary in the interest of the health and safety” of patients. Two groups of states, led by Missouri and Louisiana, are challenging the mandate.

Adler, the Case Western law professor, said the administration has a stronger case with the health-care mandate than it does with the broader workplace rule.

“There is a more direct connection between the CMS rule and the federal agency’s interest and authority than there is with the OSHA rule,” he said. 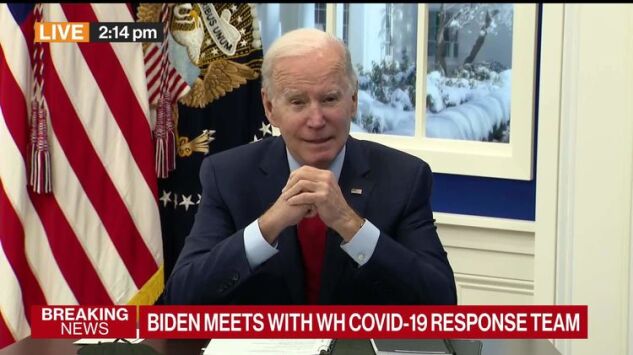 WATCH: Biden says vaccination is the best way to protect children from Covid and the omicron variant.
Source: Bloomberg

With both rules, a central issue is whether the main effect will be to keep people healthy and on the job, or instead prompt employees to quit rather than comply.

The NFIB-led group says surveys indicate a large percentage of workers would resign, exacerbating what is already a historically tight labor market.

But , who served as acting director of CMS when was president and advised Biden on Covid for a few months, says data shows that when mandates are put in place, the vast majority of workers eventually agree to get vaccinated.

“There are a lot of people that don’t like shots, and they just don’t want to go out of their way to get a shot, but if they need to, they will,” Slavitt told reporters. “They don’t have strenuous objections.”