President-elect has picked , the federal judge who never got a confirmation hearing as Barack Obama’s Supreme Court nominee five years ago, as his choice for attorney general, according to two people familiar with the matter.

The nomination of Garland, who currently serves as chief judge of the U.S. Court of Appeals for the District of Columbia, will resonate with Democrats after Senate Republicans led by prevented him from even getting a confirmation hearing for the high court in 2016.

Biden is also picking for deputy attorney general and as associate attorney general, according to people familiar with those decisions. Monaco spent almost two decades at the Justice Department and was homeland security adviser in the Obama administration. Gupta headed the department’s Civil Rights Division under President Obama. 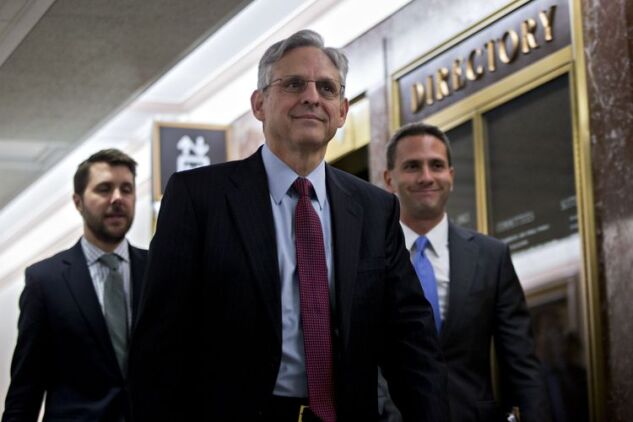 A spokesman with Biden’s transition team declined to comment.

Biden made his decision before Tuesday’s runoff election for two Senate seats from Georgia but held off on making it public until it was clear that Democrats will have the Senate majority, one person familiar with the process said. It will be much easier for Biden to fill Garland’s current appellate court position with Democrats in the majority.

The choice of Garland fills the last of the “big four” cabinet posts Biden had remaining, after earlier naming his choices for secretaries of defense, state and treasury.

Obama nominated Garland in March 2016 for the Supreme Court vacancy created by the death of Justice . Although Garland received bipartisan praise, Republicans who controlled the Senate argued that any nomination should wait until after the American public had a chance to vote, even though the presidential election was still eight months away. Later, the Senate confirmed President ’s choice for the seat, .

When Justice died in September last year, Republicans abandoned their argument about election-year nominations, pushing through a confirmation of days before the Nov. 3 election.

Biden’s pick drew an enthusiastic response from Republican of South Carolina. In a tweet, he called Garland “a sound choice” and “a man of great character, integrity, and tremendous competency in the law.”

Garland, 68, is a veteran of the legal community and Justice Department.

He first served in the department as a special assistant in President Jimmy Carter’s administration before going into private practice. He returned to the department for a brief stint in 1989 as an assistant U.S. attorney. 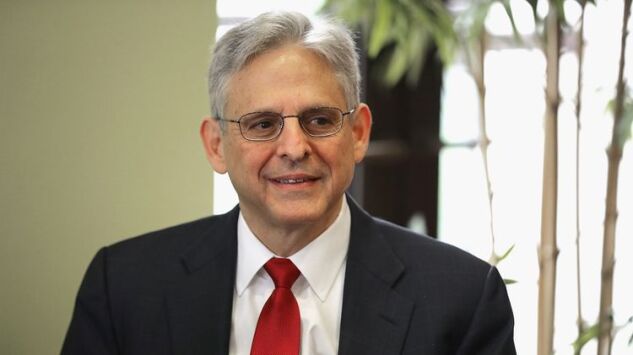 Garland oversaw high-profile domestic terrorism prosecutions, including for bombings in Oklahoma City and at the 1996 Atlanta Olympics.

President nominated Garland to be a judge on the U.S. Court of Appeals for the District of Columbia, and he was confirmed in 1997. He became chief judge of the panel, which has influence second only to the Supreme Court, in 2013.

Biden chose Garland after figures including former Deputy Attorney General , Democratic Senator and former Massachusetts Governor had been talked about as candidates for the position.

If confirmed, Garland would become the nation’s top law enforcement officer after a year in which protests against systemic racism -- sparked by the death of an unarmed black man, , by Minneapolis police -- dominated the nation’s politics for months.

“People need to be reassured that the government can be trusted, that the Justice Department can be trusted and that we have a system where no one person is above the law,” said , who served as deputy attorney general under President George H.W. Bush. “The biggest single thing is to have an attorney general who will make it the main point of their first two years to restore trust in the Justice Department.”

From the beginning of his presidency, Trump made no secret that he expected “loyalty” from his attorney general and FBI director. In one of his first major crises, Trump fired FBI Director James Comey, precipitating the appointment of a special counsel to look into Russian influence in the 2016 campaign.

Biden and his new attorney general are expected to pledge to maintain a bright line limiting interactions between the department and the White House, former department officials said.

Yet the department will have to navigate political land mines, from whether to push for charges against Trump once he leaves office to how to handle an ongoing criminal investigation by federal prosecutors and the Internal Revenue Service into Biden’s son, .

There’s also a probe into the origins of the FBI investigation of Russia’s 2016 interference. It’s being led by , the U.S. attorney in Connecticut, who then-Attorney General William Barr appointed as a special counsel in October. The designation helps ensure that the investigation will carry into the Biden administration. Garland is likely to be questioned intensely during his confirmation hearings about how he plans to handle that investigation.

Monaco spent 15 years in the Justice Department during the Clinton, George W. Bush and Obama administrations. Her selection indicates that Biden wants to pair Garland with a trusted ally and veteran of the department who has years of national security and intelligence experience. As deputy attorney general, she’ll manage all components of the department and U.S. attorneys across the country.

In 2011 Monaco became the first woman to lead the Justice Department’s national security division, a position that required Senate confirmation. In 2013, Obama selected her to be the White House homeland security and counterterrorism adviser.

The choices also align with Biden’s pledge to bring more diversity to the department’s top ranks and to revive civil rights, voting rights and police oversight as priorities.

Gupta, who is currently president and chief executive officer of the Leadership Conference on Civil and Human Rights, led the department’s civil rights division from 2014 to 2017.