Democratic presidential nominee says he would set up a bipartisan commission to study reforms to the U.S. court system, spurred by his party’s calls to expand the number of seats on the U.S. Supreme Court amid the fight over replacing Justice .

Biden told CBS’s “60 Minutes” in an interview airing Sunday that the commission would look at several alternatives which he didn’t define. But Democrats and legal scholars have suggested term limits and jurisdiction stripping as well as adding seats to the nine-member high court, known as “court packing.” 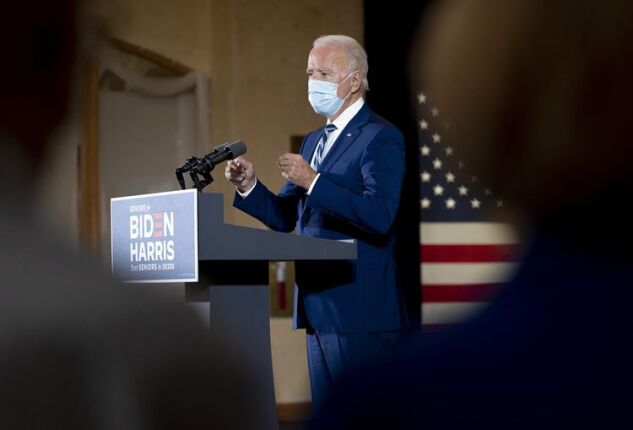 Biden has said recently he’s “not a fan” of court packing and has more definitively opposed it before he was running for president.
Photographer: Jim Watson/AFP via Getty Images