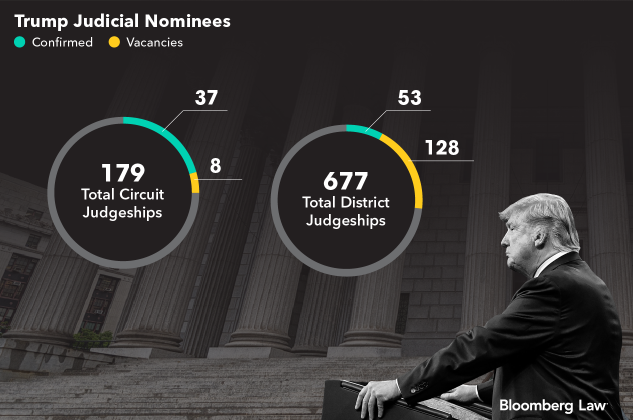 Approved with bipartisan support, 78 to 21, Bade is the fourth Trump appointee to the San Francisco-based Ninth Circuit, which he’s disparaged after adverse rulings in closely watched immigration cases.

Bade has been a magistrate judge at the U.S. District Court for the District of Arizona since 2012. She was an assistant U.S. attorney and also worked as special counsel at Steptoe & Johnson in Phoenix.

Trump has named Kenneth Lee, Daniel Collins, and Daniel Bress to fill three other vacancies on the Ninth Circuit.