The House will transmit the single article of impeachment to the Senate on Monday and, as in previous impeachments, senators will be sworn-in as jurors the next day. Schumer said he reached an agreement with GOP leader that both the House impeachment managers -- who will prosecute the case -- and Trump’s defense team will have almost two weeks to prepare briefs. 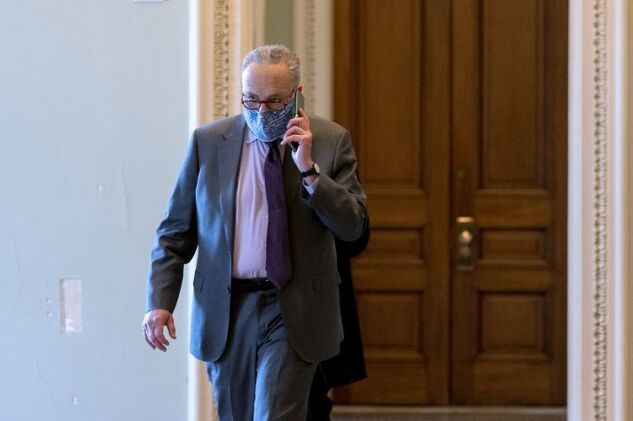 The deal on the timetable resolves one of the main challenges for Biden and Democrats in filling the president’s cabinet and beginning work on his Covid-19 relief plan. It reflects a compromise with McConnell, who urged setting a timeline that would have had pre-trial briefs filed by Feb. 11.

The House impeached Trump for the second time on Jan. 13 on a single article charging him with inciting an insurrection for his role in stoking a mob of supporters who went on to storm the U.S. Capitol, resulting in the deaths of five people and damaging the building.

“We all want to put this awful chapter in our nation’s history behind us,” Schumer said on the Senate floor. “But healing and unity will only come if there is truth and accountability. And that is what this trial will provide.”

McConnell’s spokesman, Doug Andres, said in a statement that the GOP leader was “glad” that Schumer agreed with his request for more time.

“Especially given the fast and minimal process in the House, Republicans set out to ensure the Senate’s next steps will respect former President Trump’s rights and due process, the institution of the Senate, and the office of the presidency. That goal has been achieved,” Andres said.

As with Trump’s first impeachment, Speaker plans a ceremonial procession Monday evening through the Capitol -- led by the House clerk and acting sergeant-at-arms, and including the nine House managers -- for the delivery of the impeachment article to the Senate.

The procession will move through National Statuary Hall and the Capitol Rotunda to the Senate, where the article will be presented to the secretary of the Senate. At that time, lead House impeachment manager Representative of Maryland will read the article on the Senate floor. The managers will then go back to the House chamber.