Facebook Inc.’s and Twitter Inc.’s will be forced to defend themselves from accusations by Republican senators that their labeling of President ’s social-media posts claiming voter fraud as false or misleading amounts to censorship of conservative content.

The chief executive officers of the social networks are scheduled to testify before the on Tuesday in their second congressional appearance in a month to defend themselves against charges of silencing conservatives. 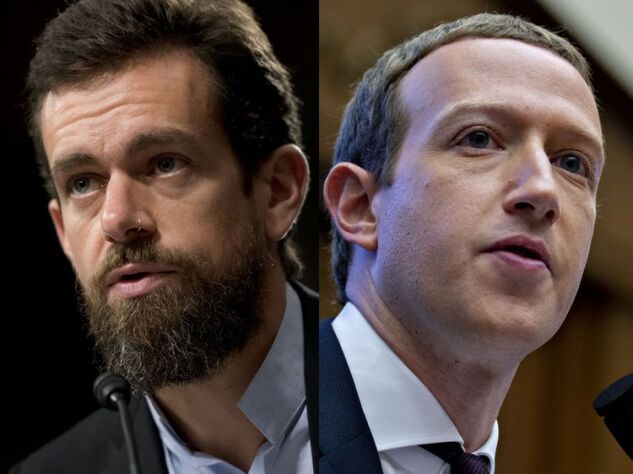 The session is likely to focus on Twitter and Facebook’s handling of Trump’s statements about the election process and outcome, many of which have been labeled as false or misleading, as well as their of an October story in the New York Post that was seen as potentially damaging to Democrat .

During a tense that month, Zuckerberg and Dorsey heard complaints that they were trying to tip the scales for Biden in the election ahead. Now they’re facing a GOP that for the most part hasn’t recognized Biden as the president-elect.

The censorship complaints aren’t the CEOs’ only political problem: Many conservative users are out a competitor, Parler Inc., that courts right-wing influencers. Some moving to Parler are urging others to follow them there. The social media sites must also watch for hints about what policies will be adopted by President-elect Biden, who has expressed about some of the companies’ practices.

Dorsey will make similar arguments to the ones he made last month, raising the possibility that users could customize their feeds through “algorithmic choice,” which would let them pick between different methods for determining what they see in their feed, according to a copy of his prepared testimony. Right now, that solution is theoretical, but Dorsey envisions a world where users have multiple algorithms to choose from, including some that are created outside of the social networking companies themselves.

Dorsey will also tell Congress that he’s open to changes to a liability shield that protects online companies from lawsuits over many types of user content and makes it easier for them to remove posts. At the same time, he warns against “unintended consequences” of quick changes to the provision, known as Section 230 of the Communications Decency Act.

“Completely eliminating Section 230 or prescribing reactionary government speech mandates will neither address concerns nor align with the First Amendment,” according to Dorsey’s remarks. Lawmakers from both parties have criticized the law, but many Republicans have sought changes to force the companies to leave up more conservative content.

Alleged bias against right-wing voices has long been Republicans’ greatest charge against social media platforms, but the 2020 U.S. election has brought those accusations to the fore. Addressing reporters at the White House two days after the election, Trump himself made baseless claims of “historic election interference from big media, big money and big tech.”

Trump has been contesting the election loudly and repeatedly on Facebook and Twitter, and is now breaking the companies’ election-related rules on an almost-daily basis.

On Twitter, dozens of Trump’s tweets since election night have been labeled for various rule violations, including sharing misleading information about voting results or trying to diminish election returns. On Sunday, he from a tacit concession, tweeting that Biden had only won in the eyes of the media.

Facebook, too, has been labeling most of Trump’s posts since the Nov. 3 election, though it labels all political posts regardless of accuracy. Still, some of the recent labels directly contradicted statements Trump made about the outcome, and read: “Joe Biden is the projected winner of the 2020 U.S. Presidential Election.”

These labels are likely to be a topic of discussion at Tuesday’s hearing. Although posted by private companies, many conservatives see them as an infringement on free speech, or at least an effort to diminish the president’s message and limit debate.

Many GOP senators, to energize their voters in two Jan. 5 runoffs in Georgia that could hand Senate control to Democrats, have down on Trump’s claims about the election, although they’ve largely focused on the media’s role in calling the race and unsupported claims of voter fraud. These include Senators , the Judiciary Committee’s chairman, and , who sits on the panel.

Some Democrats, meanwhile, would prefer Facebook and Twitter remove Trump’s posts entirely, but both companies have argued that it’s in the greater public interest for people to hear from elected leaders. Zuckerberg has argued that the best way to fight misinformation is with more information -- a nod to Facebook’s banners and labels that click through to authoritative election information. 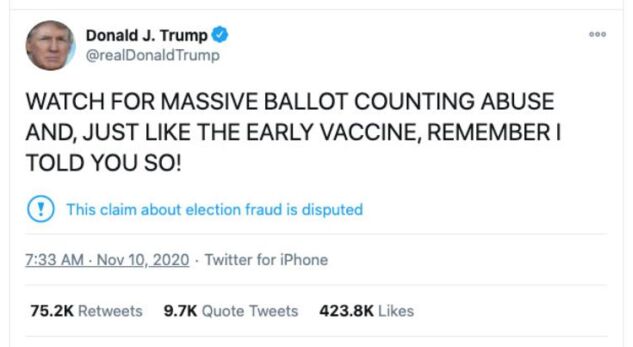 These tensions already played out once in recent weeks, when Zuckerberg and Dorsey testified at the Senate Commerce Committee alongside Google CEO . The Facebook and Twitter executives faced sharp questioning over their moves to curb a New York Post story about the international business dealings of Joe Biden’s son. The companies cited questions about the story’s sources.

“Who the hell elected you and put you in charge of what the media are allowed to report and what the American people are allowed to hear?” Cruz, who also sits on that committee, shouted at Dorsey during the October hearing. The Texas Republican has also been posting about the election on Parler, which has seen its downloads skyrocket since the election.

Tuesday’s hearing was initially called to address New York Post story, but the topic has since been broadened to focus on “Censorship, Suppression, and the 2020 Election,” according to the committee. The panel has also announced plans to push forward a Graham bill to rein in Section 230 and take away companies’ discretion over removing political posts.

The session could signal how Republicans, who are likely to hold onto the Senate, may seek to target the companies next year, particularly if they continue to anger conservatives. Twitter has confirmed that once Trump leaves office, he won’t receive special treatment on its platform, meaning his repeated policy violations could lead to more severe punishments like account freezes or suspensions.

The companies, meanwhile, are unlikely to have an easier time under the incoming Democratic White House. Biden and his campaign team have criticized Facebook’s handling of Trump’s account and misinformation for months, including since the election. Biden has also been vocal about wanting to revisit Section 230.

Biden is also to take a tougher approach to antitrust enforcement than President did. Facebook is poised to face at least one competition lawsuit from the U.S. Federal Trade Commission and a coalition of states in coming weeks, Bloomberg has .

To contact the reporters on this story:
in Washington, D.C. at btenerellabr@bloomberg.net;
in San Francisco at kwagner71@bloomberg.net