’s boss embarked on an apology tour to reassure users that he’s working to improve security and privacy on the videoconferencing app that has emerged as the virtual town square of the coronavirus epidemic.

Chief Executive Officer Eric Yuan started the mea-culpa messaging with an April 1 blog post on Zoom Video Communications Inc.’s website, saying “we recognize that we have fallen short of the community’s – and our own – privacy and security expectations.” He sounded similar notes in an interview in the Wall Street Journal and a Sunday appearance on CNN’s “Reliable Sources.”

“I really messed up as CEO, and we need to win their trust back,” Yuan told the Wall Street Journal. “This kind of thing shouldn’t have happened.”

The lapses have driven away customers including , who banned the use of Zoom for and due to privacy concerns. New York City has directed its schools -- a system with more than 1.1 million students -- to move away from using Zoom as soon as possible.

“We will support staff and students in transitioning to different platforms such as Microsoft Teams that have the same capabilities with appropriate security measures in place,” said Danielle Filson, a spokeswoman for the New York City Department of Education. 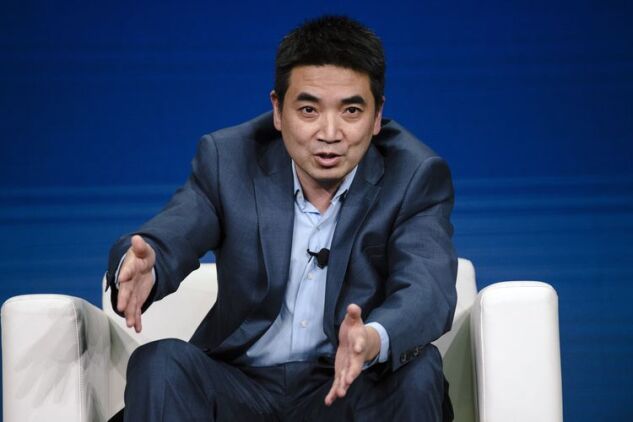 The company is working to protect privacy, including adding end-to-end encryption that is still months away, Yuan said. For now he’s trying to keep customers on board. Many of the problems stem from the fact that the app was geared toward enterprise clients with their own IT security teams, instead of the broad consumer app it’s become.

“We are still in the process of working with New York schools to make sure we do enforce security safety,” Yuan told CNN.

Since the public-health crisis unfolded, Zoom has become the most downloaded free app on ’s iOS App Store, ahead of TikTok, DoorDash, and Disney+.

RBC Capital Markets analyst has a sector perform rating and $125 price target on Zoom, which closed at $128 Friday. “If the company is able to provide new default settings that solve 90% of the issues, which I view as totally reasonable, it should be fine,” he said.

The Federal Bureau of Investigation issued a warning Monday about videoconference hijacking, the Journal said. In the U.S., 27 attorneys general’s offices have raised questions about privacy issues, Zoom said, adding that it is cooperating with authorities.

The number of daily meeting participants across Zoom’s paid and free services has gone from around 10 million at the end of last year to 200 million now, the company said. Most of those people are using its free service.

To contact the reporter on this story:
in New York at hwaller@bloomberg.net