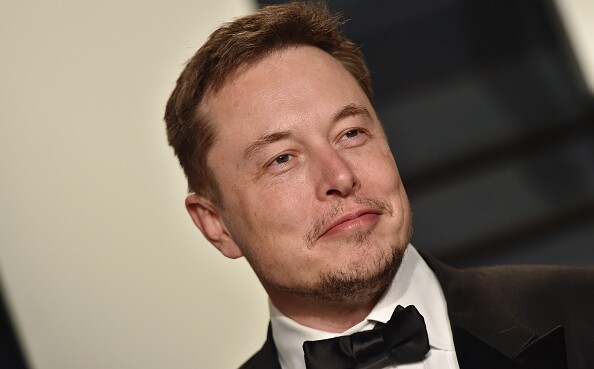 A Tesla stockholder is claiming that Elon Musk improperly tweeted about the company’s prospective operations, and the tweets are already the subject of two lawsuits. Tucker Ellis attorneys take a look at the stockholder’s lawsuit to review Tesla’s corporate books and records and give key takeaways.

A Tesla stockholder has sued to enforce his statutory request to review Tesla’s corporate books and records, arguing that Tesla has “repeatedly and systematically” permitted CEO Elon Musk “to publicly disseminate false and misleading information about Tesla with devastating consequences to the company and to Tesla’s shareholders.”

Stockholder Chase Gharrity contends that the records requested under 8 Del. C. Section 220 will permit him to investigate potential mismanagement by Tesla’s board of directors before instituting any derivative action on behalf of the company.

Gharrity filed a complaint March 20, 2019, in the Delaware Court of Chancery requesting the court enforce his written demand to Tesla to disclose certain board and senior management materials, including any internal controls or communications, related to Musk’s behavior and social media usage while employed in his role as CEO. (See Gharrity v. Tesla Inc., complaint at 9-12).

Gharrity’s request stems from Musk’s allegedly improper use of his Twitter account to tweet about Tesla’s prospective company operations, which is the subject of two lawsuits: 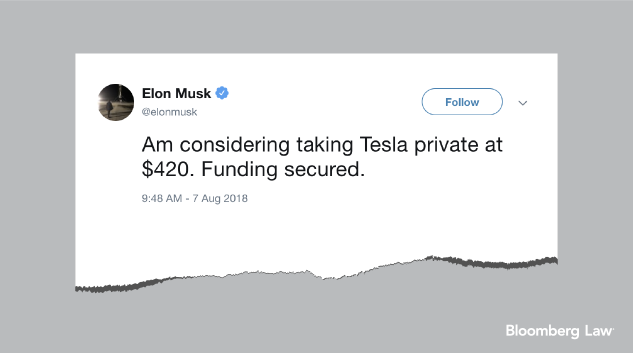 The allegations in those cases are the basis for Gharrity’s records request.

After initially objecting to Gharrity’s records demand, Tesla agreed to disclose a select subset of documents as long as Gharrity signed a confidentiality agreement. Gharrity signed, but Tesla provided only very limited materials—primarily director questionnaires from 2017 and 2018.

Gharrity maintains that because his record requests are proper, premised on potential breaches of fiduciary duty by Tesla’s board of directors, Tesla should provide him all documents within the scope of his request. Given the current state of the law regarding Section 220 corporate records requests, Tesla will be hard pressed to argue against further disclosure but is likely to be successful in limiting it.

Section 220 requests are intended to be an inspection tool. The statute requires proof, by a preponderance of the evidence, that the stockholder has a “proper purpose” for seeking disclosure, which is a purpose “reasonably related to the stockholder’s interests as a stockholder.” (See KT4 Partners LLC v. Palantir Technologies Inc., Del. Ch. Jan. 29, 2019).

If the interest is “proper,” the Court of Chancery has held that a stockholder should be provided all documents “necessary and essential” to the stockholder’s proper purpose that are within the possession or control of the corporation. (Delaware has a relatively restrictive standard for records review. A stockholder of a Delaware corporation must demonstrate both that the stockholder has a “proper” purpose and that the requested records are “necessary and essential” to achieving the requesting stockholder’s “proper” purpose. The statutory standard for corporate books and records requests in most states is a “reasonable and proper purpose.)

Documents are “necessary and essential” to a proper purpose if the documents:

Delaware courts have routinely held that investigating potential wrongdoing and mismanagement of a corporation by the board of directors is a proper purpose upon which to request review of corporate books and records. Gharrity alleges that Tesla’s board of directors and senior management breached their fiduciary duties by failing to exercise oversight of Musk’s statements and implement sufficient internal controls to prevent Musk’s routine twitter disclosures.

The allegations meet the proper purpose test, as Tesla’s alleged mismanagement is reasonably related to Gharrity’s interests as a stockholder. Indeed, Tesla’s agreement to provide certain records to Gharrity in exchange for his executing the confidentiality agreement may make it difficult for Tesla to contest Gharrity’s purpose.

The Court of Chancery is likely to concur that the requested documents are necessary and essential to Gharrity’s purpose, because the records establishing oversight (or, as Gharrity alleges, the lack of oversight) are only available through the records request. Gharrity does not have access through some other means.

Finally, Gharrity must “present some evidence that establishes a credible basis from which the Court can infer there are legitimate issues of possible waste, mismanagement or wrongdoing that warrant further investigation.”

Still, the scope of records that Gharrity will be permitted to review will almost certainly be significantly limited by the Court of Chancery. The request is extremely broad, requesting “all Board Material and Senior Management Material.” While a corporate records request does not have to be “circumscribed with rifled precision,” it must address the crux of the stockholder’s stated purpose. Precedent suggests that Gharrity’s requests will be narrowed.

Given the well-pled proper purpose and the generally straight-forward factual posture, Gharrity’s suit is unlikely to break new legal ground. The primary teaching of the case arises from the unexplained failure of the parties to resolve the scope of records review before Gharrity executed the confidentiality agreement.

Agreeing to provide corporate records in exchange for a confidentiality agreement, but then only providing director questionnaires, seems like an obvious provocation to Section 220 suit. Tesla’s position that Gharrity’s records requests are overbroad is well taken, but Tesla may have hamstrung its position by, possibly, having already conceded that Gharrity has a proper purpose. Tesla may have had a stronger position to narrow disclosure at the time of negotiation, instead of deferring the issue to the foreseeable lawsuit.

Tod Northman, a partner in the Cleveland office of Tucker Ellis LLP, has practiced transactional law for 25 years. In addition to mergers and acquisitions, his practice focuses on aviation and emerging technology, including autonomous vehicles.

Daniel Schiau, an associate in the Cleveland office of Tucker Ellis LLP, practices transactional law. In addition to mergers and acquisitions, his practice focuses on corporate counseling and real estate.