When wanted everyone to see her lie, she paid Facebook to spread it for her.

Warren, a Democratic senator from Massachusetts and a 2020 U.S. presidential hopeful, took out a series of Facebook ads in early October claiming that the company’s chief executive officer, , had endorsed for president. That wasn’t true, and Warren knew it. But she wanted to make a point: that ’s policy, which states the company does not and will not fact-check political ads, is dangerous. 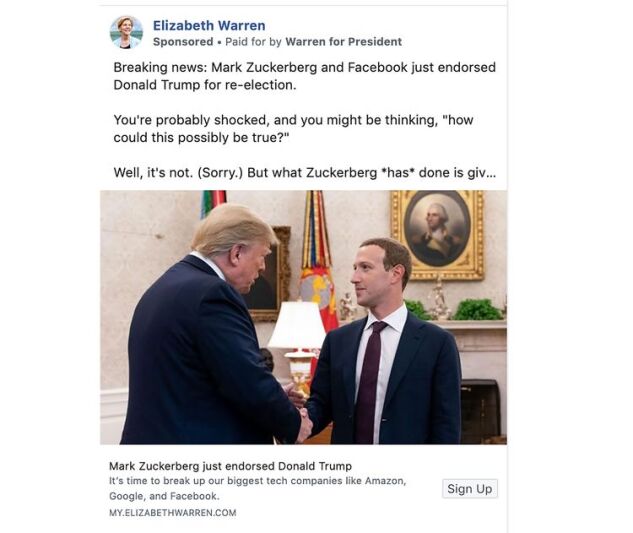 “If Trump tries to lie in a TV ad, most networks will...

To read the full article log in. To learn more about a subscription click here.
Kurt Wagner