Count the chief of the biggest U.S. bank among doubters of ’s effort to create a cryptocurrency.

“It was a neat idea that’ll never happen,” Chief Executive Officer said Friday on a panel at a conference hosted by the Institute of International Finance in Washington. 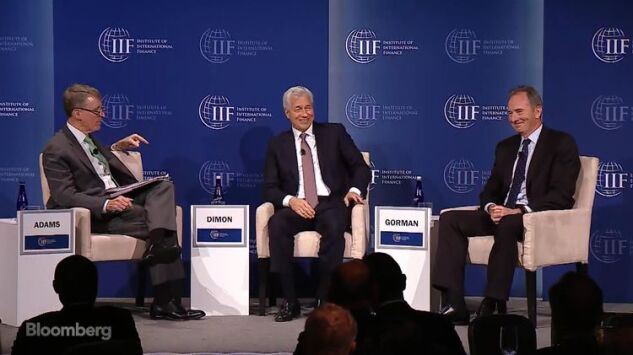 JPMorgan’s Dimon participates in a panel at an IFF conference in Washington.

Dimon said the idea wasn’t particularly unique and pointed to his own firm’s stablecoin, JPM Coin. The Libra Association, the group that will oversee the digital currency, took a blow last week when several key partners, including , and ,...