President Biden’s top adviser on internet policy said he will play a larger role in shaping how companies protect users’ data as part of a broader push by the US to influence the tech industry.

Alan Davidson, who leads the National Telecommunications and Information Administration, told Bloomberg Government on Monday afternoon that Biden and members of Congress are “regularly” asking his agency to give them practical advice on how to protect consumer privacy.

His team is also advising them on how to promote competition in the tech industry and improve cybersecurity. 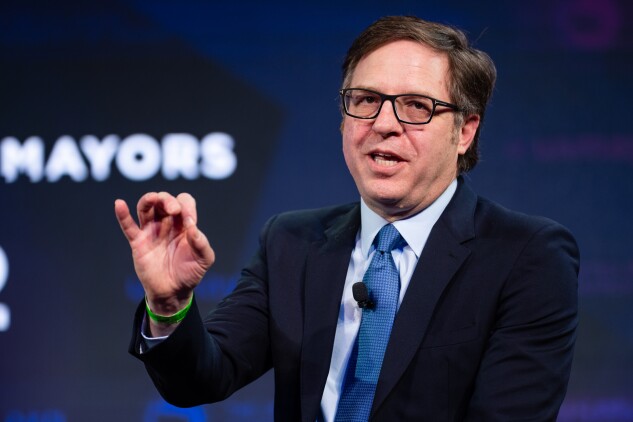 Alan Davidson, head of the National Telecommunications and Information Administration, speaks at the US Conference of Mayors winter meeting in Washington, D.C., in January 2022.
Photographer: Eric Lee/Bloomberg via Getty Images

Biden is under pressure from privacy advocates to use agency authority to protect Americans from having their personal information widely tracked and shared online, after a privacy bill stalled in Congress despite bipartisan support.

Davidson, who joined the agency in January after stints as a Washington advocate for Mozilla Corp. and last week called for new limits on how companies use personal information to personalize ads online, an issue the Federal Trade Commission is looking to tackle.

He urged the FTC to impose stricter guidelines to curb what it called “commercial surveillance” and limit the amount and kind of personal data corporations can collect, store, and sell.

NTIA is part of the Commerce Department, and its role in consumer privacy has waxed and waned over the past decade. It helped craft the Obama White House’s privacy “bill of rights.”

The agency started working on a national approach to privacy again during the Trump years. The push stalled, as the agency cycled through five leaders in the final 20 months of Trump’s presidency.

Separately, Congress has given NTIA $42.5 billion to improve access to high-speed internet nationwide, particularly in rural and high-poverty areas.

Roughly 30% of Davidson’s staff joined the agency since January and most are working on the internet expansion, he said. Nearly 560 people worked at NTIA as of June 2022, according to federal employment statistics.

To contact the editors responsible for this story: at jmartin@bloombergindustry.com; at lduggan@bgov.com